Recognizing Women's Agency As We Continue to Celebrate Women's Month 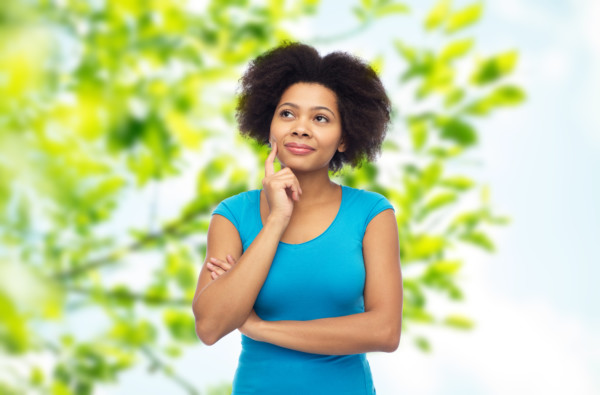 In Nigeria, a lot of people love to compare sex workers with yahoo boys, with the claim that both are a menace to the society. Many people share the opinion that sex workers are immoral people who corrupt the society and are not good models for our young ones. On the other hand, while a particular group swindles people to make money, the other party’s activities are quite transactional.

One of the perks of being a woman should be the freedom to do whatever she wants as an adult – as long as she’s not committing a crime. This includes the freedom to buy and sell sex to a willing party. If transactional sex is to be viewed as a crime, then both parties – the seller and the buyer – should be prosecuted. If it must also be seen as a moral crime, then the seller and the buyer should be considered immoral.

The only reason why it is only the woman who feels the heat of transactional sex is because many people have still not come to terms with the fact that a woman has absolute control over her body and what she wants to do with it. There is also a certain shame associated with a woman who loves sex or has sex with different men – she’s a whore. Unlike a man who has sex with the different women – he’s sexually aware, or sexually liberated. He’s a G.

When we begin to see women as a whole entity who is capable of making her own decisions – without the dependence of men – and who needs to be accorded the same respect and honour that all humans deserve, we will, to an extent, not vilify women for the same things we applaud men for.

Celebrating women in the month of March shouldn’t be all about making videos or graphics that clearly do not communicate what equality for women is, writing threads talking about “a woman is way stronger than a man, whatever you give her, she doubles it. If you give her 50 Naira, she will make full Egusi soup with assorted meat”, or having conferences upon conferences that do not make practical changes to the plight of women.

To celebrate women, we have to first see them as humans. Don’t be tempted to say ‘ehen, are they not humans before?’ But seeing women as humans – whole and complete – means that you do not decide what they are going to be, do or say based solely on their gender.

When you begin to view women as humans – whole and complete – the idea of a woman being your boss, or a woman being the breadwinner or a woman doing whatever the wants to do without the approval of a man will not irk you.

To make practical changes, we must begin to enlighten people on why a woman is equal to a man and why the idea of a head and neck or a helper does not in anyway help the plight of women. A woman is not under a man.

In teaching equality, we also teach them consent. If you believe a woman is a complete and independent entity, you would not assume that you have the right to grope her in the market place or even assume that her body belongs to you in any way.

Our focus should be on disrupting the thought-process of a socially-conditioned human – both male and female – who believes that a man and a woman cannot be equal. This should be done, not just at the elite or middle-class level, but even at the ‘lowest of the lows’ level. Let an average Tamodu in the marketplace know that a woman is equal to a man. If Muhammed understands that, then he won’t send his daughter off to marriage at 12 years of age. Perhaps if Akpan understands gender equality, he won’t send his daughter off to his creditor as a way of paying off his debt.

The major thing we should consider for Women’s Month in 2020 is how to ensure the gender-equality message trickles down to every nook and cranny of the country – and the world at large, perhaps not because men will begin to respect women (because truth be told, many men don’t want to relinquish their ‘headship’ title) but because we need the average 10-year-old Halima in Zamfara to know her right and be able to stand firm. We also need more women to be aware of their full potential and be unapologetic about their strength, intelligence – generally about who they are.

This is not going to be an easy job and it might take years, decades or centuries to achieve. It is thus important to start taking the right step in the right direction. With baby steps, we can change the world.

Only then will women be truly free.

Amina Alabi: Each For Equal – a Lifelong Mandate