Surviving COVID-19: What We Learned from Seun O's Interview with Elizabeth Osho 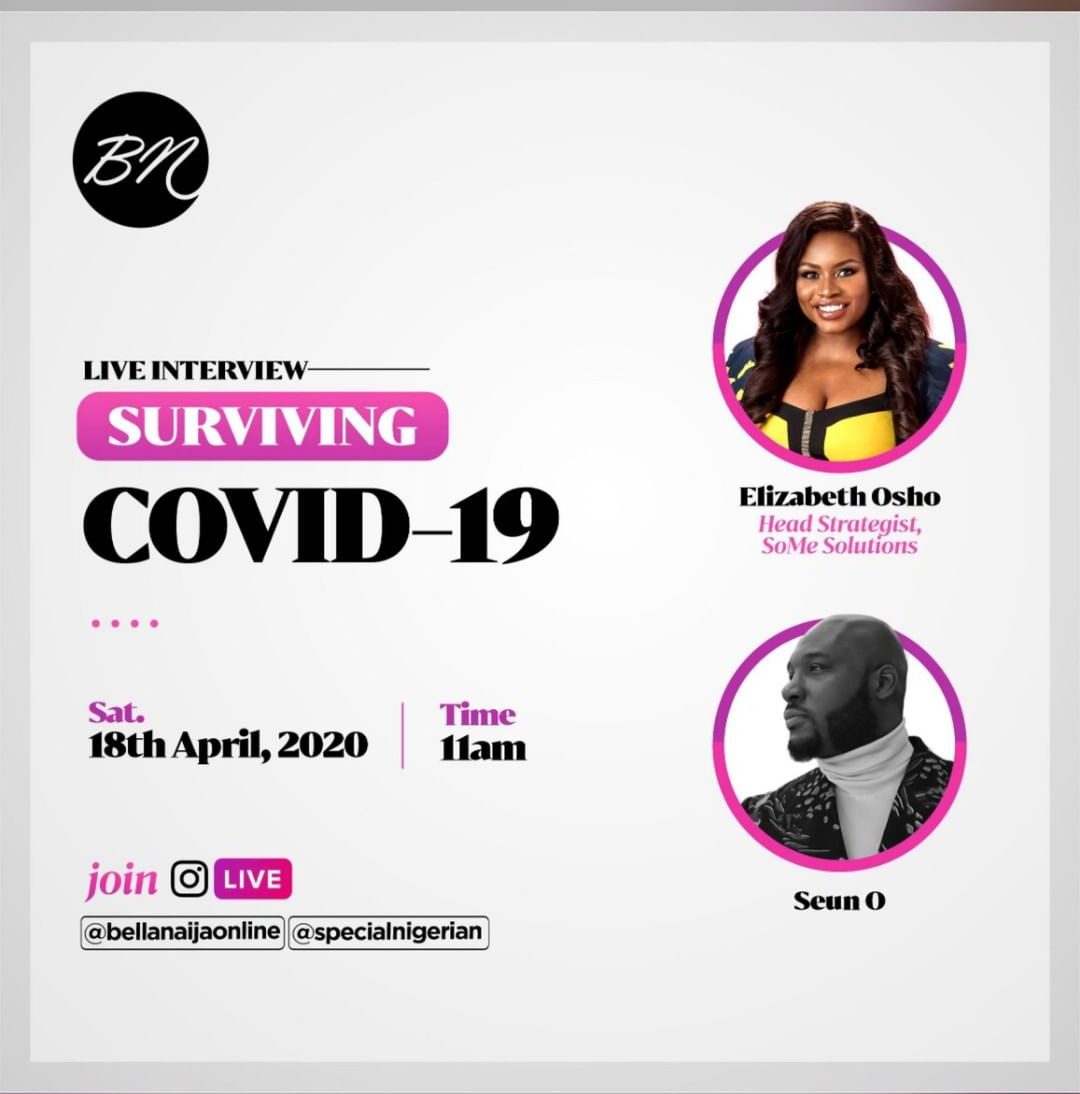 In an InstaLive interview, Elizabeth Osho had a chat with a renowned photographer, Seun O, one of the many COVID-19 survivors who got people talking after attending a high profile award event in Lagos.

Seun spoke about his experience, what happened, his time at the isolation centre, and how he overcame the virus.

Here’s what we learned:

He left the UK on the 12th of March, and arrived Nigeria on the 13th of March. He was an official photographer for the award event which took place on Saturday, March 14. Carrying out his task during the event, he was all fine, in good spirit and felt no symptom of the virus. The next night after the event (Sunday night), he started to feel ill with symptoms of tiredness and fever.

When he suspected he’d contracted the virus, he got in touch with people he was in close contact with, and one of his conversations with a trusted friend got leaked and made the rounds on social media. He was in isolation for five days, and later went to the hospital to get tested.

Upon visiting the hospital and providing the necessary information such as his symptoms and travel history, the hospital then contacted Lagos State and the NCDC about him. Describing how the COVID-19 test procedure went, he said a stick-like instrument goes up the nostrils, a very uncomfortable and painful process.

When the Lagos State Commissioner of Health, Akin Abayomi, contacted him about his COVID-19 positive status, he was scared. He said he felt like his world was crashing down because he had the virus that was killing people around the world.

The isolation centre: For Seun, it was an experience he will not regret. The people in his ward were exceptional characters, he said, and all 15 to 16 patients in his ward are now COVID-19 survivors.

His treatment: Everyone in his ward had different symptoms. The first time he got to his ward, after dinner, he had his first antiretroviral, antibiotics, calcium and paracetamol.

Stigmatization: It is a very serious issue for Seun. He met people in the isolation centres who didn’t want their families, friends or colleagues to know they had coronavirus.

Photographer Seun O (@specialnigerian) talks about his journey, before and after attending a high profile awards event in Lagos in March. CC: @theelizabeth_ #BellaNaija #BNCovid19 bellanaija.com

Level Up Your Rice Dish with these Irresistible Recipes | WATCH