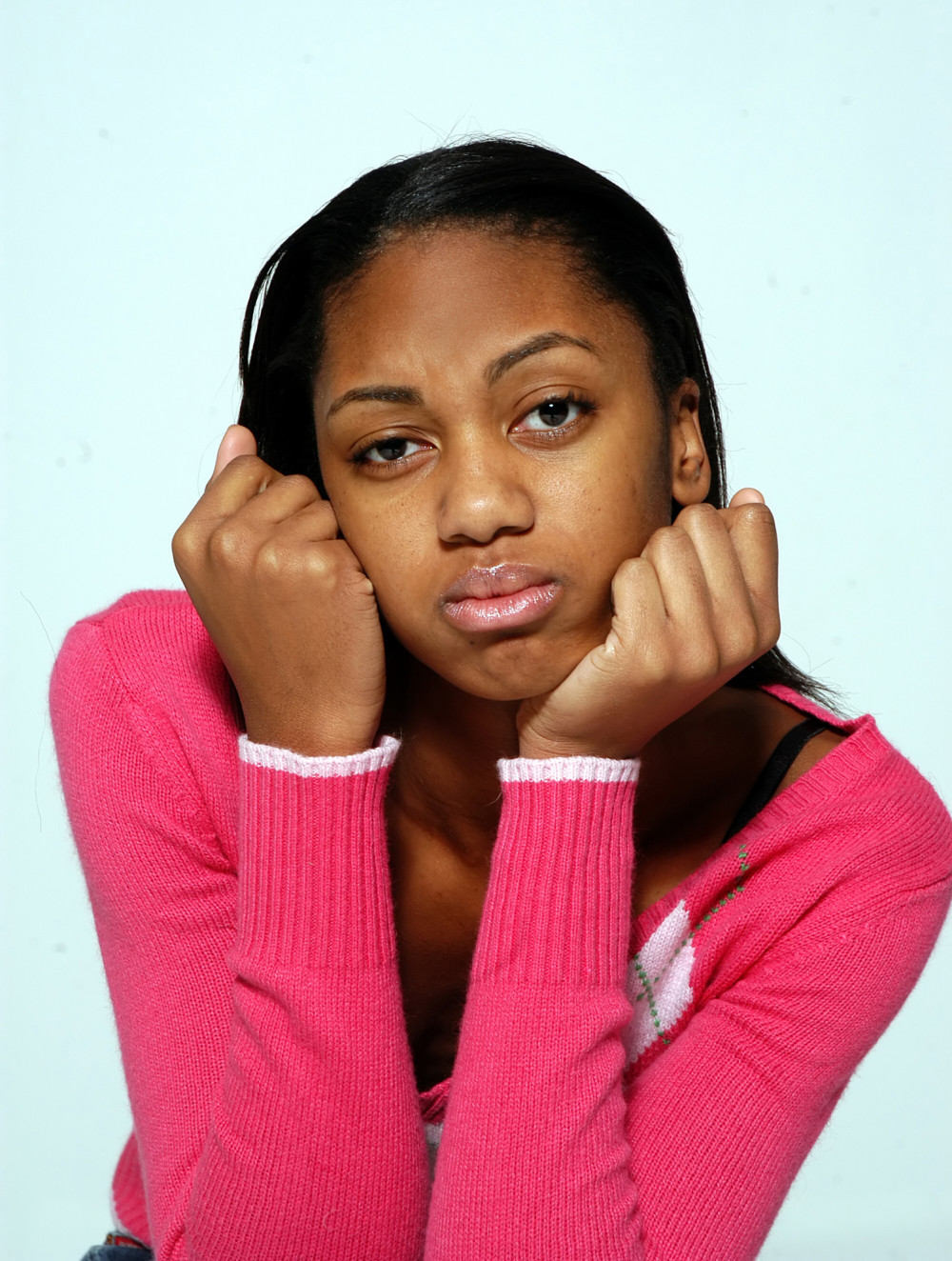 Sexual violence is one of the most horrific weapons of war, an instrument of terror used against women and men. It is described as “quiet, cheap and scarily efficient”.

In war and conflicts, men were known to own the physical power and were trained to withstand pain. Men who fought in wars, sometimes, knew what they were getting into – they knew there’ll be lots of pain and blood. Thus, in many cases, it was difficult to break a man who didn’t fear death, a man who had made up his mind to fight until his last breath.

One way soldiers – or people fighting in wars generally – have been able to break ‘strong’ men is by raping their women. It was also a form of revenge and a way to “send a message to my enemy”.

Let’s digress a little. In the movie, Prison Break, there is a scene where T.Bag tells Sara Tancredi that he is going to rape her as a way to get back to Michael Scotfield – who he deeply loathes. In his words, he is going to rape Sara so that every time “Michael sees you or wants to touch you, he will see me”.

This is how many people think when they are fighting, rape is a way to get back at their opponent(s). It doesn’t matter if or how it affects the women.

Women are the spoils of war. The ‘enjoyment’ that comes after soldiers have worked and conquered. They are the gifts given to warriors and lords after a war well-fought.

In 1945, Germany saw the largest incident of mass rape known in history, where an estimated two million German women were raped by the Soviet Red Army soldiers, within 8 months.

In the German-Russian war, the Red Army soldiers would mass rape German women as a kind of revenge against their enemy.

One reason why rape is an ‘effective weapon’ in war is because women have always been seen as the properties of men and a woman who has been touched by a man other than her husband has been defiled and desecrated. She’s been made dirty. So raping a woman was an insult to her husband. It is like staining one of his properties. Defiling a place only him has the right to go into.

Major-General Patrick Cammaert, former commander of UN peacekeeping forces in the eastern Congo said: “You destroy communities. You punish the men, and you punish the women, doing it in front of the men. It has probably become more dangerous to be a woman than a soldier in armed conflict.”

When IS group conquered the small town of Sinjar in August 2014, hundreds of girls were captured. They were starved, beaten, sold as sex slaves and forced into marriage.

A few months after Sinjar was retaken from IS group, several girls told stories of rape, violence and slavery.

In most cases, men instigate wars but women pay the prices of wars with their bodies. They feel the brunt of it all.

In today’s world, we hardly ever fight wars, but women are still threatened every day. Women are at the receiving end of cultism, gang fights, Boko Haram terrorism, riots and crisis and even Twitter wars.

Bello El-Rufai, in his ‘online fight’ on Twitter threatened to, not just rape his ‘opponent’s’ mother, but to also pass her around until she is raped by his friends. 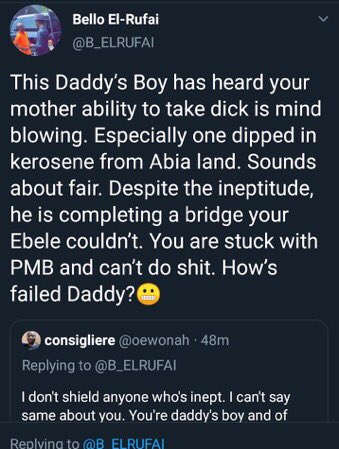 He not only made a tweet that everyone could see on his timeline, he also went into people’s DMs to threaten their mothers 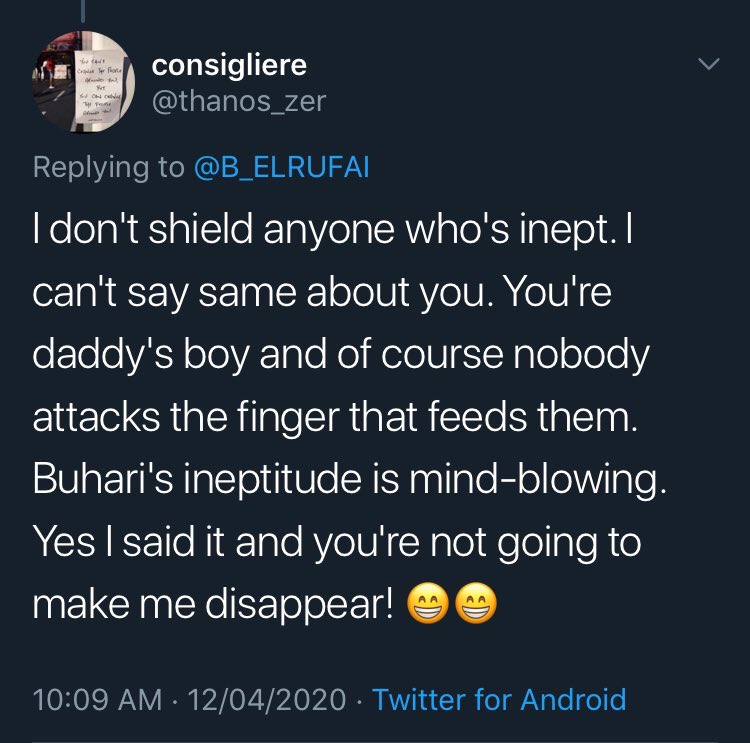 On the third of April, a video of soldiers threatening to rape people’s mothers after a soldier was allegedly killed in Warri went viral. In the video, the soldiers could be heard saying “we will rape your women and give them HIV”.

A country where soldiers are bold enough to make a video, threatening to rape mothers and daughters of a town where a solider was killed.

Threatening to infect them with AIDS as well.

This is how far Nigeria has fallen.
pic.twitter.com/UXa6r9CxT8

There are certain similarities between these two scenarios: men are the ones fighting but the proposed act of violence (which is rape) is against women.

How can we end this?

Croatian author, Slavenka Drakulic, who has written extensively about war crimes in the Balkan conflicts of the 1990s, described sexual violence as “a weapon” and rape as “a kind of slow murder”.

First, women are not the properties of men and raping a woman should never be the way to ‘fight against men’. When you rape a woman, she alone feels the pain and lives with the trauma – not the man. That is why it is important to see a woman as a complete individual – not someone who is tied to a man or owned by him.

Rape threats – a reflection of the home and society

Many men are so quick to threaten women with rape. From our soldiers to policemen, governor’s sons and the agbero on the street, there’s always a “your mama na ashawo, I go fuck am” threat when men clash. Some ladies are even scared of being rude to a man because he might rape them later as a form of revenge.

This is a reflection of a society that has encouraged the objectification of women. Women are seen as easily disposable and a weaker sex that can be easily manhandled.

These kinds of threats is also a reflection of parenting failure in teaching children – especially male children – about equality and the negative effects of gender-based violence. All is NOT fair in love and war, especially when you threaten to rape innocent women who are minding their businesses.

Parents need to do more in teaching their boys and it is more worrisome when those who should know better throw their faces to the other side – or even shamelessly support – when their sons threaten to rape women.

Look girl, you are not defiled

In many cases, women live with the stigma of being raped. Even though she’s not the offender, it is still her shame to bear – and she carries this shame for the rest of her life. When a woman is raped, she is ironically termed wayward by a society that is quick to crucify her and ask her why she let herself get raped.

Men know this, they know the society will perhaps give them a pat on the back and, in the worst case scenario, a few tongue-lashing that leaves no scars. They know the gravity of rape and the scars it leaves in women. That is why they can confidently threaten a woman with rape and are so quick to wield this ‘power’ they have over women.

When we stop the whole stigmatisation against rape ‘survivors’, we will, to an extent, deflate this ‘power’ men have. When a woman fights against her abuser and gets justice, she sends a message to men who believe they can get away with raping a woman.

When we let women know that they are not defiled and it is never their fault, when we embolden and encourage them to speak up, more women will be able to fight back against rapists and rape culture.

Although Bello El-Rufai is not an elected leader of the Nigerian people, or, in this case, the Kaduna people, it is obvious that he is beginning to swim in the dirty river of Nigerian politics. This is disgraceful.

A son who utters such disgraceful words and threatening to gang-rape someone’s mother is a reflection of the kind of home he comes from and the teachings he has had. He has no regard for women and no respect for the citizens of a country in which his father rules. That we have such family handle the political affairs of the state is also a reflection of the decadence and the rot this country has sunk into.

Take it or leave it, a governor’s son, to an extent, has political power and influence. That he uses his platform to promote ethnic bigotry and sexual violence shows that nigerians need to be very careful when electing their leaders.

In a study conducted by a team of German researchers, 27 rape survivors from World War II were compared with women who had experienced other types of trauma during the war. Women exposed to conflict-related sexual violence reported “greater severity of PTSD-related avoidance and hyperarousal symptoms, as well as anxiety, compared with female long-term survivors of non-sexual WWII trauma.”

The average age of the women in the study was 80, and these crimes had been committed more than 60 years ago.

Rape cannot be easily forgotten, it leaves the victims traumatised for years. That is why we must ensure that those who use rape as a weapon and those who threaten to rape should find themselves behind bars in Kirikiri – or any other Nigerian prison, irrespective of who they are or the power they wield.

As long as there are no consequences for rape or any other form of sexual abuse, people will continue to weaponise it.

We also need to hold those who lead us to higher standards and yes, that includes their families. Shebi charity begins at home? If a leader cannot lead his sons well, how will he lead millions of people well?

Perhaps, women already sound like broken records already – having to repeat the same thing over and over again. But as long as people cannot still grasp that a woman’s body is not a man’s toy, women need to continually talk and ensure that their voices will be heard.

It’s not an easy task. But it must be done.

Wunmi Adelusi: What Will Our Work Lives Look Like When This Pandemic is Over?