There Was a Good Reason For Your Break Up, But You're Going Back to Your Ex 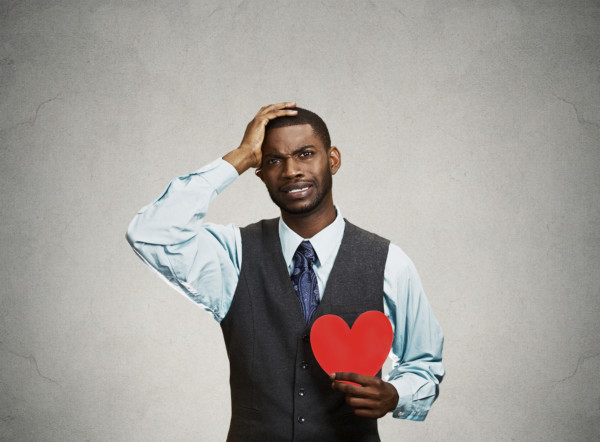 For a lot of people, when a relationship ends, it automatically becomes a closed chapter. There is no turning back. In fact, some people immediately block their ex-lover on all social media platforms, delete their phone numbers and anything that’ll remind them of the relationship.

It doesn’t end there, many people are beginning to adopt the ‘biko biko, I don’t know you‘ act. Don’t know what that means? Oya hear the gist.

Have you ever dated someone that when you look back now, you wonder if you were blind or dumb? Well, it happens. Sometimes – for those who are still following their ex-lover on social media – your ‘ex’ will just give one ‘hot take’and you’ll open your mouth, wondering how you ever dated someone so dumb. What were you thinking?!

It is for this same reason that when some people see their ex – especially if the person is sagging or wearing colour-blocking, they will just throw their face one kain or suddenly focus on their phone.

For some people, na straight up denial:

You: Excuse me please, do I know you?

This thing can pain o, so you better think well before you do it, or kukuma don’t do it at all. Just say “hi” and keep going.

On the flip side, many people have ended up together years after they broke up with each other. After all, people always say that “na old firewood dey burn pass“.

Before you say “God forbid”, think of why you broke up with your ex. Was he/she mean? Abusive? Manipulative? Violent? Lazy? There are some people that you know you can never go back to, even if he/she is the last human on earth. You’ll prefer to remain single. That’s because while you dated, they were extremely toxic and that relationship broke you in many ways.

But there are other ‘exes’ that their own firewood can still catch if you light a match stick, especially if the circumstances surrounding the breakup was out of your control and the person has evolved through the years.

If the breakup was due to timing or circumstances

Aminu wanted to get married in the next one year and Farida knew she wasn’t ready. After stalling for a long time, she opened up and told him that although she loved him deeply, she wasn’t ready for marriage. That had to go their separate ways. Aminu was so hurt, but he was the first born, his parents were old and his family was pressuring him to get married.

4 years later, Aminu and Farida met at an event – both of them still unmarried. Still in love, they rekindled their relationship.

Sometimes, pressure from family, long distance, future plans and dreams can break up a relationship. In many cases, when one party travels out of the country to study, it brings  an end to a ‘flourishing’ relationship. This sort of relationship can be revitalized.

If it was because of religion or tribe

Zainab loved James and she knew her parents will never consent to the marriage. Yet, she went ahead with the relationship. Love triumphs, right? But in this case, religion was placed above love. Zainab’s parents totally rejected James and even threatened to disown her. This brought some issues into their relationship and they had to split up.

The same thing for Ada whose parents insisted that as the first daughter, she must marry someone from their tribe.

The funny thing about love is that no matter how suppressed it is, it has a way of rearing its head when you meet someone you were once so much in love with.

Both of you have ‘grown’ and evolved

Tade and Bukunmi dated from their secondary school until they were both in 100 level in the university. After their first year, they split because they just seemed to like different things and were not compatible.

9 years later and they are back together.

There is nothing wrong with going back to your ex. It will only be wrong when your ex was abusive and the relationship was toxic. You will be disrespecting yourself and doing yourself a lot of disservice if you rekindle a relationship with a person who has, over and over, disrespected and humiliated you in any shape or form – even in the littlest way. It will end in tears laslas.

If that is not the case and the previous relationship ended due to certain circumstances outside your control, then, by all means, go ahead. Let this old firewood catch fire.

But at the same time, you need to be careful. If your relationship ended because your partner’s family members loathed you, you might want to find out if they’ve changed their minds about you before you dip your head into the relationship. Some things don’t change and it is better to be safe than sorry.

If you are also going back to your ex because you are getting ‘old’ and your parents are asking you to bring a husband/wife home, then you’ll be making the same mistake all over again.

You should only go back to your ex because those butterflies dancing in your belly have not died and you’re both sure you are best for each other. You’ve both learned, unlearned, relearned and are ready to start the ‘forever journey’ together.

So guys, whose ‘old firewood’ has caught fire recently? Have you ever rekindled your relationship with your ex? How did that work out for you?

Jeremiah Ajayi: Overcoming Envy and Learning to Stop Comparing Yourself to Others