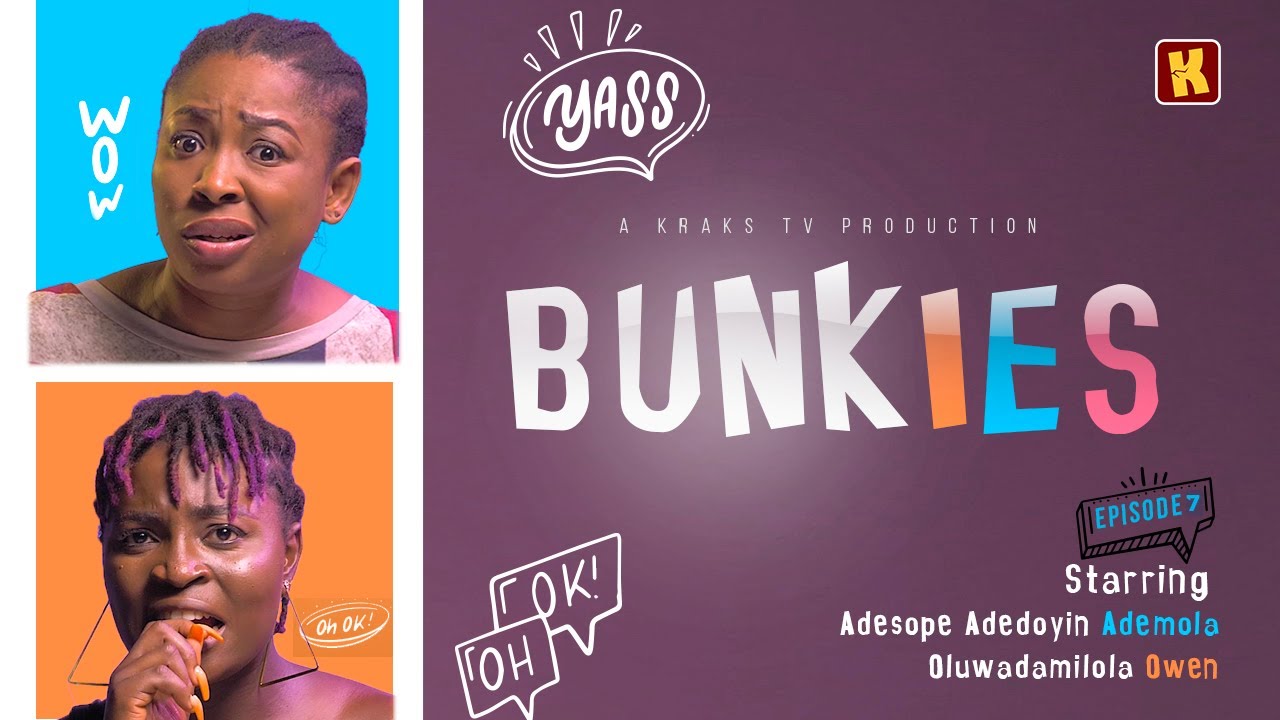 There are five exciting episodes of Kraks TV‘s web series titled “Bunkies” for you to watch. The series stars Adesope Adedoyin Ademola and Oluwadamilola Owen.

Shola cannot afford to fail her exam, so she prays through the night. Deedee, on the other hand, is trying to sleep, but Shola won’t let that happen because she can’t seem to pray quietly. Who is at fault really?

This time, Deedee’s powder is missing and Shola is the suspect. They are the only two living in the apartment anyway. Who do you think stole Deedee’s powder?

Shola goes clubbing and ends up sleeping at the gate man’s house. We are not sure who is to blame; Deedee or Shola?