Damilola O: The Mind-Blowing Possibilities of the Protests 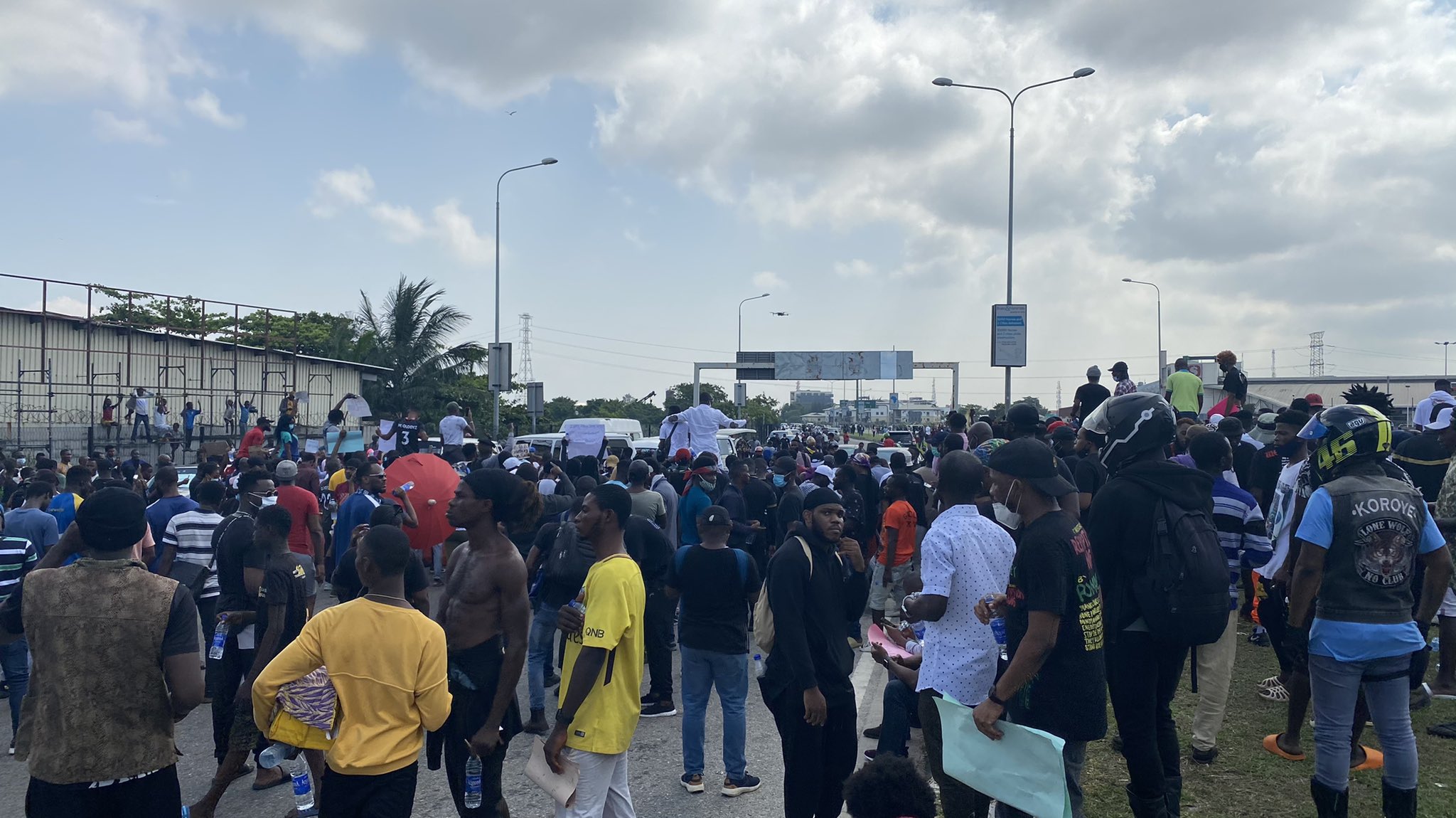 The Special Anti-Robbery Squad (SARS) is a Nigerian Police Force unit under the Force Criminal Investigation and Intelligence Department, with the duty to detain, investigate and prosecute people involved in crimes like armed robbery, and kidnapping. Unfortunately, this unit has, for long, targeted Nigerian youths with dreadlocks, piercings, cars, expensive gadgets, and so on.

For years, we have been hearing about the (audio) dissolution of this squad. So when, this week, the Inspector General of Police and the President of the Federal Republic of Nigeria announced the immediate disbandment of the Special Anti-Robbery Squad, none of us believed. Disband ko, Disband ni.

Sparked by the continuous brutality by these officers of the Nigerian Police Force who are meant to protect us, thousands of Nigerians have taken to the streets in demand of the real-life disbandment of the Special Anti-Robbery Squad. Hundreds of thousands of Nigerians are also lending their voices across all social media platforms, especially Twitter, with the hashtag #EndSARS to demand an end to this police unit.

For years, activists and advocates have lobbied tirelessly to see the end of SARS, but here we are now – youths out, everyone fighting for the same cause. Thousands of people, in every state, are protesting through long days and nights, facing heavily armed policemen who have been recorded beating, dragging, and killing peaceful protesters. People who had never considered they might interact with law enforcement close-up were arrested. People who had never called their representative’s offices were calling every hour.

It has been remarkable to see the “lazy Nigerian youths” insistent on marches after the coronavirus brought some of the states to a standstill. During this period, many of the changes to the country’s landscape were devastating and previously impossible to imagine: some lost their jobs, some were out of basic amenities, schools were closed. But today, we can see how Nigerian youths are rising to aid the protests and help protesters; people are offering to help the needy, volunteering their time and skills, donating funds, spending their time and energy, cleaning up the environment of the protests, and looking out for one another. You and I have shown that the Nigerian government is indeed the “lazy one”.

This is the time our National Anthem means so much: Help our youth the truth to know. In love and honesty to grow… And living just and true… Great lofty heights… To build a nation where peace and justice shall reign.

For how long will we keep having the same set of unruly leaders? This is not just an #EndSARS movement, but a movement for the better Nigeria we’ve always wanted.

We only know a few of the people who died—what about others we know nothing about? The public only learned of these injustices because of the social media. With thousands of people putting pressure on the government, our current moment is precious and has the potential to stir the positive changes we have never experienced in this country.

This is our time to demand justice, good governance, better education, state of the art infrastructure, and secure our future and that of our children. We aren’t the siddon look generation. Change is really possible.

Let’s keep the Nigerian flag flying, disturbing the peace of tyrants. We can make demands of the people in power and force them to meet our demands. The change that we’ve always wanted is in our hands.

Change is really possible. Let’s keep our eyes on the prize and keep moving. ✊?