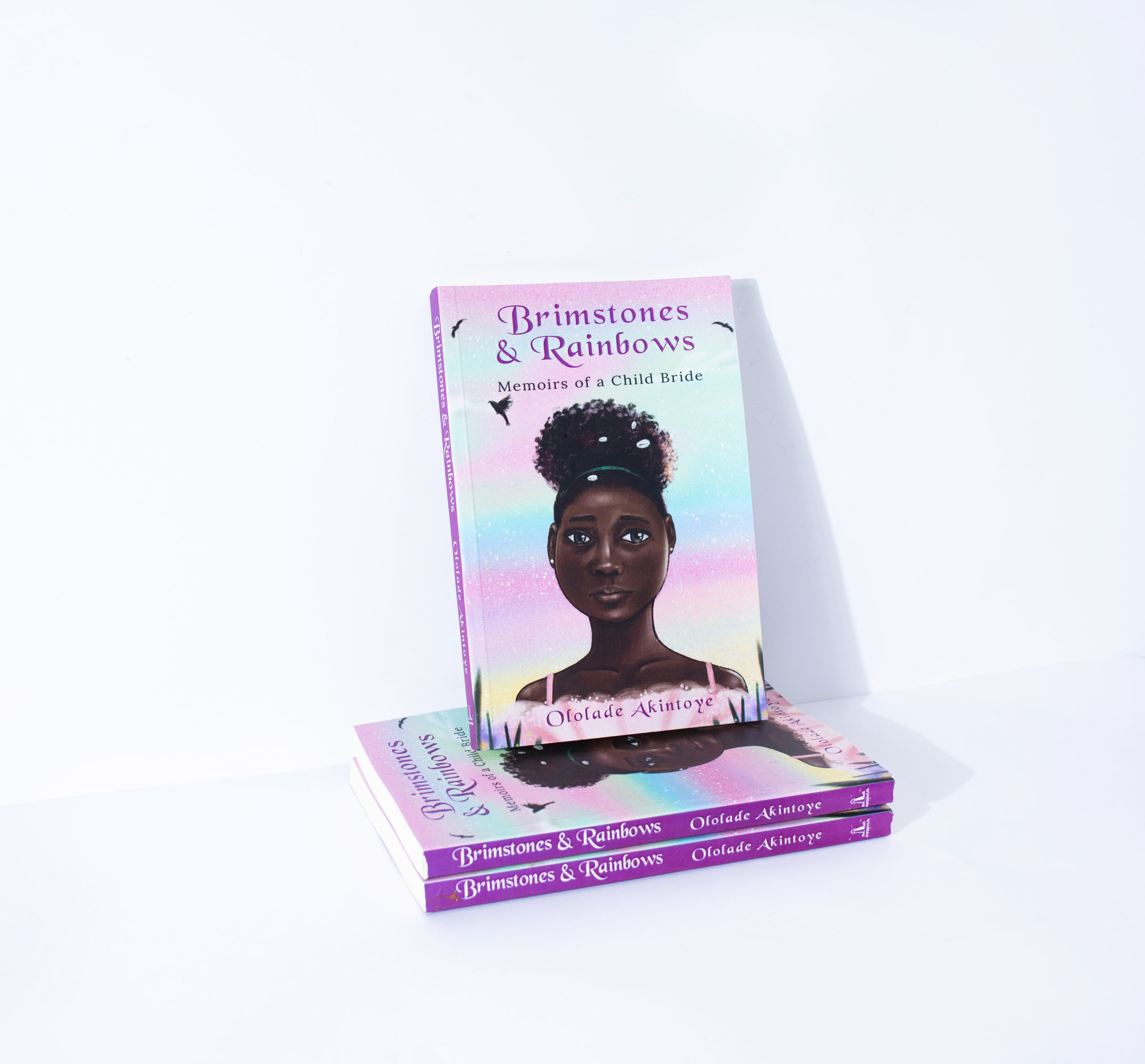 The first feeling this book evoked in me was anger – a raw and potent one that almost blinded me into not seeing the point of reading this book. I wasn’t angry at the story. I was angry at the society we live in that makes stories like this necessary. A society that makes it crucial for this type of story to be told. If child marriage, rape, female genital mutilation, and so on are non-existent, we won’t be writing or reading this story. I was angry, still am, at the fact that stories like this are valid.

Brimstones and Rainbows spans the life of Iyunola from her childhood woes to her adulthood. She is believed to be an abiku and as such treated with scorn by everyone in her village, Ogidi, with the exception of her family. Her parents die as she is approaching her teenage years and this compels her to live with her primitive grandmother who adores everything tradition.

She is mutilated in the name of tradition and given to an abusive older man to marry at the tender age of twelve. A very absurd tradition. What is more disgusting is the action of the town folks on the evening of the wedding. I didn’t know who to be angrier at – the husband or the town folks. Iyun becomes pregnant soon enough as she is already seeing her period. Pregnancy should be an experience welcomed with joy and gladness in marriage. But for twelve-year-old Iyun who is barely a child, it is an aberration. A responsibility that is shoved down her throat. Complications from the pregnancy results in her developing obstetric fistula.

Aside from these, there are several other issues the author highlighted in the book about this medical condition. The physical manifestation of it also has psychological effects on its victims. Weirdly, most people with this condition are young girls. The reality is that these girls are mostly products of child marriage. It starts from matchmaking to betrothal then marriage. Some backward tribes in Africa still practice it to date. According to the World Health Organisation, this barbaric culture also affects females that go through the process of genital mutilation – a practice with over 200 million female victims from mostly Africa. The popular excuse for this degrading treatment for its perpetrators is that it would curb female promiscuity and infidelity in marriage. How patriarchal!

The character of Iyun is admirable. She beats all odds and succeeds. To mark the beginning of her journey to becoming a better version of herself, she changes her name to Ruby. I think it is her way of divorcing herself from her torturous past so she could face a saner future. She manages her fears and doubts so well that it does not overshadow her optimism. Her resilience is exemplified when she begins to hawk groundnuts for survival in the village that ostracized her. As the main character and heroine of the story, it is not easy to dismiss her struggles. They are what makes her. They are what makes the story.

Ololade Akintoye did great with the story, although the narrative voice could be more definitive and mature as the story is meant for a wider audience and not young adults. Also, the transition between the present and the past could have been more distinct. I initially struggled with the flashback technique used in the first few pages of the book.

In all, it was a good read. I particularly fancy the book cover. The vibrant colours, the innocent and impressionable stare of the girl on the cover carries a message with deep meanings. The title, for me, signifies fire and water – two different forces in which one must overcome the other. I definitely recommend this book for you, if you are in the dark about obstetric fistula and enjoy an easy but significant read.