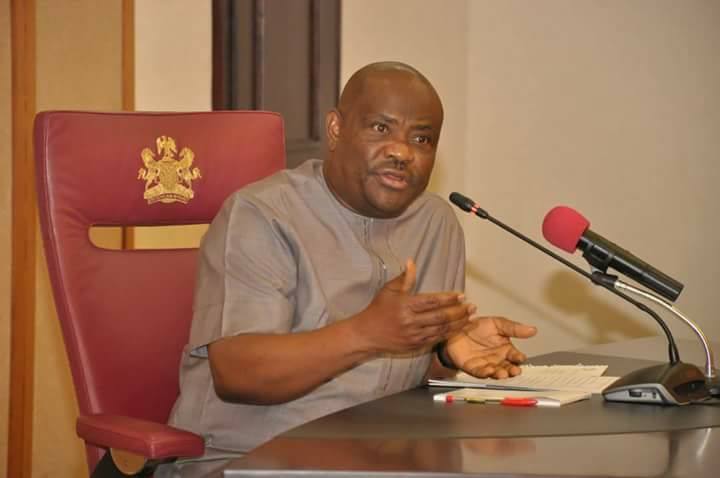 “I saw the policeman wearing a red beret. Before I knew it, I heard a very loud sound, not in the air, directly at the shop. The bullet pierced through the iron door and hit her. I rushed her to a hospital where she was confirmed dead.”

36-year-old Monday Bakor and his late fiancee, Queen Nwazuo, were preparing to get married come February 2021, unfortunately, her life was cut short on October 22 by an officer of the Nigerian Police Force in Rivers State.

A few days after the #LekkiMassacre came the news of the #OyigboMassacre. At first, the tweets started like many other ones splattered across Twitter – “Ah, they’re fighting in Oyigbo, they’re killing people in Oyigbo o, soldiers are harassing protesters o, IPOB members are fighting with Hausa community.”

During that time, the narrative of the Lekki Massacre as ‘fake news’ was being heavily propagated by the government and the Nigerian Army had, in what would later turn out to be false, insisted that soldiers had not killed anyone at the Lekki Toll Gate. In fact, they claimed they weren’t there. In Lagos and many other states, ‘thugs’ and ‘hoodlums’ were destroying and looting properties. Typically, many people discarded the news as faux alarms, or just ‘thugs’ and ‘hoodlums’ doing their thing. We’d later realise that these fights and assaults were beyond hoodlums and mere looting. There was indeed a massacre.

“There were gunshots and stray bullets everywhere. People died – people on their way, people moving, people walking. You could just be hit by a bullet and die. In front of my aunty’s gate, three people died at the spot. I know of a little boy who just went out to buy something, was hit by a bullet, and died right there. It was that bad.” Soty, who lives in Iriebe, a community that shares a boundary with Oyigbo, said. His account of the Oyigbo Massacre is similar to that of A, who has asked to remain anonymous.

“On the 29th of October, a Thursday, I was already dressed up for work as early as 6 in the morning. From my own community (which shares a market with Oyigbo) down to Oyigbo, soldiers were scattered everywhere harassing any young guy they see. They will just come and pick you and you’ll be beaten and tortured thoroughly. In Oyigbo, my friends sent me the video of one of my guys, Justice, who was shot and killed. Once soldiers get a person, they’ll say ‘we hear say gun no dey enter una’ and shoot you. They stopped the cars of people who were going to work that morning and asked them to lie on the floor. They were left in that position until the evening when they were released.”

What led to the Oyigbo Massacre still remains unclear, especially since residents of Oyigbo, among many other communities, had been placed on a 24-hour curfew since October 21, 2020, after the commissioner of police in Rivers State, Joseph Mukan, accused members of the Indigenous People of Biafra, (IPOB), of hiding under the #EndSARS protests to kill six soldiers and four policemen in the state. He also said IPOB members invaded Oyigbo local government area on October 21, launched “senseless and mindless attacks on the area command, Oyigbo, and Afam police stations, and burnt down the three stations and destroyed court buildings.”

One would hope that investigations into IPOB’s roles in the killings and vandalism would be carried out and the instigators of violence would be penalized according to the law. On the contrary, Nigerian soldiers allegedly embarked on indiscriminate, extrajudicial violence against the people, most of whom were not IPOB members.

There was a 24-hour curfew in Oyigbo, Obio-Akpor and many other communities. Still, several videos, photos, and tweets indicated that the death toll was increasing and residents of Oyigbo and neigbouring communities were being steadily assaulted by men of the Nigerian Army. Soty confirms the assaults, “During the curfew, there was a mass arrest. Both the old and the young people who were found outside were laid on top of one another and flogged like animals. Those who came back home had a lot of bruises and wounds.”

But it wasn’t only the curfew defaulters who were assaulted, even those who stayed in their homes were allegedly hounded and murdered by men of the Nigerian Army.

“They were going from house-to-house, they also came to my gate. If they succeed in entering your house, they’ll beat any man they see and leave the women. See, I’ll be honest with you, people were killed. Even in my community, they killed two people, and one body was taken away,” A, who stays in Obio-Akpor Local Government Area, says.

Typically, the Nigerian Army refused to confirm whether or not they were responsible for the massacre in Oyigbo and the Rivers police spokesman, Nnamdi Omoni, insisted that he was not aware of the military violence. However, reports that surfaced, later on, confirmed that indeed, soldiers broke into the homes of residents.

The Rivers State Commissioner of Information and Communications, Paulinus Nsirim, claimed that 50 AK-47 rifles belonging to the Nigeria Army were carted away by suspected IPOB members and that men of the Nigerian Army ‘searched’ the houses of residents in a bid to recover the rifles.

The breaking in of armed men into resident’s homes is clearly more than just the search for rifles. Their actions have left many residents petrified and traumatized. A resident of Oyigbo told us his uncle was scared to talk, “He is scared of being traced through his line by the government. The killings by the army are still being done, but secretly, and men are the targets.”

In the past few days, many #EndSARS protesters have been illegally arrested from their homes and remanded in prisons. It is understandable if residents of Oyigbo and its environs are scared to talk about their experiences in the hands of Nigeria’s armed forces.

This points out two facts: There was a break-in and many innocent people were murdered, and although the Rivers State government has denied being involved in the massacre of Oyigbo residents, we hope that just like the #LekkiMassacre, the truth will be unraveled soon enough.