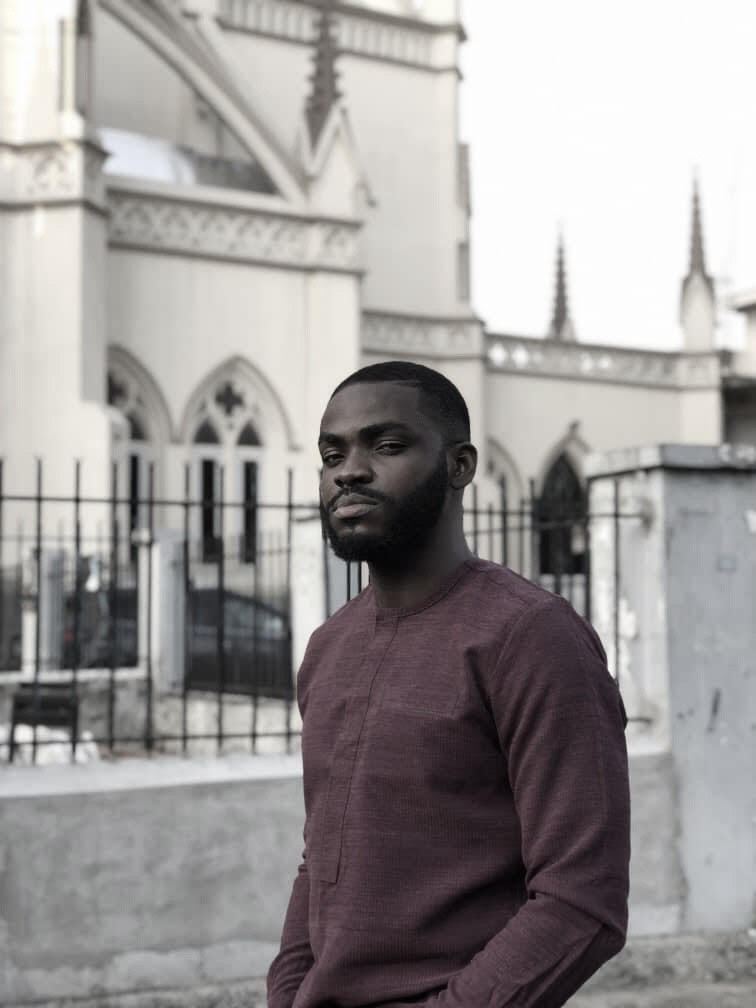 Life is in stages; just like any book, film, or musical number, there is a beginning, middle, and an ending. The 365 days of a year are also in monthly stages ending with December – the holiday period, and while the universe certainly does not create demarcations of time, humans have long since established a yearly routine that ends with Christmas and then the new year. January comes with another beginning, one where we hope and pray that some magic will wash away all our failures and in the new year, we’ll be renewed and ready to start again.

There’s a beginning, a middle, and an ending – proof that life is the greatest story ever told. And as each first day of January brings the hope of another beginning, another chapter to the tale that is life, we make resolutions for a better tomorrow. Nobody hopes or plans to die at the very beginning of this year. I certainly don’t, and I don’t think anybody else on the Lekki-Epe expressway at 10 AM on the first 0f January 2021 resolved to die that morning. But the thing about life and stories is they rarely ever go the way we plan; it would be boring if they did. Great storytelling thrives on conflict: we might not want the bad things but they always have to happen, if only to allow us to appreciate the ending better.

I heard the crash first before I saw what happened. Actually, I was looking right at it while it unfolded but I had no idea how the pages of this particular story were turning, we never do. The bus I was in sped along in the lightest of traffic and there I was, on the first day of the year, sitting contentedly, perhaps even a little anxiously, waiting for the journey to end. Twenty-five feet or less, right in front of us, I saw the motorcycle zoom in from the left just under the traffic lights in an effort to get from one side of the intersection to the other. That was all it took.

This particular okada crossed the T-junction from the left to the right and till today I wonder if the rider had been a few seconds slower or faster, the results would have been different. Maybe not, I’m not a believer in destiny but what if certain things are just bound to happen as they happen, independent of the will or consciousness of the characters whose lives will change forever. If the rider had known that this trip would be his last, would he have crossed that intersection the way he did? The way we all did, without a care in the world because it was the first day of the year and there was no way the story could start with a tragedy.

I heard the crash first – a sickening thud, and then metal colliding against metal. The white SUV was two cars ahead of us, crossing the T-junction at the same time as the okada, seconds before the bus I was in would also cross. I saw the okada go down, tumbling for several meters while the SUV briefly lost control, almost climbing on to the embankment by the side of the road. We were about five people on this bus, the driver included, and they all realized an accident had happened seconds before I did. I was watching but not seeing. I was present at the moment but my consciousness was far removed from whatever was happening around me, as is often the case when I undertake routine tasks.

“Ewooo! Chai! Chai! Abeg slow down oh,” the man right beside me exclaimed.

I saw it happen but I didn’t know what I was watching until the sounds of the accident registered, along with the commentary from my fellow passengers. As I watched the okada tumble without a rider my initial thought was if the motorcycle had been driving itself. Then as we passed the T-junction, I saw him, lying motionless on the expressway where his body had come to rest, with a pool of blood forming and expanding around his head and upper torso.

The bus was going so slow that I was able to catch a full glimpse of the rider, dressed in all black which was slowly soaking with his own blood, and his upturned motorcycle some feet away from him. He was dead, stone-cold, end-of-the-story dead. In front of us, the white SUV had skidded to a stop and parked beside the embankment and a well-dressed young man stepped out of the wrecked car and walked back to the scene of the accident while we slowly drove right past him, as did everyone else. I never got a chance to see the rider’s face but I got a clear view of the driver’s, and his look of utter bewilderment will follow me forever. The okada rider and the driver of the white SUV: Two people whose lives had changed in a matter of seconds, under the traffic lights at an intersection on Lekki-Epe expressway.

And we just kept on driving. The world did not end. The ground did not open up to swallow us as witnesses to this accident, the other vehicles around us did not stop to collectively see what could be done about the situation. We slowed down, we all slowed down, and then we went back to full gears and on our way while the rider and the driver remained there, suspended in time, one dead on the ground and the other barely alive.

“My God, which kind life be this?” The driver of my bus asked no one in particular.

“On the first day of the year, na so this man go just die like that,” a passenger responded.

That was the end of the conversation until I reached my stop almost thirty minutes later, not another word was said regarding the situation of the rider and the driver. I sat rooted to my seat and waited for something to happen – someone to say something, do something, preach something, anything really. The world did not stop when the accident happened and it did not stop when I got off that bus with those strangers who I would never see again in this life.

Just the previous night and into the early morning, I had been at the beach living young, wild, free, and in clear violation of several COVID-19 social distancing guidelines. My mortality was the farthest thing on my mind as I got drunk and high and dared the mighty waves to do their worst. What about the rider?  What had he been doing? Surely he must have known or felt that his life was about to end. In the bus that morning, just fresh off the beach, I was on a mission to satiate my lust between the softest of thighs which would part like the red sea upon my touch. What about them, where were they going? Was this always going to be their final destination, or would just a few seconds of delay have prevented one man from dying and another from being in a whole new world of trouble?

Life is in stages but I don’t think the universe cares about that. Beginning, middle, ending – it’s all nonsense in the grand scheme of things. Perhaps there is no grand scheme of anything. Nobody wants to die on the first day of the year; nobody plans for something like that. It’s simply not the type of story we long for. Sure, conflict is great, but not on the first page of the story. The first page is for building a narrative, establishing characters and setting. Had the rider or the driver found time to map out resolutions for 2021? Did they even believe in such a thing? I’ll never know but to date, I haven’t been able to write out mine. I witnessed the interruption of lives and I live with the knowledge that the universe won’t ever stop spinning, regardless of the tragedy involved.

Life is in stages, perhaps this was not an interruption of the beginning, perhaps this is how this particular story was to end. At the intersection of the greatest stories ever told sits real life, just waiting to happen. So if my story is already set in stone, why bother fighting against the cruel hands of fate and time to whom my beginning, middle, or end are mere suggestions? Perhaps the only stage which truly matters is the final one: death, and the hope that when it comes around, I can beat my chest and proclaim a life well lived, then smile in the face of the ultimate adversary and tell him to go wait for me in hell.

Great is a Nigerian writer, filmmaker, and culture journalist who is passionate about all things storytelling. His work has been featured on More Branches, The Kalahari Review, Green Black Tales, and others.

Lilian Afegbai is sharing Her Thoughts on the Tattoo Saga