Laetitia Mugerwa: When the Ghetto Leads the Way in the Fight for Freedom 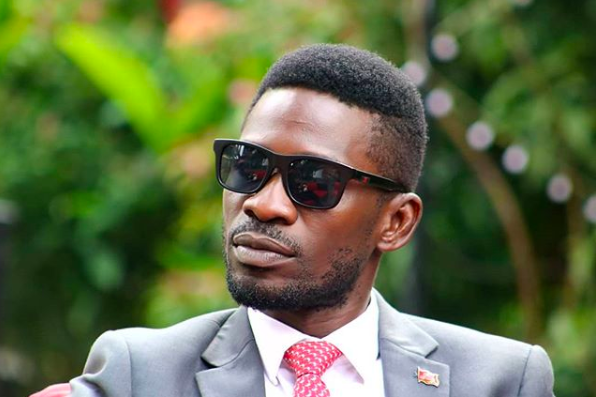 It’s often hard to write a good story when angry. Even the best songwriters admit how tough it is to pin a good love song when going through a heartbreak. It doesn’t take a genius to notice how times can dictate what we write and sing about. It comes with little surprise that a ghetto boy, much revered for his music lyrical abilities than political proficient, would show up in Uganda and make all the difference in a field he confesses to knowing little about. Bobi Wine, also commonly known as the ghetto gladiator and lyrical master, sings: “when our leaders become misleaders, opposition becomes our position.” Quite a telling story of how time alone can make even the ‘reggae muffins’ play the tune and play the piper.

It seems unfair to give time all the credit in creating this ‘ghetto wave’. For the most part, the world should credit a ghetto kid for the humility to cut his dreadlocks – which, for most of the ghetto kids, is taking away everything they are, begin to walk and work towards appearing presidential, and cut down on the ghetto-kind of diction to carry this indomitable task of leadership. Bobi Wine’s story then appears not just as a tail of some sort, but a present-day evident reality of how life can turn out if we choose not to be bound by the places we are born, grow up from, or survive. All it takes is the course to speak the truth when it matters.

Bobi Wine has captured the attention of most youth, especially in urban Uganda, not just for his leadership aspirations but also for filling up a vacuum where so many had the opportunity to tell the truth but turned a blind eye.

The thought, idea, the act of truth-telling dwindles among writers and musicians for fear of state retribution. Many have chosen either to solve the problem by ignoring it or choose to remotely relate with the opposed just to appear to be politically correct. In such a time where political space is too stifled to allow one to delve beyond the boards of hate or the pain of heartbreaks, it is hard for both the musician and his or her listeners to fight for what they believe in, politically. Noam Chomsky says, “It is the responsibility of intellectuals to speak the truth and expose lies,” however, where do we go if the very intellectuals the society entrusts to tell the truth become co-authors of the lies? Who does the world turn to if the elite, the self-imposed custodians of ‘civilization’, continue to dine and wine with those that give them the power to lead? Where, if not for the least expected places like the ghetto?

The ghetto, once viewed as a den of marijuana smokers, is steadily turning into a sanctuary of truth. I wonder how and when but it’s now common for the ghetto to show up on the steps of every state institution today. Now that the elite have turned their faces on truth, let the flood gates of the ghetto find credence in the corridors of power. Surely, history will be more kind to the ear that custom lies than the lips which exude deceit.

As it is for every passing hour, the standard of living in many African countries continues to decline while a section of the population keeps amassing great wealth. The claim of patriotism only makes sense to those who are drunk with power, to them that preach water and take wine. How then can her children sing a good song in a deceit-filled land? With no food, water, jobs and a decaying health system? Who among the claimants of patriotism cares without needing something or without pretense?

There is a call to truth in a time such as we are, where human opinion is narrowed to the casting of a vote. Where people in power fear the people’s power. If we continue to struggle with the difference between democracy and hypocrisy, then the ghetto will lead the way in the fight for freedom.

#BNShareYourHustle: Show Your Special Someone how Sweet You are with Chemi’s Cakes