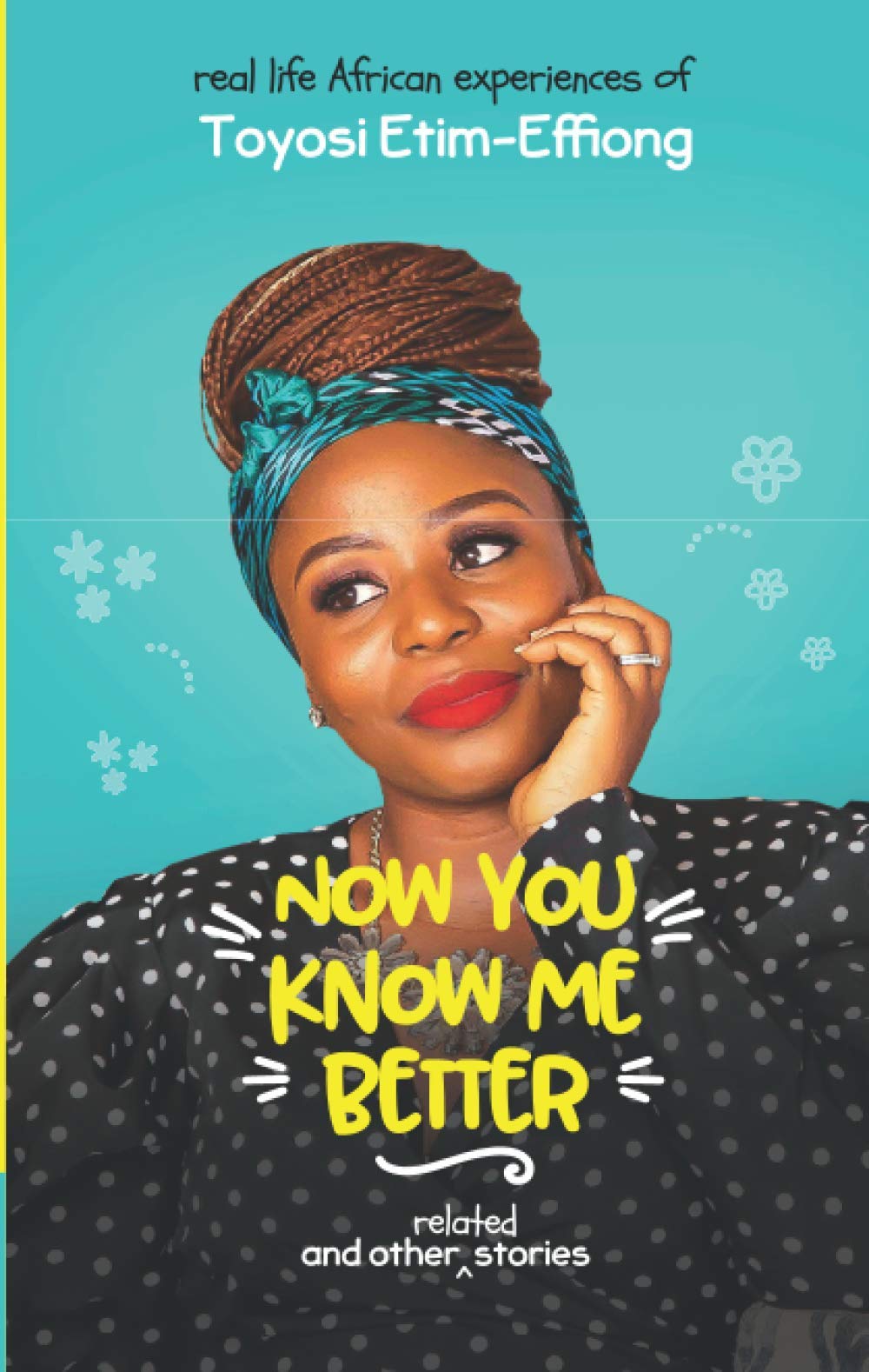 My first encounter with Toyosi Etim Effiong has got to be on radio. During my 9-5 and those early morning drive from home to work, her vivacious voice was something to look forward to on Smooth 98.1 FM’s Grapevine. There, she shared her unabashed commentary on topical issues around pop culture and entertainment in general. I always imagined her talking amid smiles. She came off as a happy-go-lucky person who understands the media space beyond the surface and knew her way around it.

All these assumptions weren’t far from correct, only that I got to uncover different sides to this phenomenal woman who goes by many titles. Toyosi isn’t afraid to flaunt the many things that she is, and she does this with so much grace and authenticity in this no-holds-barred memoir. I like to think of her book as an onion – with every flipping page, you unravel deeper and multiple layers to her journey which is quite intriguing and compelling.

How did she manage to become this spirited woman that is confident in her journey? She takes us down memory lane to her childhood where it all started. We are introduced to her unique childhood where she shuttled between two extremes. One is characterised by affluence, the other known for penury. The sharp contrast of mingling with the posh and boujee at Corona School, Victoria Island from Monday and Friday while playing “counters” with half-clothed street kids on weekends would get you hooked from the first few pages. I particularly loved how Toyosi paints vivid imagery of life in Amukoko – a neighbourhood domiciled within the same local government area with Ajegunle, infamously known as AJ-city.

You will be enthralled by these varying experiences and acknowledge the richness of her childhood. You will also worry about the intricacies of these experiences and its effects on the formative years of a child. Thankfully, she found God early. Same God has come to play a significant role in her life till date as she learnt to take succour in Him after her father died when she was at the impressionable age of thirteen.

In Now You Know Me Better, Toyosi exposes you to the beauty of authenticity. With the bits of humour and Yoruba lingua that are splattered boldly in the book, She further reinforces the need to be one’s most vulnerable self. The narrative in this book is a no-pretense zone which gives the stories more flair. The sudden sight of “Won na, won na shege si mi lara” in one of the pages couldn’t be more appealing to read. I was in stitches.

Toyosi wants you to know that so much beauty lies in imperfections and God despite some of our undoing will still cause all things to work together for good. How else would you explain some of the astounding ways the worst circumstances took a turn for good. From Oral Robert University not working out, Lekki Chronicles, NYSC posting, visa horror stories; down to how she met her celebrity husband – Daniel Etim-Effiong. Things hardly ever go as planned based on the author’s experiences. However, the twists to her relatable stories always panned out better and perfect.

On dealing with life as the better-half of a celebrity, Toyosi provides a glimpse into the bliss and blitz of being married to a screen-god. Though accomplished in her own rights as a media entrepreneur, she admits that understanding the peculiarities of celebrity marriages have helped her become more intentional about keeping her home together. Her take in this chapter also addresses the very salient but important issue of spousal envy which many couples admittedly struggle with in marriage.

“Initially, I was the one always on my phone, responding to messages, confirming invitations, discussing with my stylist etc. One good movie role later, and the invites were diverted to my husband. When you’re married to a celebrity, you have to check your ego real quick and make up your mind not to take offence at the world.”

Toyosi has served us a buffet of real stories that every young person trying to navigate life would find useful. The stories are written under the guise of what we like to call hot, gripping “gist” in this part of the world. It is left for the reader to decipher the numerous lessons that abound in each of the accounts.

Now You Know Me Better left me hanging on a cliff with its abrupt ending. I want more stories! The nine stories aren’t just enough to help us know Toyosi Etim-Effiong better, but they are a good start to what I believe is still an unfolding journey of a woman who clearly loves life, unashamedly reverences God and wants others to come into their own. I’m earnestly looking forward to the next volume.