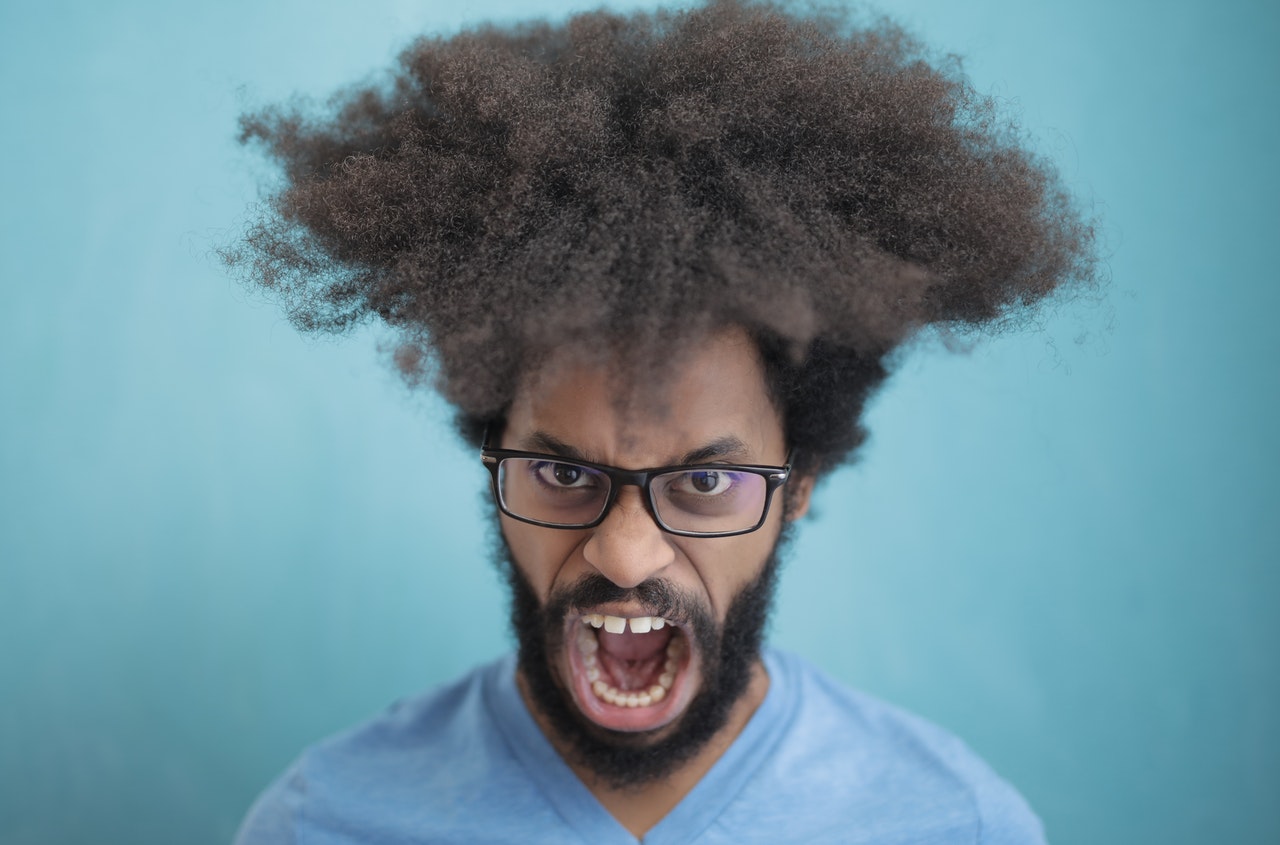 There’s something common about living in Lagos – you hear curses flying about all the time. Now, this is not to say that this is peculiar to Lagos alone, but since I live and work in Lagos, let’s talk about what I’m familiar with, shall we?

Last week, I was in a BRT bus heading to the Island. A female passenger who had a baby strapped to her back while carrying heavy bags wanted to alight from the bus. Now, she couldn’t pass through the back door so she went to meet the driver, explained her predicament to him and begged him to open the front door for her. He did nothing, instead, he turned his face to the other side and pretended not to hear.

The woman hissed, went to the back door, unstrapped her baby and started arranging her load into bits so she could pass. Feeling bad for her, another passenger said “madam, sorry o.” That set her loose.

She went back to the driver and rained hefty curses on him at the top of her voice. She talked about how he’ll become a destitute in life, how nothing he does will prosper, and how his children will die. Fam, it was terrible. As she raved on, as people screamed, as the driver tried to defend himself, and as the bus descended into chaos, I shut my eyes and imagined the man losing his children true true because he refused to open the backdoor for someone.

I also wondered if the woman would be happy if the man becomes a destitute just because he did not open the door for her. Should he have helped the woman by opening the door? Yes. Did he deserve those curses because of his refusal to open a door? Of course not.

Many times, when people lay curses on others, they do not mean it. This does not include those red cloth, calabash-holding, name-calling, figurine-binding, powder-blowing, midnight kinda curses, we’re talking about the spontaneous, anger-induced kinda curses. The ones you hear in the marketplaces, the ones you tell your angry schoolmate, the ones you scream out randomly when someone hurts you. There’s also the one you place on others in righteous indignation – like telling a man who sexually assaulted a minor that his own daughter or sister will be sexually assaulted too. You probably mean well, but that’s a terrible thing to say. If his daughter – who is innocent and also deserves to live in a world free of sexual violence – gets sexually assaulted, who suffers more? Him or his daughter? If his daughter gets raped, how do we break the seemingly-endless cycle of sexual assault?

The thing about laying curses on others is that it tells more about who you are than about the other person. You may not mean those words, still you cannot determine how other people will perceive or react to it. If you find that your tongue is so swift to curse others when they do the littlest thing to you, then perhaps it is time to take a back seat and ask yourself why.

A man once lost his calf and began to swear that whoever stole it will lose his/her own child. I asked him if losing a child, a human, is equivalent to losing a calf, he replied “oh well, that’s what you get when you steal.” Stealing is bad, but, like jungle justice, if you are willing to see a human burn or die because of a calf or phone or bread, then the problem is not really the offence, it is you, your lack of empathy, and your inability to control your anger.

Many adults are living with anxiety, low self-esteem and deep resentment today because when they were kids, their parents or guardians kept saying things like “you’re dumb, you can never make it in life like this,” “you this dunce, your mates will succeed and leave you behind.”

Many of us say things out of anger or pain, this does not mean that we are evil people. In many cases, it is because we have not had deep introspections and asked ourselves why we want other people to experience pain and anguish because they hurt us. It is a mark of maturity and self-awareness to be able to bridle your tongue and watch your words in moments of pain and anger. Your default setting when other people – especially random strangers – wrong you should not be wishing them a life of agony or the death of their family members. If this is what you do, you may need to look into the mirror and have a tête-à-tête with yourself.

Of course context matters and, like every other thing in life, there are exceptions. There is nothing wrong with ensuring that people pay for their crimes, or face the consequences of their actions. This is not a call for people to get away with their wrongdoings, it is a call for us not to be so quick to lay curses on that person who steps on us at the marketplace, that employee who gets on our nerves, or that child who is slow to understand what we are teaching – just because we are angry at that moment.

We must ensure that the actions or inactions of other people do not turn us into beasts. Don’t lose guard.

Photo by Andrea Piacquadio from Pexels