The Trend of EFCC Officials Breaking into People's Homes 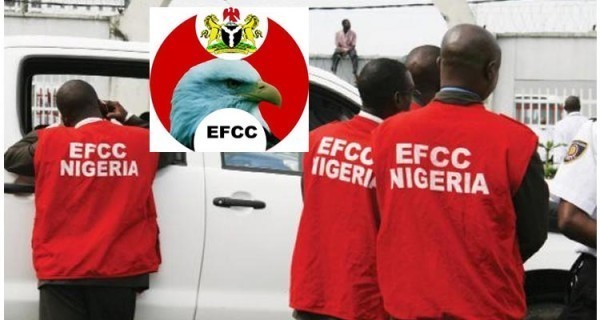 There is a new way officials of the Economic and Financial Crimes Commission (EFCC) chase after criminals: breaking into people’s homes. Before, if you wake up in the middle of the night or wee hours of the morning to see men clad in black, and pointing guns at you, you’d assume you were being attacked by armed robbers. These days, it is difficult to differentiate between robbers and men of the EFCC as they seem to adopt the same tactics in carrying out their operations. It is thus important, when you see men jumping your fence, breaking your doors or crawling in through your windows or ceiling, to ask “who are you,” so they can introduce themselves and tell you if they are thieves, burglars, or from the EFCC.

In recent times, several people have made complaints concerning officials of the EFCC barging into their homes and hotel rooms at odd hours of the day, unannounced. These men do not knock on doors or wait to be invited in, some do not come with warrants or any official notice, they just fly in, eyes darting about, and noses trying to pick the scent of criminals.

Yesterday, BBNaija’s Dorathy Bachor, in a series of Instagram stories, narrated how at 4:45am, she ran out of her room after hearing a loud bang to find EFCC officials in her living room. They told her they were looking for someone who ran into her estate, and then asked her to stay in, lock her door and not say a word.

Dorathy is not the first person to experience this. In July, filmmaker Biodun Stephen also narrated how officials of the EFCC, “dressed in black with wielding weapons”, barged into her hotel room at 3:00am claiming to be looking for someone, and then apologising because she turned out not to be who they were looking for. Earlier this year, a man jumped to his death from the 7th floor of a storey building when EFCC officials raided the 1004 estate in Victoria Island.

There are also many other reports of EFCC officials forcing their way into hostels, people’s homes, into clubs, or disrupting night parties to round up people they think are internet fraudsters. In 2019, officials of the EFCC raided a nightclub and arrested 94 suspected fraudsters. In 2020, they rounded up 89 persons suspected to be involved in cybercrime at 360, a night club located at Ibadan.

There is one word that is peculiar with all of these arrests: suspected. These people being rounded up are still suspected to be fraudsters – which means that investigations have not been carried out to pinpoint who, amongst them all, is the actual fraudster. So to get to the fraudsters, EFCC officials barge into innocent people’s homes and spaces, and leaves a trail of panic-stricken, horrified, and emotionally traumatised citizens who came face to face with gun-wielding men in black, and perhaps watched their lives flash before their eyes. It is not even enough to have warrants or identify yourself after you have barged in, it is abysmal that security agent would even break down people’s doors, or jump people’s fences in the first place.

There’s a peculiarity with which our security agents clamp down on those they perceive to be criminals: inadequate investigation, violence, blood-shot eyes, high-pitched command voices, swiftness to inflict pain, and then for many, extortion. EFCC is perhaps no different. Their recent modus-operandi of breaking-in, spreading panic, battering, bullying, and half-true accusations is consistently making a buffoonery of an institution that is meant to operate with intelligence and facts. Actions like these are synonymous with rogue units like SARS, and it is ignominious that EFCC has joined the bandwagon of uniformed men terrorising the Nigerian people.

What Can The EFCC Learn From Dubai Police?

In a video released by the Dubai Police last year, we saw the series of investigations carried out before the arrest of Ramon Olorunwa Abbas, known as Hushpuppi, and his gang. The investigation, dubbed Fox Hunt II, was carried out for about 4 months, during which his social media account, fraudulent activities, and the gang’s whereabouts were closely monitored. The Dubai e-police team were tracking Hushpuppi’s every move and taking notes of all his online activities, including all the fake pages of existing websites he and his team created to redirect their victims’ payment to their own accounts. They also found out all the corporate emails he and his team had hacked to send fake messages to clients to redirect financial details, and people’s bank details to their own account. Before his arrest, the Dubai police could tell exactly the number of people he had scammed and how much Hushpuppi had in his account. During the time of his arrest, they knew exactly where he and his team were, and at what time. They didn’t need to jump fences or break into innocent people’s homes to carry out the arrest. They knew their onions.

The EFCC can learn professionalism from the Dubai Police. From breaking into people’s homes to parading those who are still suspects, actions like this show the maladroitness plaguing this agency. EFCC is meant to protect the people and the country against financial crimes, they shouldn’t be terrorising people in the same breath.

Last year, across many states, Nigerians all came together to demand an end to the criminal activities of the Special Anti-Robbery Squad through the #EndSARS protests. Hopefully, we wouldn’t have to do the same for the EFCC.

Ife Ibitokun: Things to Consider When Starting your Business