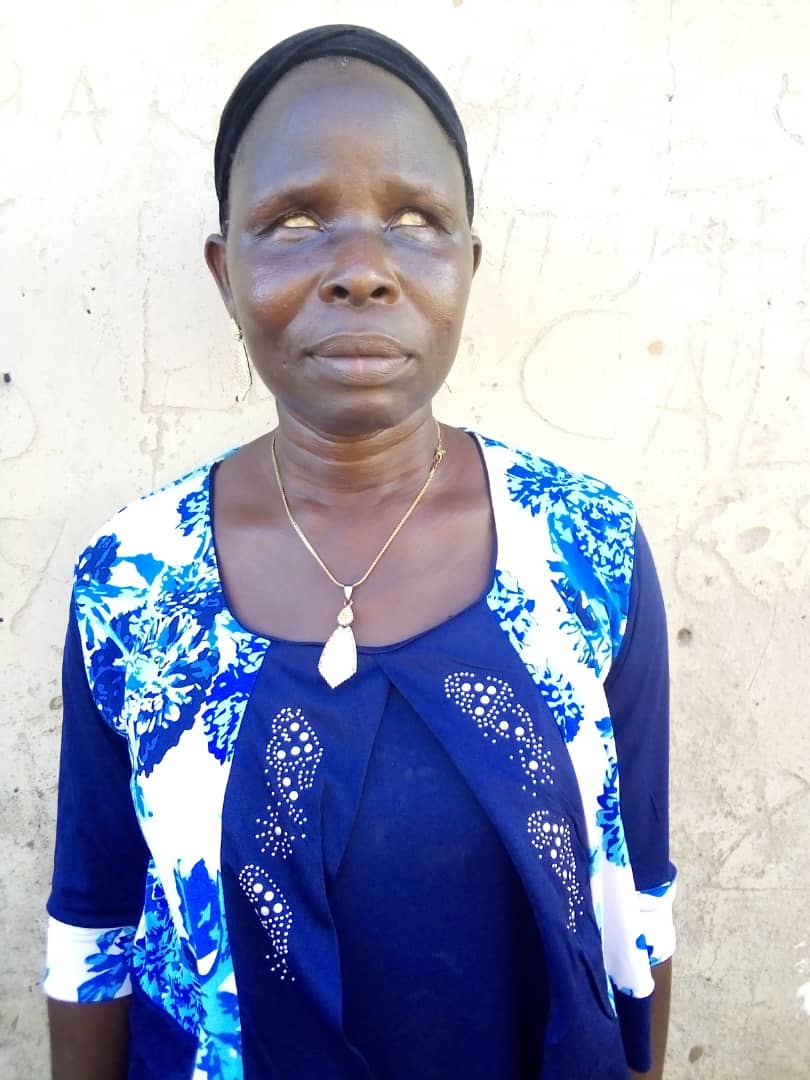 Oni Oluwafunke Elizabeth was 13 years of age when she went blind. In November 1982, Acute Haemorrhagic Conjunctivitis,  popularly known as Apollo, began to spread among children living in her neighbourhood. When one kid had it, another was bound to have it. It wasn’t long before Oluwafunke developed itchy red eyes and everyone knew what was responsible for that: Apollo. But it wasn’t Apollo that made her blind, there was something else.

After I contracted Apollo, the people living around us advised my parents to put kerosene in my eyes, that it had cured another child who had it. My parents poured kerosene in my eyes and that was when the problem started. I was taken to the hospital, I had an operation done on it, and I could see. Not long after, I played, hit my eye on the tap and immediately went blind.

Oluwafunke was in primary 6 when this happened. She was a sighted girl who went to the school every other child in her community attended. When she became blind, she couldn’t further her education there and was taken to Pacelli School for the Blind in Surulere. Then she attended a school in Ijaniki, a vocational training centre at Oshodi, and then went to a skill acquisition centre at Ikorodu, a place people know as “Fashola’s school.” It was there she learned different handworks.

At first, it was only my parents who catered for the eye problem. But when I was ready to further my education, it was Oladipo Diya who sponsored me to my secondary school at Ijaniki and then the vocational training. Then, he was second-in-command to Babangida.

Today, those skills she acquired are helping her. Oluwafunke is currently an art teacher at Agbowa Model College, a mixed school for both sighted and visually impaired students. For someone who had spent the first 13 years of her life with two healthy eyes, transitioning into a visually-impaired world was daunting.

I had no choice but to cheer up and move on. What will I do? It wasn’t easy for me at all, but I had to cope.  When I was taken to the school of the blind, I saw blind children who were younger than me. Some had even been blind from birth. At least, I had the opportunity to see. Life goes on.

People living with disabilities are largely stigmatised, and shame trails those with disabilities as inexorably as the whispers, jeers and sneers from people. Although many PWDs don’t like to talk about the difficulties they go through living in a society where they are largely belittled, Oluwafunke did not hesitate to share her many challenges.

I was really discriminated against and people who didn’t discriminate pitied me. I had to enlighten many people on how blindness is not a disease. But I soon realised that people have different levels of understanding and I left them.

Even as an adult, I still meet people who discriminate, some people say “oh, I can’t move with you so I don’t become blind.” But there are others who are intrigued by you and want to become your friend. Such is life. 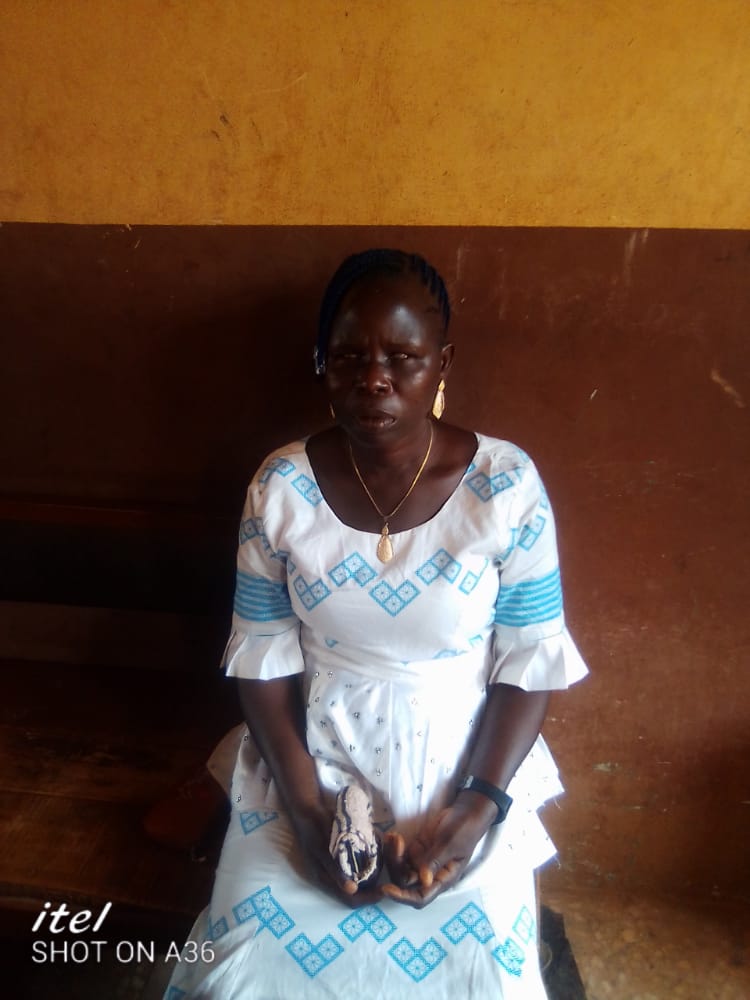 Oluwafunke’s challenges do not end here. To be visually impaired is to be humiliated in several ways.

Many times when I want to cross the road, I have to beg people to help me. Many will look at you like you are nobody. I just tell myself that it is not their fault, it’s because of my condition. Sometimes, if I happen to need the help of someone and the person who has the means (visual) refuses to help, it hurts me deeply. Like when I am calling someone and the person, knowing that I can’t see him/her, would pretend not to be there and refuse to answer. But hey, I can sense you and I know you are there.

My finances are not okay at all because I don’t really get paid well. Majority of my finances goes on my children and the remaining is usually too little for me to manage.

From being that 13-year-old girl who was thrown into uncertainty by her blindness to being a teacher, a business woman, and a happily married woman who has spent 34 years in marriage and has four kids, Oluwafunke has crossed many hurdles life has flung her way. In a way, she is also paying it forward by teaching blind women how to take care of their homes.

There are some people who have been blind since birth. Unlike me, people like this do not know how to navigate the home front like sighted people, so I teach them how to do their house chores – clean their homes, cook meals and generally teach them home keeping techniques. 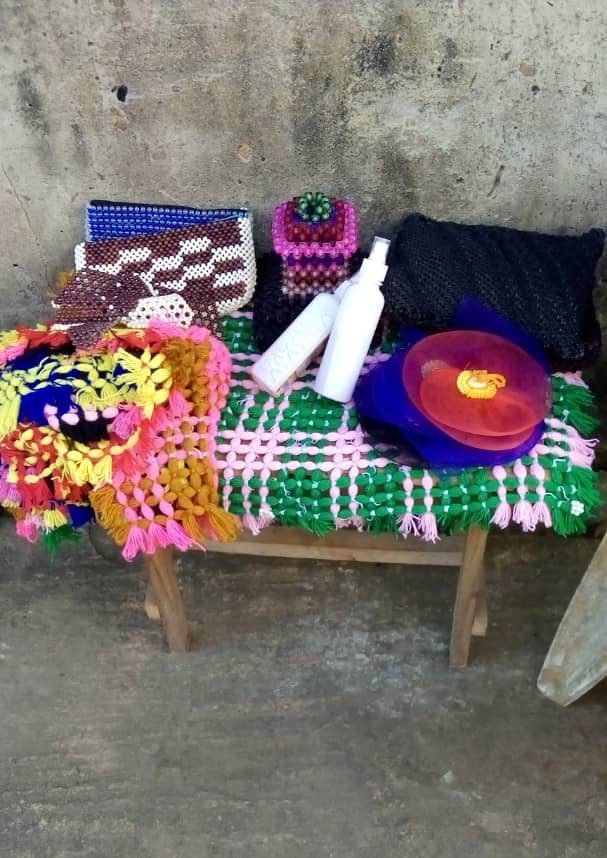 Amidst her many challenges, there are a lot of things Oluwafunke is grateful for.

There are places I have entered that if I had working eyes, I wouldn’t have been given access to. There are people I have met who wouldn’t have given me an audience if I had had my sight. In many offices, especially government offices, it’s easier for us to get things done easily. They look at our conditions and answer us quickly.

As ordinary people, you can come to our aid especially when you see us on the road, trying to board a bus, cross the road, or trying to locate a destination. A simple “hello o, can I help you?” will go a long way.

Our schools are not okay for visually impaired people to move around. There are some schools where the compound is not okay. Like this Agbowa Model College, the school is up and down; the ground is not levelled, so our blind students fall down anyhow. Government officials can come here, look around, and ask how they can help. The school food isn’t good also, and the hostels are in poor condition.

The government is putting in a lot of effort. Like in hospitals, many of us are given discounts so we can afford the bills, they can do the same for blind students in schools too. There are many parents who wish to send their children to school but they do not have the funds. When the school fees were increased here, a lot of parents withdrew their children because they couldn’t afford it.

We spend way more than sighted people. With 50 naira, you people can buy your pen, but we have to get up to 10,000 before we can buy a typewriter to write. Apart from that, there are other things we have to purchase too. Many parents cannot afford this so they tell their wards to sit at home. The government is trying but they need to do more. 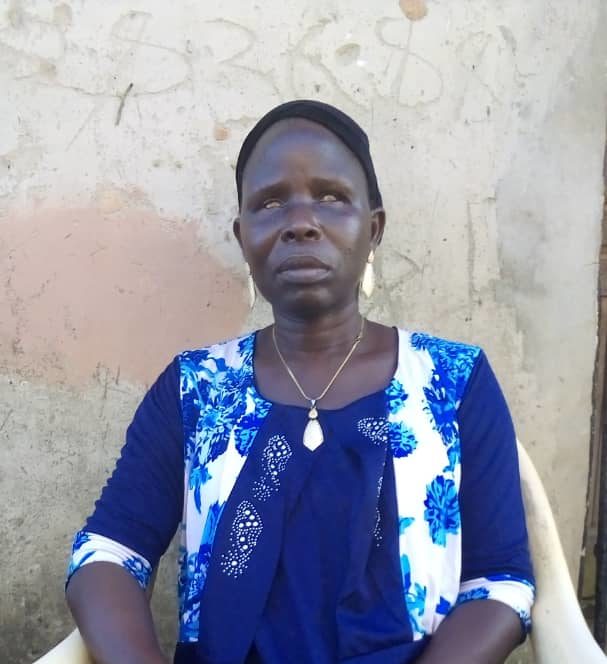 For parents who have visually impaired children, Oluwafunke had one piece of advice: stop hiding your children.

Parents with visual-impaired children shouldn’t hide them at home, bring them out, and ask people for help. There are lots of children at home who don’t go to school, many have been thrown to the streets to beg. Bring them out so we can help them one way or another, either by teaching them ‘handworks’ or giving them formal education.