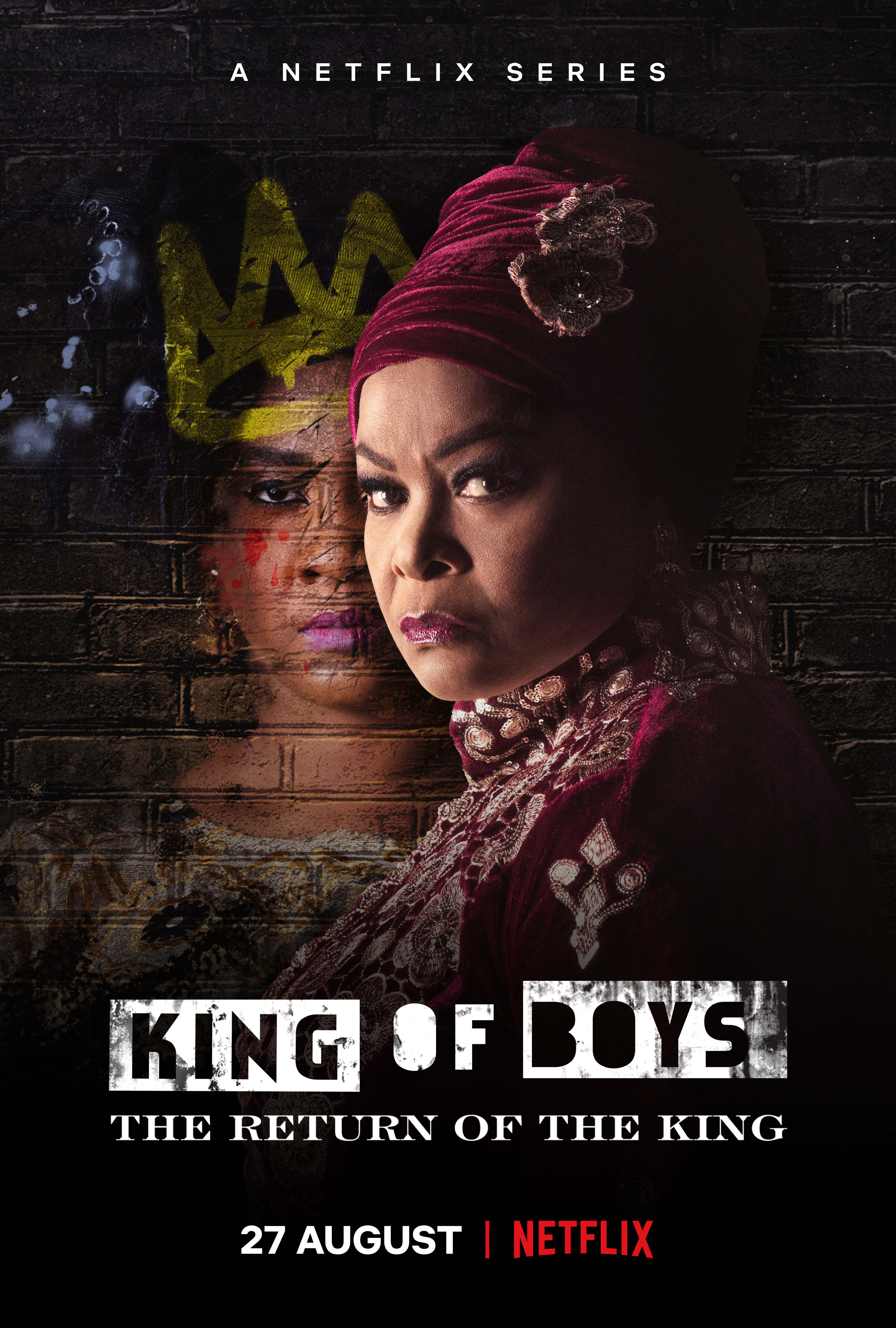 King of Boys is inarguably one of the best movies to grace the Nigerian screen in recent years. The story, its execution, the actors, costumes, and production were just right for the movie. However, beyond the unconventional storyline and action-packed production is a solid representation of women in politics.

Firstly, Sola Sobowale playing the king of boys is an affront to the unspoken rules of this make-believe world, where it is believed that women who are given lead roles ought to have perky breasts, flawless skin and mortar-board hips. Usually, Sobowale would be a clingy mother-in-law, a mourning widow at the mercy of her husband’s relative, an evil witch wreaking havoc on the story’s protagonist for unreasonable reasons – she would be anything but someone who wields as much power as Oba did.

Kemi Adetiba had other plans. With Laburu, she shows that it is possible for women of older ages to be the pivotal characters of movies without having to squeeze into the casing of a conventional female protagonist in Nollywood. There is no shying away from the fact that Laburu is approaching her later years. In the first episode of the series, she is stripped of her make-up at some point, her wrinkles are allowed to show, her hairline is allowed to recede. She is allowed to be Laburu: the old woman who has no limits to her ambition despite society’s brackets for someone of her gender and her age.

King of Boys also challenges a culture that sees marital status as the most important aspect of a woman’s life, even if she has achieved just as much as her male counterparts. In episode three, we see how Laburu deals a team member a dose of her eyes-pop-plus-dangerous-squint move when the lady suggests they leak a false story of Laburu’s engagement to the press. The move, which was to feed traditional voters the idea that Oba is “settled” enough to be the next governor of Lagos state, reveals the Nigerian culture of refusing to see a woman as worthy, no matter her achievements, until she has a “crown over her head.” Laburu’s question, “Would we be discussing this if I were a male candidate?” challenges gender equality in the society and leaves us to think if, truly, men would be treated as unworthy if they had achieved all that but had chosen to remain unmarried.

King of Boys as a headline itself is a slap in the face of patriarchy, especially as the king here is a woman. When the matter  of late Prince Philip having the title of “prince” as opposed to “king” was discussed on social media platforms, a lot of comments played around the lines of how women never really have something to offer men. However, the situation only seems to further expose patriarchy as a structure that regards women in terms of “less than.” The truth is that femaleness in patriarchy does not measure up to masculinity even where it carries the cloak of power.

It would make sense that if by virtue of her marriage to King George VI, Elizabeth Bowes-Lynn is conferred the title of Queen, and Prince Philip, by virtue of his marriage to Elizabeth II, should carry the royal title befitting the spouse of a Queen – which is King. But where a kingship exists, a queenship  becomes a sit-and-look-pretty position. This will explain why a lot of women on social media today carry the title ‘king’ instead of being ‘queens’, because in a way, they are aware that queenship, even with legitimate power, is only half of king in many ways. For one, it is not powerful enough to confer kingship to the queen’s husband. And as Laburu has shown, for an increasing number of women, sitting pretty and cutting ribbons without real powers to make a change on the tables, is simply not enough.

Another subtle feminist stance taken by Adetiba in the writing of KOB2 is having two female characters go head to head for something other than male validation. Cat fights are not new in movies, however, these feline powers are usually channeled at winning the attention of one man who stands as the sun of the story. Conversely, Laburu and Jumoke Randle make political power their own sun, and ruthlessly battle for the governorship of Lagos State instead. They both want power, and whether they wield it directly – as Laburu has always done, or indirectly through a man – in Randle’s style, for once, the man is not the bone of two women’s contention in the story. That, in itself, is another of Adetiba’s contributions to the representation of women as stand-alone beings, not merely accessories to men’s existence.

Also, we see female characters in the worst of behaviors without their gender being an extra tag of shame or a cause of sympathy for their crimes. When women are of bad character, there is usually judgment from the puritan standpoint which berates them, not for being evil, but for being women and evil. Sentences like “She stole? And she’s a woman o,” ”That lecturer is wicked, and she is somebody’s mother,” are demonstrations of this perspective. On the other hand, sometimes when a woman rapes, or steals, or kills, there is some form of sympathy for her which stems from this same women-are-saints ideology. While it tries to look benevolent, this sympathy is patriarchy’s way of telling women “we would not put you on the same scale with every other human being, because, again, you are not a man.” In the end, this ideology is not only fundamentally invalid, it is a disservice to the justice system which should pay no respects to a person’s status before delivering its verdict.

Therefore, Eniola Salami, especially in The Return of The King, depicts women as round objects of humanity, capable of the beautiful, bad and ugly, seeking redemption or choosing to wallow in the murk of blood and power that men of their kind dwell in, with judgments based on their person rather than gender. With Laburu, Adetiba proclaims that women are not automatic goddesses of purity, or saints, or angels – women are human beings equally capable of good and gore. If women are to truly become equal, they must be portrayed and allowed to exist in all the possibilities of what it means to be human, and this is what Adetiba has done with Laburu in KOB.

King of Boys pushed a lot of boundaries and overturned tables not only in terms of filmmaking, but also in respect of the definitions of womanhood. Little wonder one Nigerian actor (who has tried to ride on Adetiba’s shine with his 2019 YouTube movie series, also titled King of Boys)   said, “A woman can never be King of Boys”, shortly after The Return of the King was released. Rightly, a colleague of his fired back accurately, “a woman can be anything and whatever she wants to be.”

The impact of KOB is one which will remain for years. From inspiring the creation of stronger female characters, to rewriting the overall portrayal of women of different ages in the industry, there lies a promise to gradually warm the Nigerian society to the idea of true equality for women. Cheers to more years of breaking archaic cages for women on the Nollywood scene and the Nigerian society at large.

Peace Oluwatofunmi Akinyode is a penultimate year Law student at the University of Ibadan. She also currently contributes as a journalist with one of Nigeria's foremost newspapers. She considers herself a growing feminist, constantly learning about gender relations in societies. She believes in the ability of human beings to rethink culture, and nurtures hope for a better world for people irrespective of their gender. When she is not cramming cases for exams, she is either challenging patriarchal views on her blog (genderlienne.wordpress.com) or ghostwriting romance and mystery stories to help fund her chocolate chip cookies addiction. You can reach her at [email protected] for collaboration on writing projects. You can also find her on Instagram @a_foyeke where she tries to play Shakespeare with thought evoking poetry