BN Book Review: In Every Mirror She's Black by Lola Akinmade | Review by The BookLady NG 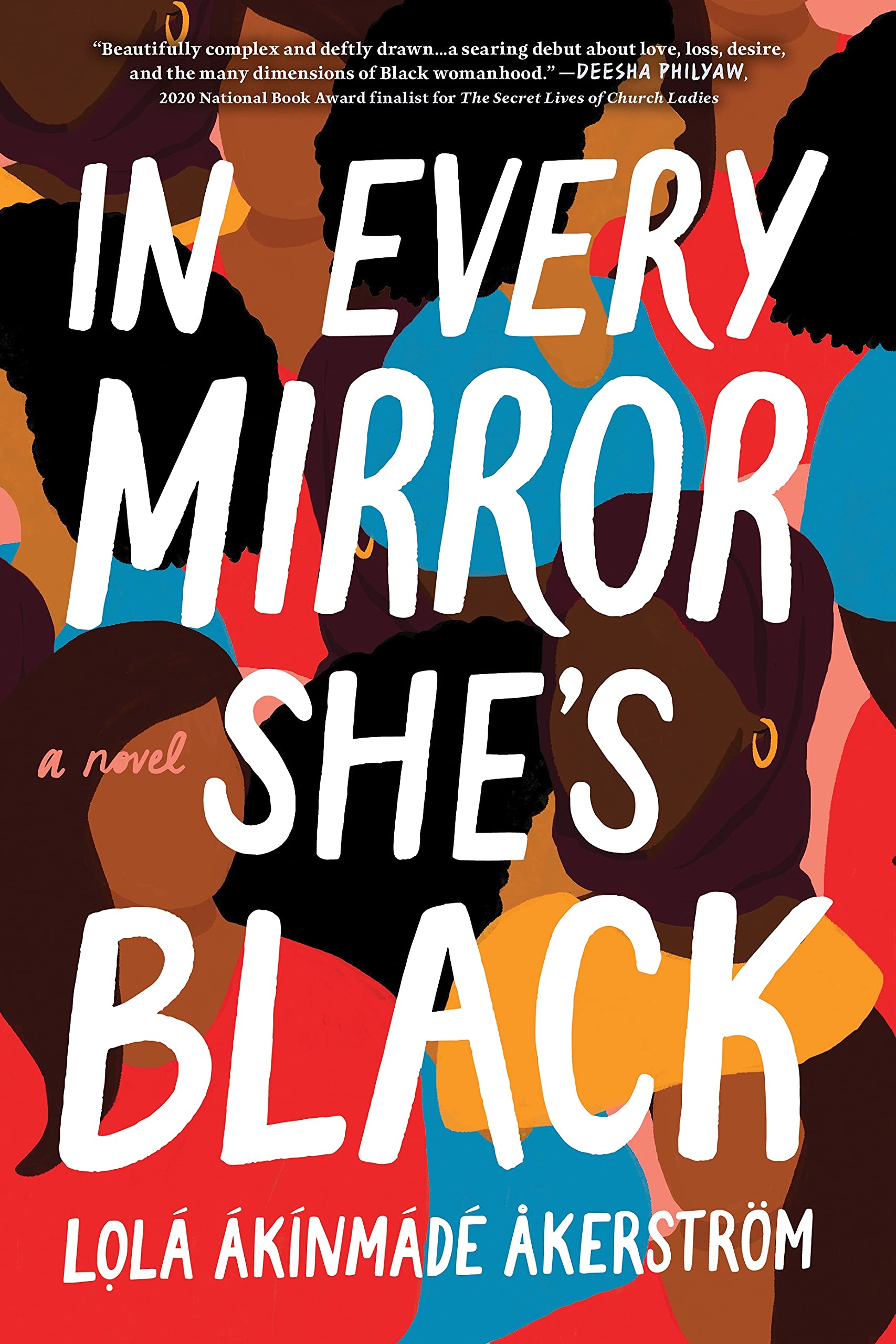 There is this popular Tiktok video of an Asian man chanting the words ‘emotional damage’ on a loop, which you most likely have come across if you are conversant with Instagram or Tiktok. These words come close to describing the feeling you get after reading In Every Mirror She’s Black. The feelings this novel evokes oscillate between anger, pity, sadness, empathy, and sometimes fear. For a novel to elicit these range of emotions, it is obviously packed with heavy themes.

In Every Mirror She’s Black is a debut work of fiction that illuminates the way classism, racism, tokenism, female fetishization, patriarchy, and white supremacy work in our current society through the lives of three different women. The novel centers Kemi, Brittany Rae and Muna who are connected one way or another to a powerful businessman in Sweden. Sweden is a white dominated society and as of 2020 it boasted of a total of 236,975 African population. This drastically pales in comparison to the 46 million Blacks that America could account for in the same year.

The book dives headfirst into the reason for these women’s immigration to Sweden and what they mean to achieve there. For Kemi, it is work that takes her there, for Brittany Rae, it is marriage and for Muna, she is seeking asylum. All three women meet at the company Kemi works at, but do not connect further than that. They individually work their way around the racist, classist and patriarchal baggage the country presents. They each bear the burden of their experiences while they find own rhythm and balance. But this is not easy as seeing that they struggle with totally claiming their worth in a society that means to trample them at every opportunity. Kemi is working among people who claim they need her for saving the face of their company but are in fact just hypocrites. Unarguably, she is the best at what she does and so when Jonny von Lundin offers her a position at his company to be the brain behind their representation of the people of colour, she takes it with the hopes that it will be a step to further her career and personal life. But she couldn’t be more mistaken.

Brittany Rae is a flight attendant who meets Jonny on a flight, develops a whirlwind romance with him and marries him, but something deeper marks the course of their relationship. Brittany is forced to learn the truth about the foundation of their relationship in the most difficult way. She is forced to doubt herself over and over again. She is forced to examine her choices and how crippling they’ve become. She is forced out of the seemingly safe cocoon that Jonny’s love provides to ask deep questions. When the answers are not forthcoming, she deliberately seeks them out. And while a lot has been given to her in the relationship, it is plain as day that she is deplete and running on empty.

Muna, the Somali refugee, is a young girl whom life is steadily serving lemons. Her story starts off slow and it appears that we might never see any interesting part to her, but it increasingly gets better until we get to a sharp turn. The losses that punctuate Muna’s existence do not deter her from maintaining an optimistic view of life. Quite commendable that she trudges on even when the next step has been blurred out of focus by her tears.

For the women in Akinmade Åkerström’s debut, the dissatisfaction with their current state in life is their ultimate driver. They feel like something is missing from their lives despite the fact that it appears that they have all they need. Kemi is ready to blaze new trails and Brittany is just waiting for something, anything to break the monstrous monotony her life has become. From the dissatisfaction, they move on to curiosity about what this new life as marketing executive and wife, respectively could hold and so they both take the plunge. As for Muna, she represents the marginalized women, the ones displaced by war, crises and loses. The ones whose lives are balanced on a precipice. The ones who have no clue what their immediate tomorrow holds. The ones who only focus on their present-day reality. The ones who regardless of how daring their dreams are, they find themselves boxed in and unable to fully live out those dreams.

It is fascinating how Lola Akinmade weaves the story of these women around each other while using them as symbols of the systemic racial segregation women face in the Swedish society. Each woman is the narrator of her own story. We are invited into their conscious and unconscious minds through their thoughts, feelings, ideologies, actions and inaction as all these shapes their situation. Lola demonstrates simplicity with adept use of dialogue, which makes the book an easy read despite its complex themes. I, however, wish this book had a better ending.

Be Transformed With The Catalyst: How to Remain Committed to Your Life Goals