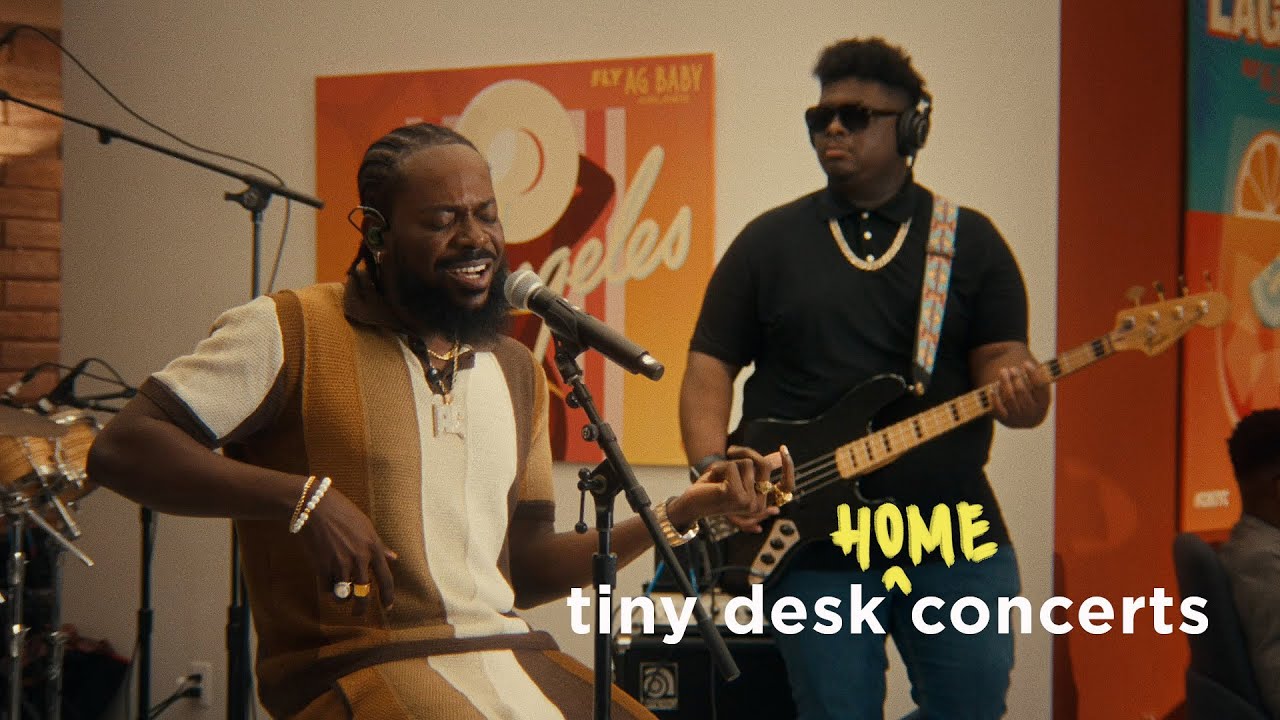 This year, NPR Music is celebrating Black Music Month with an array of brand new Tiny Desk concerts — both from home and from behind our beloved desk. Together, these artists represent the past, present, and future of black music. This month of carefully curated shows is a celebration of black artists expressing themselves in ways we’ve never seen before, and of the Tiny Desk’s unique way of showcasing that talent.

Adekunle Gold, who is presently on tour in the United States and Canada, stopped by the Tiny Desk to show the audience and fans what to anticipate from the 19-city tour. The Nigerian singer-songwriter’s Tiny Desk (home) concert has the sound and energy of a flight path. It starts calmly and builds up to higher levels that will make you want to dance and move your feet.

AG’s career first picked up steam after the release of his debut single “Sade,” a highlife cover of One Direction‘s “Story of My Life,” in 2014; then, he released his debut album “Gold” in 2016. Three albums later, the Yoruba sensation’s sound has evolved from highlife to Afropop.

AG filmed his (home) concert with his band in Los Angeles, inside a retro, faux airport terminal – the home of AG Baby Airlines. Opening with “Sinner,” a modern take on the Bible story of King David and Bathsheba, the band’s arrangement works well live, with AG’s smooth vocals, violin, and steady, rhythmic drums.

Closing his set with the uptempo and jaunty “Okay,” a reliable banger from his record “Afro Pop, Vol. 1,” AG explains: “It’s such an energy giver — the people turn up, and we are about to turn up now.” Embarking on his first North American Tour Catch Me If You Can, which has its first stop today in Boston — as noted on the AG Baby Airlines signage — “turn up” is precisely the correct term as AG Baby is letting you know that he may be bringing his signature soulful Afropop to a city near you.

Watch the home concert below:

#RoadToBahd: Falz takes Us on the Journey to Making his Next Album “Bahd”