BN Book Review: Truth Is a Flightless Bird by Akbar Hussain | Review by The BookLady NG 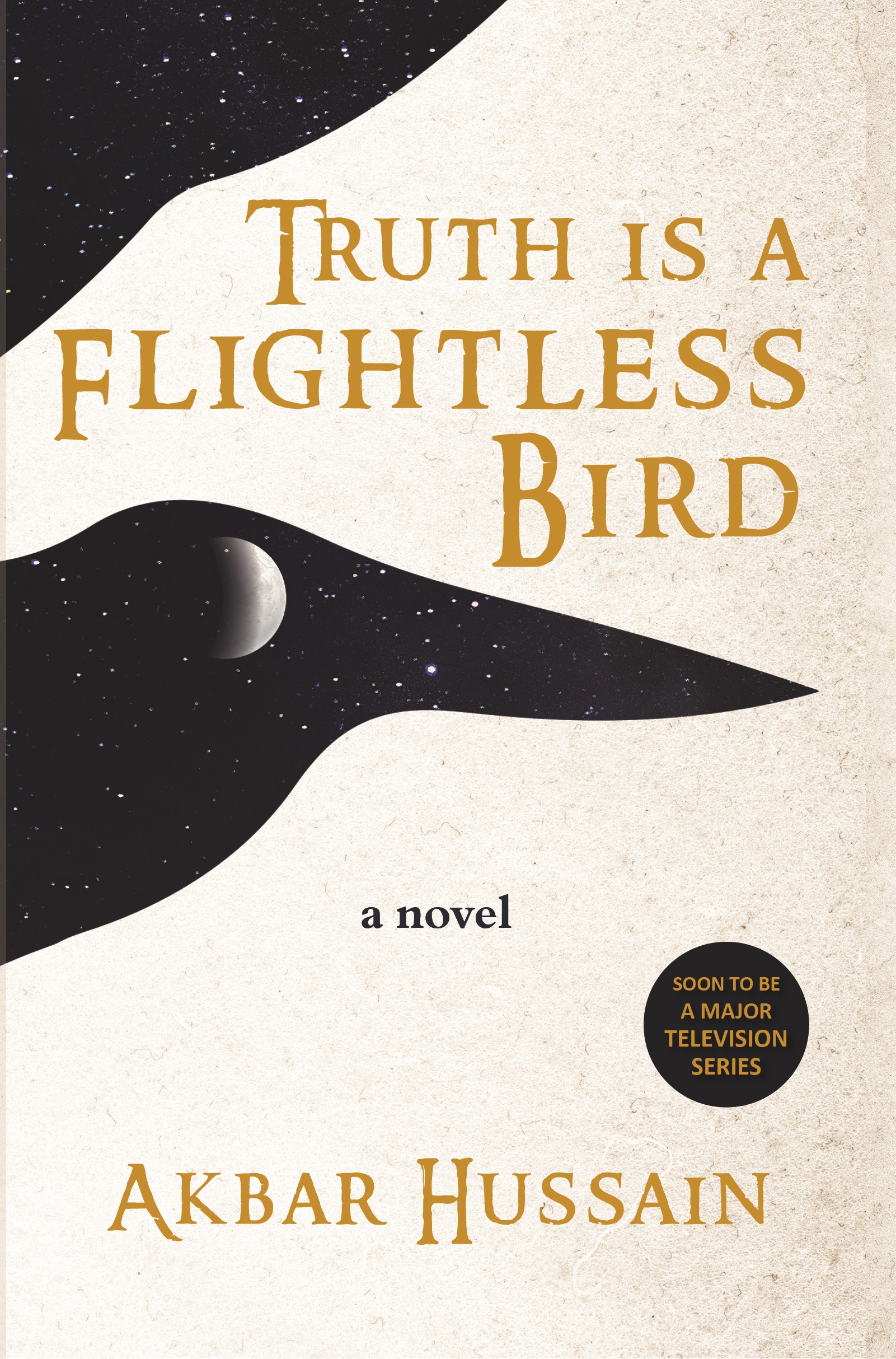 Set mainly in Nairobi, a bubbling metropolis in Kenya fondly called the Green City in the Sun, this debut crime fiction traverse the good, the bad and the ugly in the lives of the characters delineated. In this city that is always on the move, always changing, we are introduced to characters with layers of truths and half-truths sewn into the fabric of their existence. All of them want something and through the course of the story, the layers to them slowly unfurl.

Meet Nice, a young woman trying to do right by her unborn child even if it means swallowing pills that carefully rest next to it before a one-hour, forty-five minutes flight. Duncan, a priest by choice, running away from some of his life’s choices to accept ministerial duties. Ciru, a middle-aged woman desperate for her son’s affection and ready to kill for it. Toogood, the man whose action galvanizes the main characters and drives the better part of the plot until it doesn’t, is a drug lord racing to meet a fatal deadline.

When Nice’s flight from Mogadishu landed at the airport in Nairobi, little did she know that over the next few days, her life would derail drastically to accommodate regret, pain and fervent pleas for redemption. She unknowingly drags Duncan into the fray and they both experience the dregs of Nairobi at the hands of Ciru and Hinga.

“The time had come. Of this Ciru is convinced. The time to walk away. For a while at least.” Ciru is frantic for something different, something completely separate from the life she is currently living. When Nice and Duncan show up on her doorstep, she sees them as her ticket out of a job she considers a painful pastime. But she is not the one calling the shots here and to achieve her aim, she must pull some plugs however dangerous they may be. Despite their differences, the characters in this story share something in common: self-preservation.

Akbar Hussain exposes the characters for who they are without laying all the cards at the table at once. He turns them inside out bit by bit, showing us how human and humane they can be despite their choices. Nice can be a good mother not because of her life’s choices, but because beneath the coat of recklessness is someone who cares, who keeps it real and who is capable of giving love without holding back. Perhaps this is what she has in common with Ciru: a mother’s unconditional love. The type that makes you want to change your entire being for one little human. Duncan comes to terms with the simmering rage that threatens to burst from him, a visceral thing that almost spills into an act of violence but must be kept on a leash. His entire existence comes into focus and he realizes that his life has been a bout of monotony and practised calm. He is in no way the man that wants to continue living a lie. The climax arrives slowly but surely in this story with each character’s truth in tow is a confirmation that truth is indeed a flightless bird. It never really goes anywhere.

Akbar Hussain fully immerses this politically savvy narrative in the peculiarities of Nairobi while demonstrating the yawning gap placed on society by class stratification. A symbolic backdrop to the story is the impending visit of President Obama to Kenya and how the country, especially the country’s capital, Nairobi, is preparing for his arrival. The high-brow areas in the city bear different indications of his arrival, but the parts of the city where Duncan is made to crawl through reek of neglect and waste. He must have driven past this building a hundred times, and he wonders what horrors lay just beneath his feet.

Akbar uses very vivid expression to detail the level of depravity in this part of town: “…a voodoo version of a woman, head and body shrunken, leaving her eyes and teeth outsized. Her skull lay vulnerable as an egg against the floor, the arctic light making great pools of darkness under her eyelids.”  This description is a direct contradiction to the city supposedly known for its hustle and bustle, its vibrant stretch of activities and its indefatigable quality.

Akbar writes about the dangerous world of drug trafficking with a lyrical abandon. He writes with the precision of a gun, taking readers through the dense maze, baring the sordid details and unmasking the true nature of man. The narrative voice is direct, almost cutting, a testament to the crucial themes the novel highlights. Drug trafficking is no business for the fainthearted.

The novel deserves its praise from early readers like Leye Adenle, author of Easy Motion Tourist. He calls it a “brilliantly pulled-off city noir that shocks and excites.” This much is true, and it is also safe to infer that Truth is a Flightless Bird bears some similarities with Adenle’s duology, Easy Motion Tourist and When Trouble Sleeps in the sense that they are all trying to make sense of the web of crimes committed in cities that never sleep.

Ask Sade About Trusts: What is the Right Age to Write a Will?