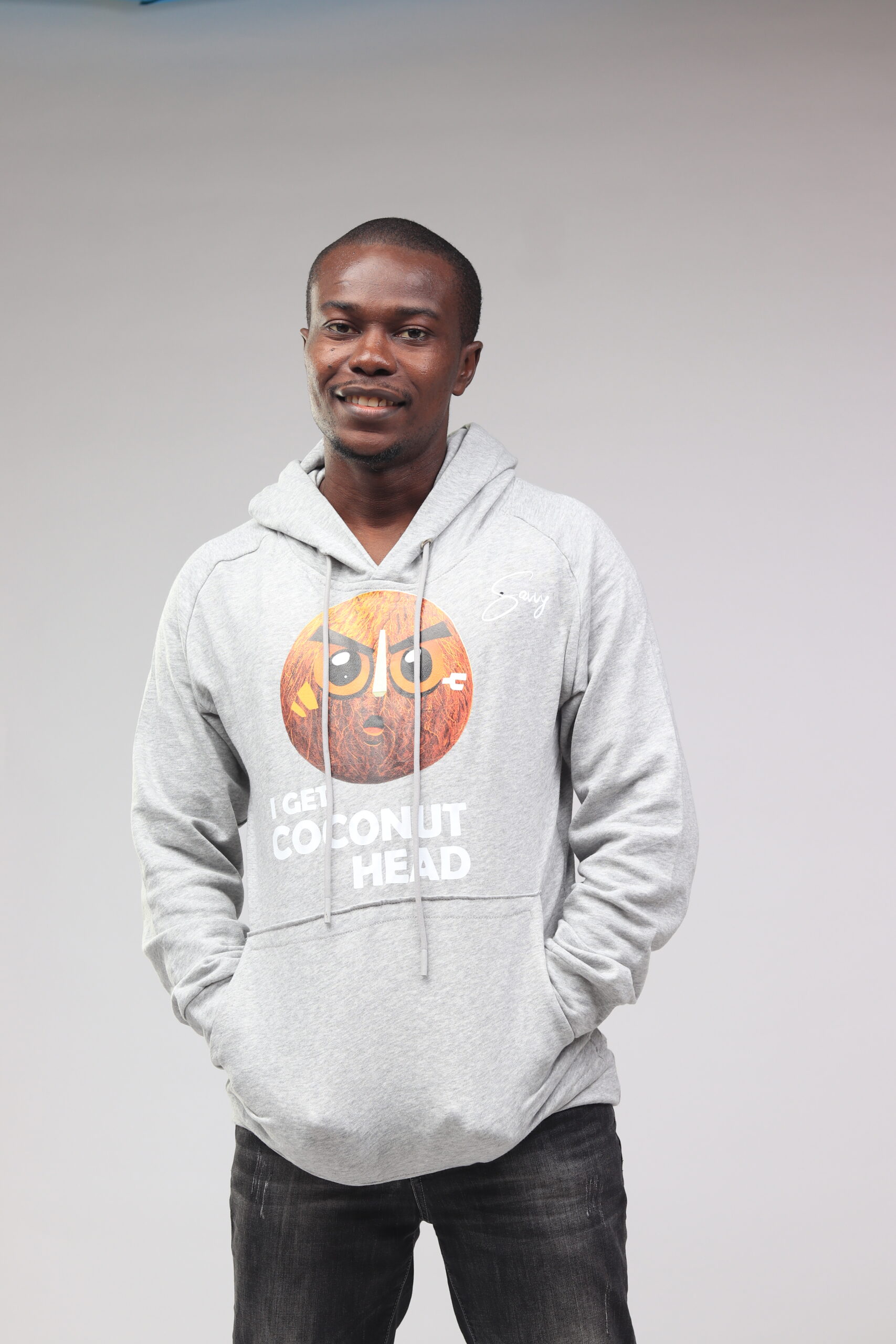 For the first seventeen years of my life, I lived in a particular yard. So inevitably, the schematics of the yard and the faces of people in the community were entrenched in my subconscious. Two years after we moved, I had a dream in which a scenario from our erstwhile apartment played out. Do you know that, as a superstitious person, the interpretation will be that my village people were on my case? Some other person might deduce that my mind was trying to send me a message using places and people that I was familiar with. Do you know both people are correct based on their perspectives?

I shared that story just to give some insight into how powerful conditioning affects your point of view, belief and actions. Unfortunately, our education system isn’t engineered to foster critical thinking; it trains you to internalize not interrogate. So we grew up with myths that were never demystified and social constructs that were never deconstructed. That’s where disruptive thinking comes in. You need to appreciate the role of psychology in the art of war; the theatre of operations is really your mind. Just like what is going on in Eastern Europe: the visible weapons of the war comprise Kalashnikovs, bombs, and ballistic missiles but the invisible war is driven by agendas, propaganda, and interests.

Every time you are exposed to a narrative about something, images are formed in your head and over time, these images become strongholds. For example, when someone says you cannot win elections without ‘structures’, the statement isn’t necessarily incorrect but it’s incomplete. Political structures can be easily decomposed into human and material resources. It may manifest in seemingly advantageous forms such as having a party member as an incumbent, owning physical offices, or possessing a heavy war chest but the collective will of the people is the ultimate political structure.

Understand that in politics, just as with other facets of life, some spin doctors’ JD is to convince you that certain things are impossible – it’s a well-oiled machinery. If it was truly impossible, they wouldn’t waste their precious time, energy, and resources in trying to convince you otherwise. Be assertive: if something won’t work, find out for yourself. If it works, good for you. If it doesn’t work, you would have found at least one way not to do it again. Either way, it’s a win! Your detractors often believe in your dreams even more than you do, that’s why they go all out in trying to stop you.

Nobody bothers to talk you out of flying because as a human being, it’s physically impossible in the first place. However, when you see people desperately trying to convince an eagle that it cannot soar, there must be something those people know that they don’t want the eagle to know. One of my favourite phrases is, “casting down imaginations (images formed over time that have become strongholds in the mind)”. When you’re exposed to something over a long period, it takes a fight to unlearn what has been serially reinforced. Otherwise, why is someone who has budgeted millions of cash for social media influencing, sewing threads, and hosting Twitter Spaces upandan always harping – on the same platform – that what you’re doing there doesn’t count? “Politics is local” in the poteaux poteaux.

Everybody get role, no mean say your own role pass my own. Once you take responsibility for your role and sphere of influence, you effectively become the structure. Maybe the establishment calls you naïve because the structure it is bragging about is a political euphemism for election rigging, rented crowds, voter suppression, thuggery, and vote-buying. We need to be humble and use our tongue to count our teeth instead of chest-thumping about having structures for winning elections but no structure for winning in education, tech, infrastructure, public health, security, economy, agriculture, or providing an enabling environment for young people to thrive. It reminds me of Martin Luther King’s apposite description of “…dangerously structured dams that block the flow of social progress.”

Technically, Voltron didn’t exist because it wasn’t a monolith – it was only when the Red, Black Blue, Yellow, and Green Lions came together that Voltron became the defender of the universe. Nobody is coming to save you, stop waiting for some messiah – it’s only when you come together that you become indomitable. Pay attention to international news and you’ll realise that, no thanks to the colour of your skin, you’re not a priority if things go south.

Yes, anger is not a strategy and I don’t subscribe to unsavoury behaviour but perhaps anger is the language of the unheard, the rationale of the disillusioned, and the fuel of the disenchanted. David’s skill wasn’t just on the battlefield or on the harps, it was really in leadership. A king and his top generals who had all the structures available were cowering in the trenches but some kid showed up and showed out ever before the actual fight began because the most sophisticated weapon in warfare is courage. He would later gather the disenchanted, disgruntled, and discombobulated folks at the Cave of Adullam and turn them into an exceeding mighty army. Name one organization that is more ‘structured’ and regimented than the army – I will wait.

I like to keep things real, I even pride myself on being a pragmatist but I also ask what world we would have without idealists? The Wright Brothers were idealistic about airplanes, their idea is right till today. Steve Jobs was idealistic when he introduced the iPhone, Apple made more money in 2020 from just selling AirPods than a certain African Giant made from crude oil. Ignaz Semmelweis, who discovered a connection between handwashing and reduced risks of infection was thrown into a psychiatric ward for such a weird idea, yet his ‘idealistic’ thinking saved millions of people when the pandemic hit.

As a communications strategist, I easily recognize the signatures of the playbook used by Sanballat, Tobiah, and Geshem; these sons of perdition maintained a studied silence when Nehemiah was agonizing about the broken down walls but the moment Nehemiah switched to organizing human and material resources to rebuild the walls – here they come with their nitpicking and disingenuous commentary couched in some supposed extra-terrestrial wisdom. Simone de Beauvoir was right, oppressors wouldn’t be so strong if they didn’t have accomplices amongst the oppressed.

I talk a lot about slavery because if you ever grasp the slavery model, you will never outsource your thinking to anyone again in your life. Harriet Tubman found out the hard way that many slaves never wanted freedom, they just wanted to be in the good books of the oppressors and move from the plantations into the houses. Some people are annoyed with you because you get coconut head – you’re not allowing them to think for you. You can draw a straight line from some successes to systemic dysfunction, hence your democratization of human agency, thought and influence is an existential threat to their business models. Pseudo-messiahs love dysfunction because it guarantees their continued relevance. They are indifferent to bad governance but thinking for yourself is where they draw the line.

I was shocked like many others in the Marvel Cinematic Universe as we watched the first installment of Doctor Strange when we found out that the Sorcerer Supreme drew her powers from the Dark Dimension, so I won’t be fazed if any of our faves share an umbilical cord with Dormammu. Certain systems generally don’t like kings they didn’t crown because nobody can boast that they made ‘Abraham’ rich.

This feels like some 6-god talk but I ain’t trying to get preachy. I would have gone further down that rabbit hole but honestly, never mind. This time around, we will have a new bunch of voters – surrounding the polling units. The 2023 election isn’t merely another election, it’s our future that’s on the ballot. So before dem use me, I go use my sense.

“When we feel like we can do nothing, that’s when the despair sets in but everybody can do something. Most of our volunteers are first-time campaign volunteers. It’s the first time someone called their neighbour about whether they are registered to vote. It’s the first time that someone knocked on a door or organized a house party. What I have seen across the board is once people decide to step up in the smallest way, the whole world opens up and I think that when millions of people come together then our country has a path forward” – Alexandria Ocasio-Cortez (AOC).

BN Hot Topic: When Do We Move From Doing Business to Cheating People?