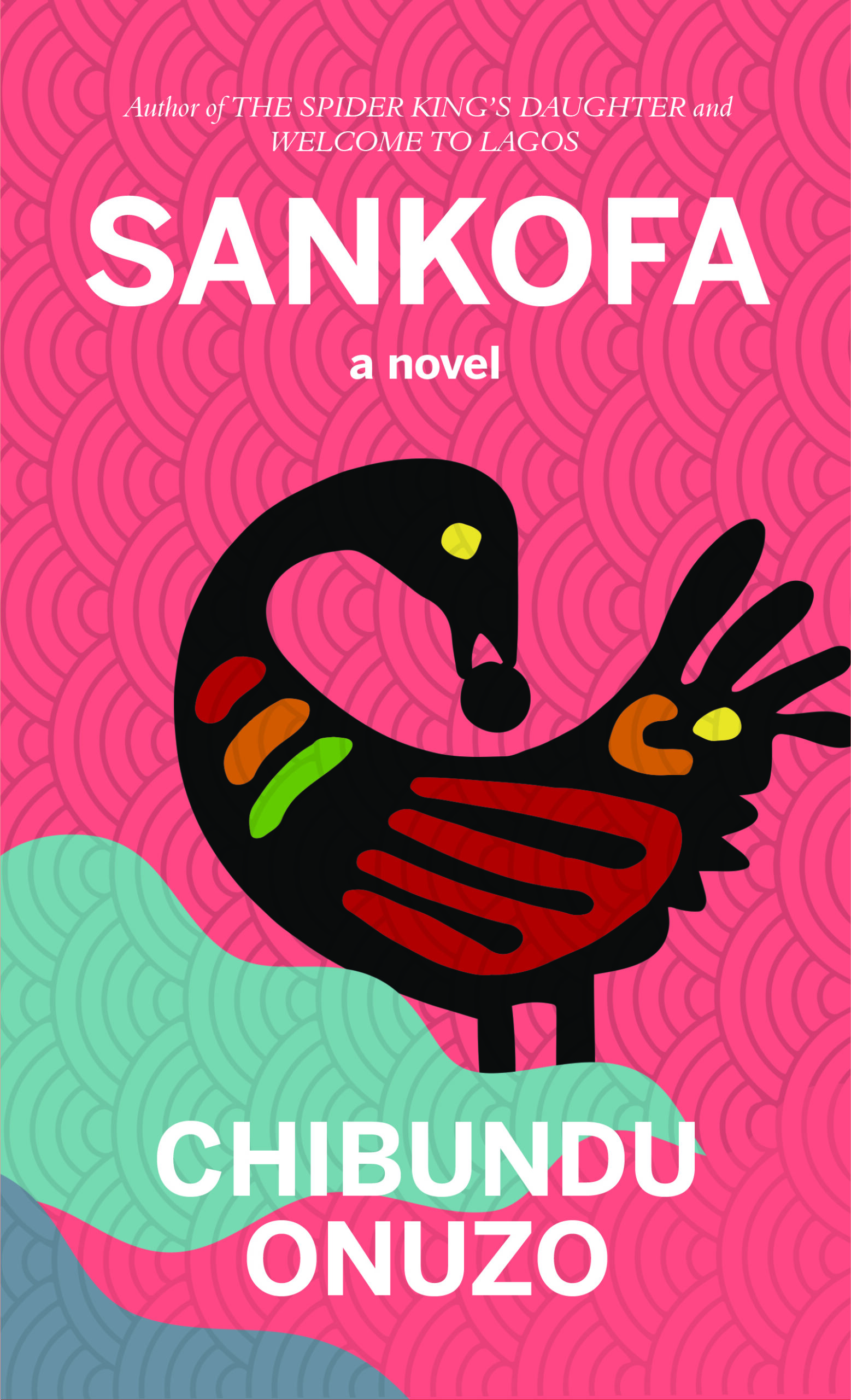 Sankofa is the third book by the award-winning author, Chibundu Onuzo. In this book, Onuzo talks about race, identity crisis, loss, grief and belonging. The title is derived from a mythical bird of the same name that turns its head backwards to eat a precious egg; subtly implying that we should strive to retrieve things of value from our knowledge of the past. It demonstrates the necessity of how our perception of our past or lack thereof can influence both our present and future. In this book, Anna invites us into her world as she narrates her story which covers the expanse of two continents in a short period of time. She has just lost her mother and while sorting through her stuff she finds a diary dated before she was born owned by one Francis Aggrey. She proceeds to read this diary and finds out that Francis is indeed her birth father whom her mother refused to speak of. Anna meets him on the pages of his diary and decides to do the same in real life.

Anna grows up as a biracial kid with a mum who does little to understand her reality. Her experiences are constantly invalidated and eroded by counterarguments that love is enough. Perhaps this is what makes Anna grow into a woman incapable of living life on her own terms, constantly plagued by indecision. But Francis Aggrey put the wind back in Anna’s sails through his diary entries. She begins to see the possibility of going as far as Africa to meet someone she has never met before in her life. In the pages of the diary, Anna finds a man, a friend who understands closely what it feels like to live in a skin abhorred by others. Francis Aggrey knows what racism is. He understands what it means to live in the midst of people who judge you based on your skin colour. Anna pores over the pages of the diary finding a man who could have loved her, a man who could have made her understood herself better, a man who could have given her the self-confidence she so lacked while growing up, and most importantly, a man whose realities mirrored hers. Once after reading about some of his struggles in his diary she muses, “I want to cheer for young Francis. He would have thought me how to fight, how to make a fist and throw a punch. Not like my mother, who raised me to have nice manners no matter the provocation. I was told to shrink from conflict even when it sought you out, even when it thrusts its finger in your face and said, ‘Go back to your fucking country.’ tell them this is your fucking country, Francis Aggrey would have said.”

In London, Anna is a nobody, but Bamana offers no respite from this as well. She is seen as a foreigner and the fact that she is neither accepted here nor there heightens her sense of displacement. Where does she actually belong? The UK or Bamana? It is easy to see Anna as a middle-aged woman adrift at sea, just flowing with the currents until she becomes anchored by her father’s diary. In a way, this diary returns Anna’s sense of purpose and for once in a long time, she is actually in charge of her life. She meets Francis Aggrey, now Kofi Adjei, in Bamana and she is faced with the reality that the man she met on the pages of his diary has undergone some significant changes, some pleasant and some not so pleasant. Anna’s world is tipped off its axis as soon as she realizes that her perception of her father is miles away from reality. He has morphed into someone with sharp edges that can cut, prune and bleed out enemies. Francis is a softer or tamer version of Kofi, but Anna is desperate for Francis. Meanwhile, everything her father does while she remains in Bamana is a pointer that Francis is Kofi, the ‘yin and yang.’ Kofi thinks Anna should “leave matters in the past, where they belong” because clearly she “cannot handle the weight of history.”  But Anna’s actions only solidify the fact that our root is significant in our journey, the knowledge of it fuels the sense of who we are. It contributes to our self-awareness. It is this self-awareness that Anna craves; to know herself beyond her skin colour and hair type.

At the tail end of the story, Chibundu Onuzo infuses magical realism to make a point.  We are drawn into a separate world that connects Anna with her ancestral roots and forces her to confront the bond she shares with her ancestors. The scene manages to feel mildly out of place in the plot structure, yet crucial to the subject matter. The story makes up for everything it lacks in characters’ depth in its lyrical prose. Aggrey’s diary reads like spoken word poems delivered in private. His sparse diary entries hold more intrigue than Anna’s life put together.  The novel scarcely makes for a challenging read, but it is intense in its treatment of exploring the important details of one’s past to gain better knowledge of the present.