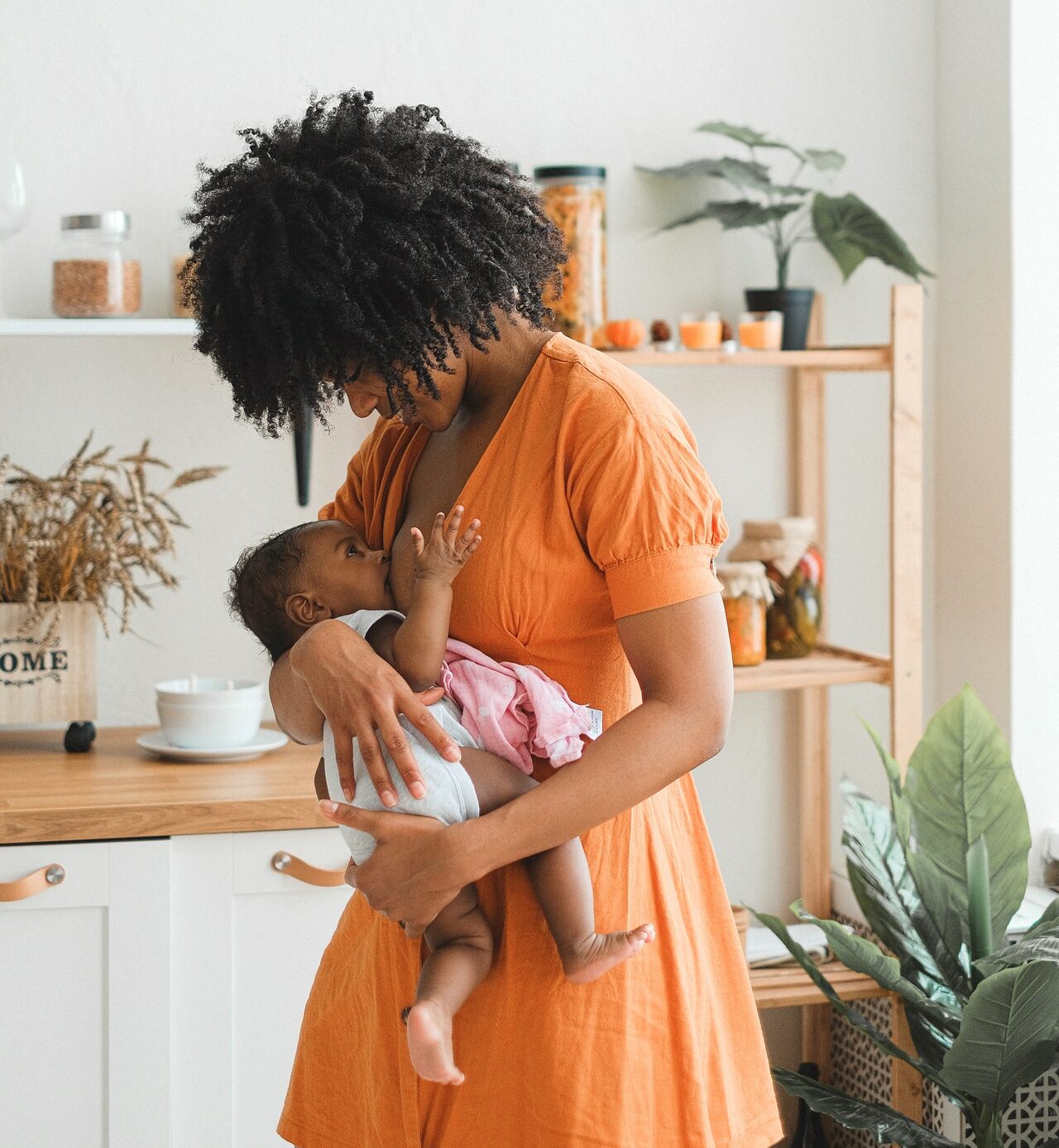 Sometime last week, I asked this question to moms on our Telegram group and was amazed at how all our stories were different and yet bound by a common thread: love. There was a first-time mom who didn’t want to take any chances and started researching and gathering all the information about breastfeeding months before she put to bed. She had concluded on six months of exclusive breastfeeding because not only was it extremely beneficial to the baby, but it would also help her with weight loss and going back to her pre-baby size.

Only for the labour day to come around, the gynaecologist checked her breasts and declared them dry at full term. “Zero milk” in her words. Her husband was asked to go buy newborn formula while they waited for the breast milk. She was so unhappy with the situation as she had earlier refused to purchase any milk bottles or formula because she was determined to breastfeed exclusively for 6 months. On top of that, she had to undergo an emergency caesarean section and had to endure both the pain of the surgery and watching her baby being fed with formula during the days they spent at the hospital.

Now, while all this was happening, the mother-in-law had already bought so many breast milk storage bottles and sterilisers and complained that during her own time, she had small breasts but excess supply, but their new wife now had big but “empty” breasts.

I didn’t know whether to laugh or cry at that.

The long-awaited milk eventually showed up though after a few weeks and she happily gave away all the newborn formula and feeding bottles and focused on just breastfeeding her baby. A happy ending!

This particular mom breastfed her baby exclusively for 6 months and had such a wonderful time while at it. She didn’t struggle with supply for a day and had to even express some milk to avoid having engorged breasts. There were so many stories like hers too.

Another mom was mentally prepared for breastfeeding as a first-time mom but didn’t see the bruised nipples as a result of the baby not latching properly coming. In her words, the pain was “out of this world.” She started dreading feeding time. Not even the nipple creams helped with the sores. She only started getting some relief when her baby started giving gaps before the next feeding. Then as if that wasn’t enough, her breasts got engorged and her mom had to squeeze out the excess milk by hand. According to her, that she didn’t faint that day can only be by the special grace of God.

There was a mom who wasn’t struggling with supply, bruised nipples, or engorged breasts but had “loop-sided breasts” as a result of one having more supply than the other. She wasn’t finding the difference in size funny at all.

Another mom never got more than 1 ounce of breastmilk throughout her postpartum period despite trying everything. All the comments and unsolicited opinions she got while feeding her baby with formula now made her passionate about child nutrition.

The one that moved me to tears was a working mum who struggled with milk supply from day one but was determined to breastfeed her baby exclusively. The baby was fed formula while she was still recuperating at the hospital but once they got home, she kept all the formula and feeding bottles aside and decided to focus on putting her baby to the breast. It turned out her sweet baby was a foodie who sucked round the clock and never got satisfied. She tried all the tricks and tips in the books to boost supply but the demand was always greater.

She recounted a particular episode where she was in the middle of a project at work and she started getting incessant calls from home because the expressed milk had finished and her baby was hungry. She had to abandon the rest of the work and start rushing home. She didn’t meet the target and her work suffered.

Despite all these, she was able to persevere and concluded exclusive breastfeeding at 6 months. Needless to say that by the time she had her second baby, she had resigned from her job and decided to stay home to nurse her baby.

In this year’s World Breastfeeding Week themed Step Up For Breastfeeding: Educate and Support, I hope the world realizes that there is so much more to breastfeeding than simply putting the baby to the breast. Mothers need more support and the world at large needs to be enlightened more on the issues surrounding exclusive breastfeeding and breastfeeding in general and the need to support instead of condemning women who are not able to do it or see it through.

If you’re a nursing mother reading this, I want you to know that you’re amazing and you’re doing the best you can.

Happy Breastfeeding Week to all mothers around the world!

Photo by Anna Shvets for Pexels