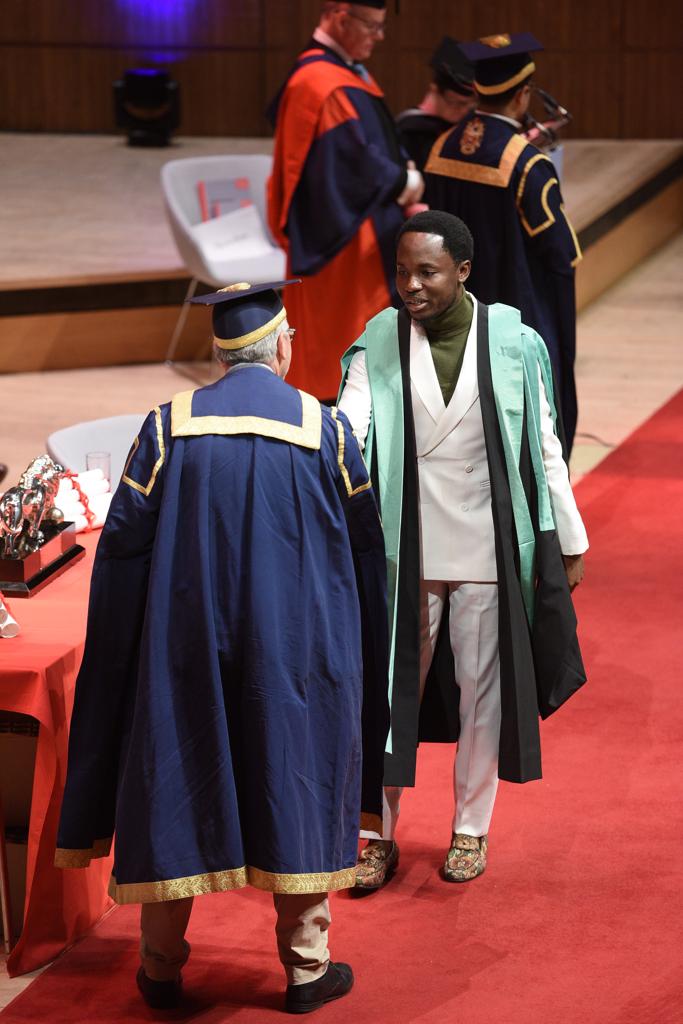 Social media was agog sometime in May 2017 when the term InaBayo became a trending topic. President Muhammadu Buhari had been out of the public eye for a while until a video of him at the Aso Rock Villa Mosque started making rounds. The president couldn’t help but notice the absence of a particular young man: his personal photographer, Bayo Omoboriowo. As the president looked around and asked the buzzing crowd, “Ina Bayo?” in Hausa, loosely translated to “where is Bayo?” social media erupted.

I first encountered the enigma, Bayo Omoboriowo, about 8 years ago. I had been working in a branch of a top commercial bank in Abuja for about one year. On one of those mornings, while I prepared to head out, seeking new business, I saw the popular personal photographer to the newly elected President Muhammadu Buhari. Approaching him and offering to assist with what had brought him to the bank kicked off what has become an unending journey of friendship.

Bayo and I had been Facebook friends but never met. I discovered his profile during the 2012 #OccupyNigeria protests like many others, who scoured the internet and social media for photos, videos, and news that documented the progress of the seething protests. Once I found his page, I became glued, swiping through past works and looking forward to new stuff from him. As Instagram became a preferred photo-sharing platform, I easily looked for his page and followed him. I am a lover of photography myself, having eked out a living as a student photographer, albeit with a film camera, so seeing a young man passionately live my ‘now rested’ dream was a thrill for me.

As we chatted in the bank’s waiting room that humid morning, I showed him one of his photos of PMB in a vehicle during the election campaign, which I had edited, written a poem on, and shared in his DM. He didn’t respond when I sent it to him, but he on the spot acknowledged that he had seen it previously and we would go on to laugh about it.

For 8 years that I’ve known Bayo, there are several attributes I’ve come to admire about him. His convivial nature; there’s no one Bayo cannot relate with. His passion; I’ve never met a more passionate photographer. His love for people; helping many young photographers get employed by public office holders, private citizens, and organisations without asking anything in return. His unmatched energy; not sure he’ll develop a paunch like me because he’s always on the move. His ingenuity; he currently holds the Guinness World Record for the largest photo book. Despite conceptualising and implementing new projects often, more creative ideas are waiting in the wings. Bayo is a man of dreams and creative ideas. 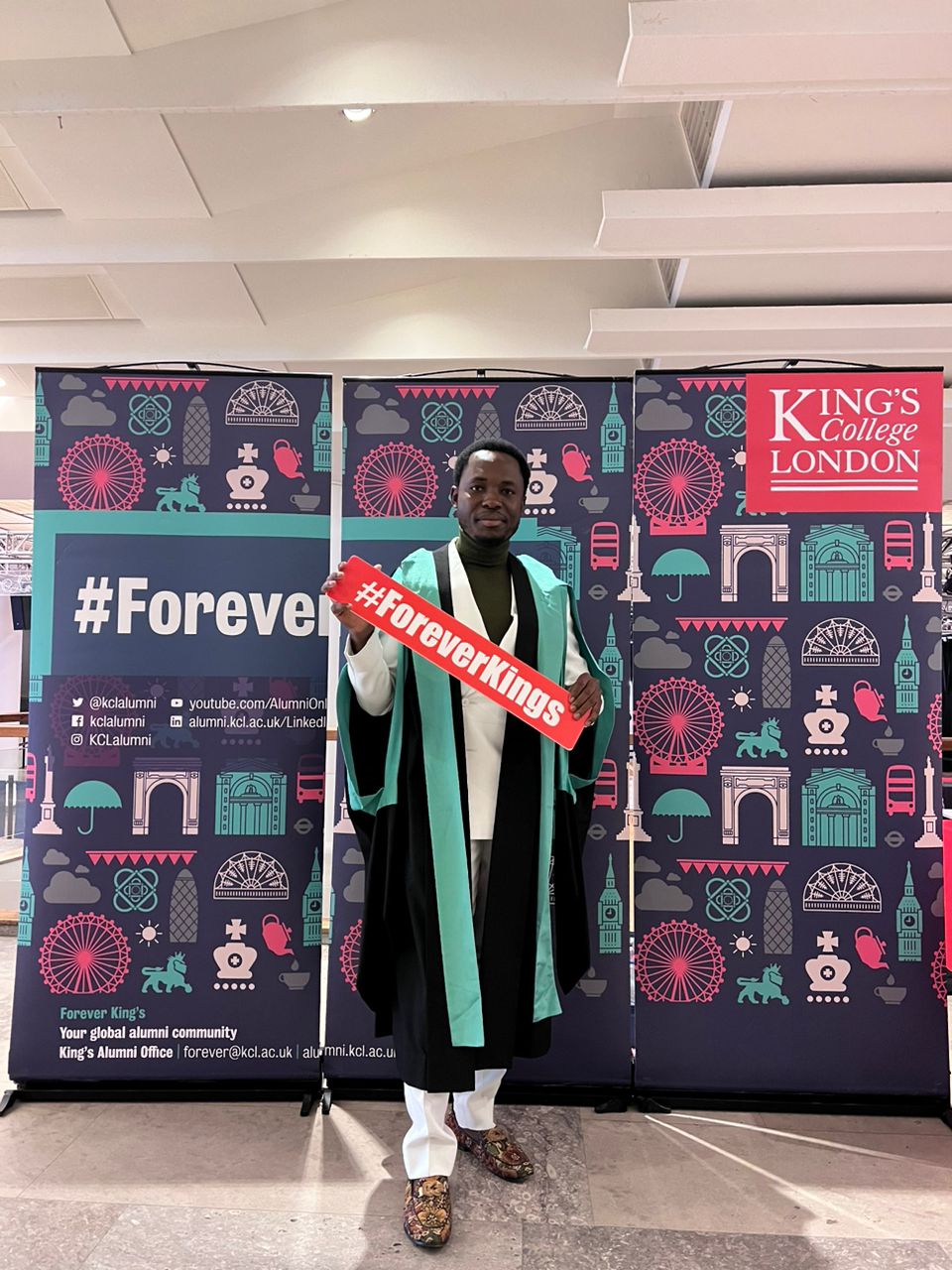 I recall vividly when the conversation about a Master’s degree started to creep in. Like many other ideas, he kindled it. Having previously earned a Bachelor’s in Industrial Chemistry, I saw first-hand how he passionately made a case to be admitted into King’s College, London for an M.A. in Arts and Cultural Management. After the initial excitement of being admitted had fizzled out, the next worry came: how would he make time to attend classes, despite a crazy schedule with the president, as well as balancing commitments to family, friends, projects, and a growing community of mentees? Trust Bayo to make a meal of the most difficult tasks, toy with new ideas (including a now-rested cooking show attempt), and just generally have fun along the way (clowning on his social media pages as we joined him through some parts of his school journey online). I could tell it was a daunting task every time we encountered but he never stopped, going all the way to complete the program in regular time.

On the 24th of January 2023, my friend and brother, Bayo Omoboriowo flipped the hat, holding in tandem the graduation scroll, from the prestigious Kings College, London, celebrating his conquest over fears and self-doubt. I’m more than confident of the great strides this new degree would spur.

Bayo, you inspire us all. Like you introduced yourself at the first LEAP Africa training you ever attended as ‘Bold Bayo’, may your audacity continue to birth many more unrivalled successes.

I cannot talk about how my path crossed with Bayo without mentioning my friend, Oluseyi Adebiyi. But this is not about Seyi. It is about one of the most meaningful friendships I have intentionally forged with someone within a short space of time.

After our meeting and introduction in 2019, Bayo had playfully alluded to his intent to pursue a postgraduate programme. There’s a way impossibility dispels when someone within your circle achieves a coveted goal. During my MBA programme at the University of Surrey, I openly shared the highs and lows of the journey on Instagram. I guess that inspired Bayo to take action. There will never be a perfect time to smash your goals, it is either now or never. With the expert guidance of Yejide Akiode of Eduspace, Bayo was on his way to commencing what turned out to be a great learning experience at King’s College, London. 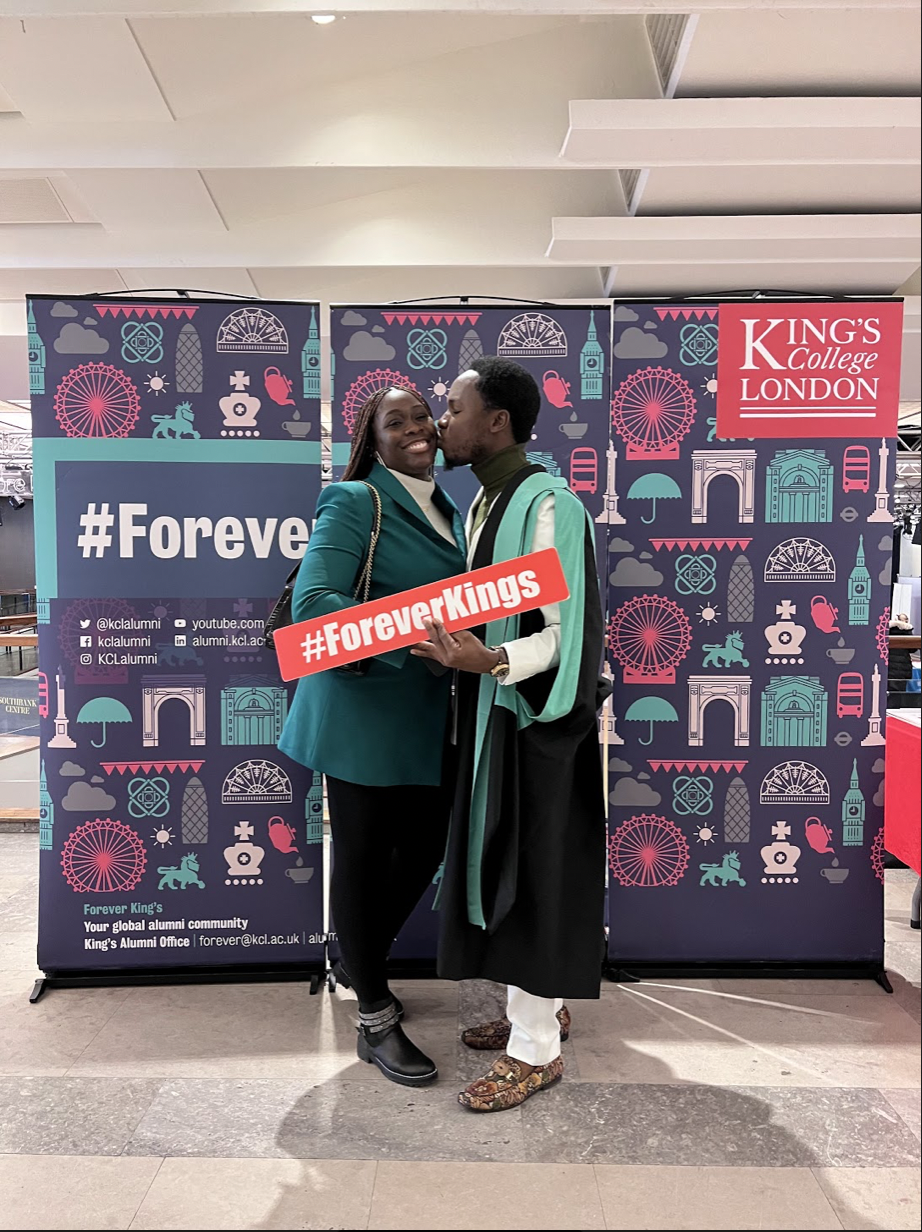 Bayo does nothing in half measures. He puts his all into everything. It’s either all or nothing. I saw him display that doggedness throughout the one-year programme at KCL. Combining this and an astounding career as the president’s personal photographer was no mean feat. All these while being a supportive husband to Lola Omoboriowo and his kids.

We often forget the toll ambition takes on our significant other when we pursue them. Their unwavering support spurs us. Bayo enjoyed the cheer of an entire village during his academic odyssey, one that was masterfully chaired by his wife who made sacrifices, showed up and divided her time between Nigeria and the UK.

His agile approach and humility came to bare as he did not deny himself the opportunity of immersing himself in the entire experience. Bayo attended his classes in person. He burnt the midnight oil to ensure he delivered on the many essays and presentations. “The real learning is outside the classroom,” he often enthused while he dragged me along on many interesting expenditures to see London in its full essence.

In less than three months, I could touch the transformation happening in his mind. Theoretical knowledge was morphing into tangible actions and visible impacts. Bayo was buzzing with disruptive ideas on how to change the world through art. Against the backdrop of the success of his award-winning book, Discover Nigeria, he was hosted to a one-of-kind photo exhibition by the university.

At the Intertwined: Fashion, Textile and Heritage in Nigeria exhibition, Bayo dazzled an international audience with fascinating photos and tales about a country he loves dearly. In no time, his compelling narration got numerous white people donning some Nigerian attires with pride and admiration. 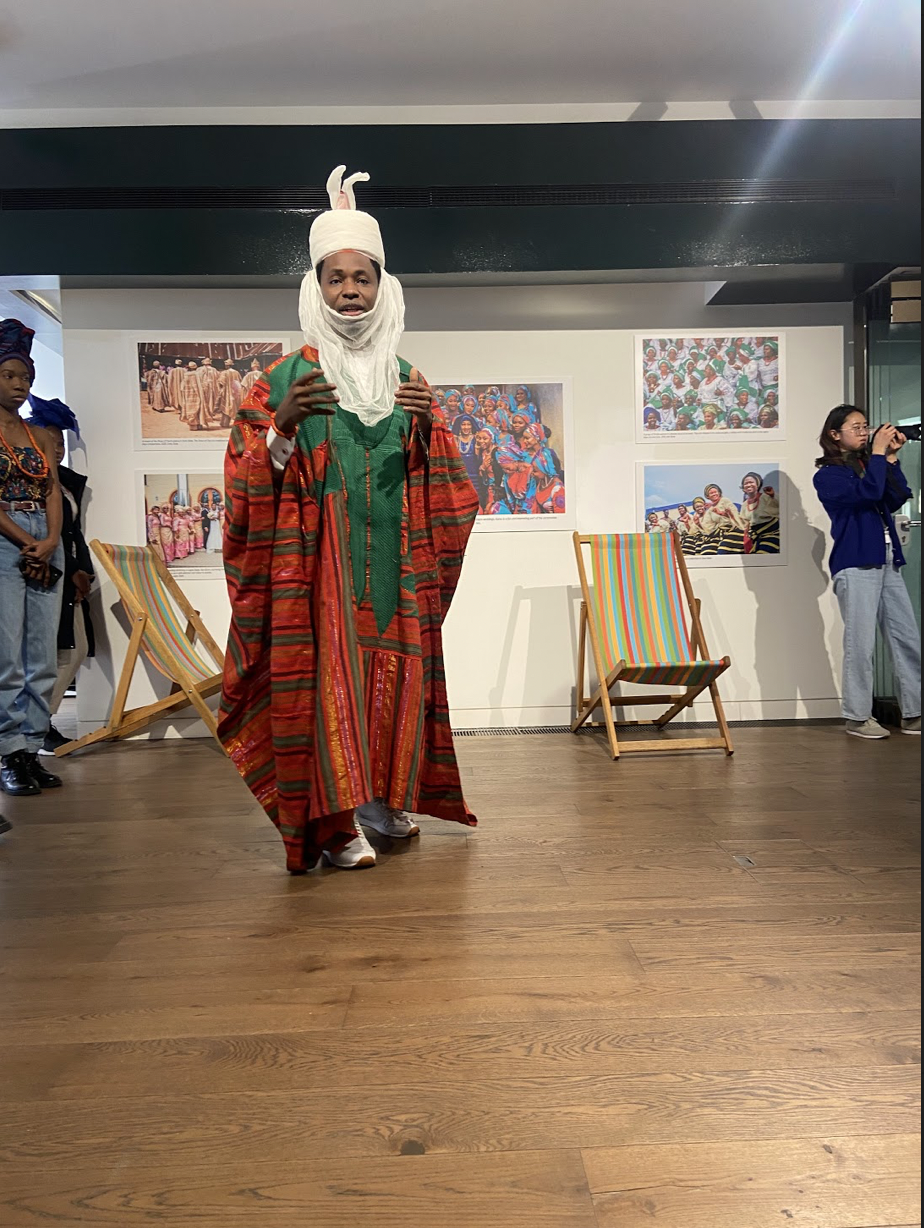 Who would have thought that Nigerian festivals can be a veritable tool for advancement beyond aesthetics? This was the focus of Bayo’s art-based research and dissertation. A testament to his artistic prowess and patriotism.

The message of hope and love for Nigeria is one Bayo Omoboriowo never tires to share. How do we change the narrative about Nigeria? How do we export our culture and talents? How can the world experience the beauty of a nation so blessed? Bayo’s life, especially during the programme at KCL, embodies answers to these questions.

We do not have to wait till an enormous platform presents itself before us to change the world. Our everyday living can cumulatively make a difference even when we are on a sojourn far from home, pursuing personal dreams and betterment. That is my biggest learning from Bayo as he bagged an MA in Arts and Cultural Management at the prestigious King’s College London.