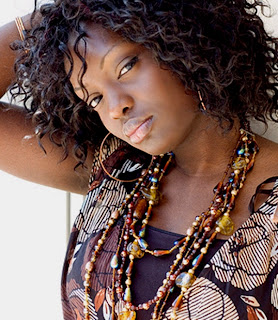 Hey Everyone,
What’s going on? Hope ur week has been fun…
I am sooo envious of all of you have a long xmas holiday.
I only get the 25th, 26th and 1st off…imagine that!
Anyways, lots of fun stuff is happening over the next couple of weeks and I’ll definitely fill u in on it.
Its time for Weekend Luv – Bella Naija Style…

The Events
LL Cool J and Akon will be performing in Nigeria TODAY
They’ll both be performing at the Star Mega Jam 2006 at the Polo Club in Lagos.
On the 16th, they’ll be at the Samuel Ogbemudia Stadium in Benin. P-Square, D’Banj, Weird MC, Ruggedman, Mode 9, Star Quest winners KC Presh and D’Accord, African China, Muma Gee, Tony Tetula, Daddy Showkey, Tony Oneweek and Obesere will be there too…
Should be HOT! Hope the security is tight tho.

UN CatWalk the World – Fashion For Food Show in Ghana on Monday
The UN Fashion For Food event goes to Ghana this weekend. It’s going to be an absolutely fab show. Deola Sagoe, Ozwald Boateng and other illustrious African designers will be showing collections to raise awareness and funds for this important cause. The campaign is being organized under United Nations World Food Programme and Health PR by CatWALK The World’s International Committee spearheaded by co-founders Obaro Ibru (Chairman) and Matthew Mensah (CEO).

The News
Sophie Okonedo and Chiwetel Ejiofor who are both of Nigerian origin were nominated for Golden Globes.
Chiwetel actually received 2 noms for Kinky Boots and Tsunami – The Aftermath while Sophie was nominated for Tsunami- The Aftermath.
I wish them good luck!

The Hits
D’Banj – Tonosibe
Hot Song from D’Banj’s new album
Could this be the 2007’s Tongolo?
U need to buy this album…its one for your I-Pod and CD player!
Here is the vid for his new smash hit – Why Me
**Dammie, see Denrele is in the video! lol***

Amplifyd Ft Akon – Streetz
Yes…Amplifyd has released their new album.
Yes….They’ve got a hot song with Mr. 2 songs on the Billboard Top 10, Akon
What can I say, luv them or hate them….Amplifyd is HOT.
Their album is currently sold-out! But you can order a copy HERE

Akon – Smack That Ft Eminem
Two of the hottest songs of the moment worldwide, one man.
Aliaune Thiam aka Akon, the Senegal-born former convict is killin’ it with this track!
Hot!

If you haven’t seen Toni Payne’s NI Episode…Check it out HERE
She did a fab job!

*BTW, I’m trying a new music uploader…I think it keeps the songs online for longer..
It allows u download and also listen online so its kinda fab…hope it works out
If u have any issues let me know.

That’s it!
Have a great weekend…
U can always hola at [email protected]
For all those of u travelling this weekend…Safe Journey!
Stay Fabulous~