Why do you keep DEFAMING us? District 9 and Sony, we're talking to YOU! 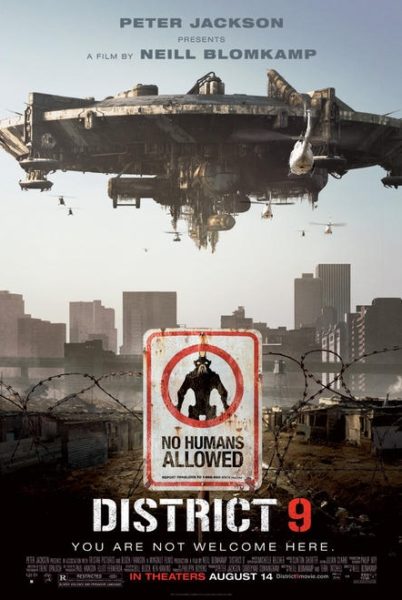 This weekend I decided to see the new movie, District 9.
I had heard that this was one of the first major Hollywood/South Africa collaborations and as ‘Lord of the Rings’ producer Peter Jackson was heavily involved in the movie, this made it seem even more appealing. Plus, trailers for the movie had been running for a few months now and my curiosity had been teased. So on Sunday night, I dragged my significant other for a trip to the cinema. Little did I know that I was in for than I expected.

District 9 is a ‘documentary style’ movie about aliens arriving in South Africa and the chaos that ensues after their arrival. The aliens are housed like refugees in a slum called ‘District 9’. As with any slum, they have a set of hoodlums, a set of mindless thugs that run the seedy underbelly and guess what they are ‘NIGERIANS’!!
As we sat in the movie theatre, a scene opened and we see a bunch of dirty and crass criminals negotiating all sorts of criminal behaviour with the aliens.
In the documentary style of the movie, one of the characters being interviewed goes on to explain that – allow me to paraphrase – ‘things got worse when the NIGERIANS moved in, they sell guns, they run all sorts of scams, run human-alien prostitution rings, do voodoo/mutu and they are headed by a crimelord they call OBASANJO…..’
Yes, they went there! They named the movie’s ruthless and psychotic crimelord after one of Nigeria’s former Presidents.
I seriously wish I had the visuals to show, it was disgusting!
The audience at the cinema gasped and you could hear some sidetalk all around the theatre – people were quite outraged!
Throughout the course of the movies, the ‘NIGERIANS’ are portrayed extremely negatively. Basically, as ruthless savages! Believe me, it was bad!
Granted, this is a movie but you and I know that for many around the world, pop culture is their ‘school’, Opinions are perceptions are formed around what they see in film and hear in music.
The movie is actually a solid effort but the defamation of Nigerians and Nigeria totally distracted from that. 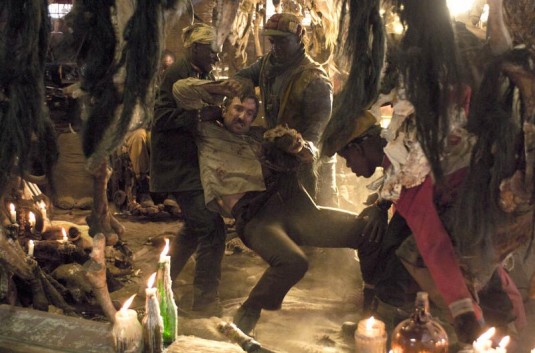 Some of District 9 'Nigerians' in action

I wonder why a fictitious country was not used, why Nigeria?
I am also very surprised that 3 days after the film’s release in Nigeria, there hasn’t been much of a reaction. I know for sure in China, Germany or other countries which frequently find themselves as the subject of movies or have their citizens frequently portrayed as the villains in movies – there would have been some sort of official position on this or the press would have made more of a fuss. I can’t believe I gave my 1500 naira to a filmmaker that has no respect and regard for me and my people.
We know it is just a movie but believe me, the potential negative impact of a blockbuster movie on Nigeria’s image seriously outweighs any positives that ‘Good People, Great Nation’ ads being flashed on CNN might have.

While we are on this, have you seen the Sony PS3 ad? So it’s so sad that ‘Nigerian millionaire’ is now synonymous with the email scams. Just like Mr. Ponzi will always be associated with ‘Ponzi schemes’ but Ponzi was a career fraudster. Why is all of Nigeria being shoved in the same box?

By the way, Boorish Male saw the movie as well and chose to channel any negativity from the movie into positive energy. See his post HERE

If you saw the movie, let us know your feedback. Even if you didn’t, so what are your thoughts on this?