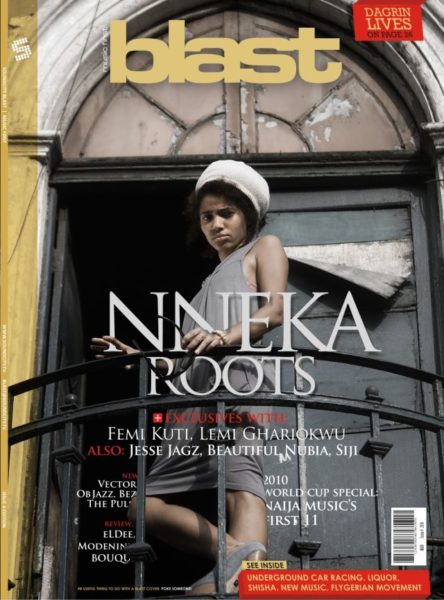 Nneka needs no introduction at all. It would seem that she’s breaking more new grounds on an international platform than any other Nigerian has, perhaps since Wole Soyinka.

To say that Nneka is putting Nigeria on the map internationally is a gross understatement. We’ve watched her get interviewed by David Letterman, Her song, Kangpe featured on the EA Sports FIFA 2010 video game and more recently, she was profiled on CNN’s African Voices and appeared on the June cover of SoundCity Blast.

Initially when word went out that Nas intended to do a remix of her hit-track Heartbeat, certain people were skeptical. And now, with the song released, social critics the world over are raising their thumbs up to the product of the collaboration.

FRIDAY TRACK: Which Seat do you bat for – Front or Back?

Do You Have ‘The Gift of the Gab’? Apply for The Debaters Season II