Chimamanda Adichie has a wonderful speech she gave on TED about the danger of a single story, it has been referenced several times because it makes such a wonderful point about how Africa is viewed by the world at large. I was thinking about that talk this morning as I thought about life…actually.

The other day I shared an interesting article with a dear friend and she got stuck on a phrase about that had touched a raw nerve with her. She stopped reading after that and totally missed the message. I kept saying did you read this part or did you see that but she had already checked out. I started thinking about how we sometimes get stuck.

When I think about my life, I often think about it as a grand epic…and that’s not just because I am a bit of a drama queen, I think everyone’s life is supposed to be a grand epic, whether you are destined to be an Oscar winning actress or a school janitor. Our stories are comprised of experiences that are both positive and negative, characters that are both heroes and villains, situations that are both pleasant and bitterly uncomfortable, and yes even more… 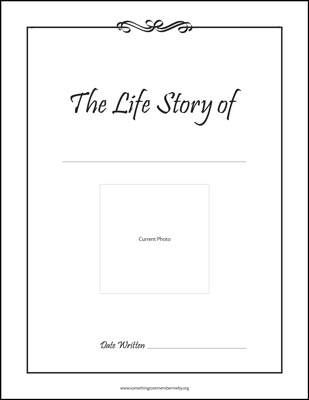 Definitely we all have disappointing and painful experiences, I myself have found myself in frustrating situations; there were those that could have described my whole student life as being broke or in the red. I recall my 84 camry that I drove with pride though there were times that it could barely drive and in the summer I had the option of using the a/c or accelerating. I once had to leave it locked with the engine running because if I turned it off, it wouldn’t start again, this was my story…but those years were also filled with amazing times with friends, drinking cheap wine out of paper cups, times when lunch was eating all the samples at the food court at the mall and my camry was not just a car, it was the Batmobile and could save up to 8 people from trudging in the bitter Boston winters. Even my car had more than one story.

And now that chapter has ended with the turn of a page and those days are a fading memory. If we define ourselves by one aspect of our lives, we miss all the peripheral stories and risk becoming one dimensional characters, never fully evolving, never fully understanding the fullness of our own existences.

Sometimes we get stuck defining ourselves by our failures. One of the men I respect the most now is a man who if he told you the atrocities of his youth, you would sit aghast, yet his life is an inspiration now to all he meets. He owns the fact that his past is part of the tale of his life but he doesn’t get mired in the shame of his mistakes and failures. He owned them and became better and turned the page. There are those of us who allow the shame of our past to distract us from the matter at hand, which is simply turning the page and being better, our mistakes, failures and deficiencies shouldn’t define us. Like a woman who spends her life lamenting the fact that she is yet to get married or that she married the wrong man, she will miss out of the fact that she is alive and breathing and that every moment provides a new opportunity to create a new story, as a matter of fact the story is already unfolding all around us, like a stage being set, all we have to do is plug in and be present… read our lines “again! With feeling!”

And if we get lost in our successes, we will become has beens before we know what hits us…I read an interview with Adaobi Nwaubani who I will forever be grateful for reminding me how hilarious our speech patterns are…and she was asked if she felt pressure to write another book and she said “my whole life is not about my writing”. What more is there to say?

Your life is meant to be an epic, don’t turn it into a novella.