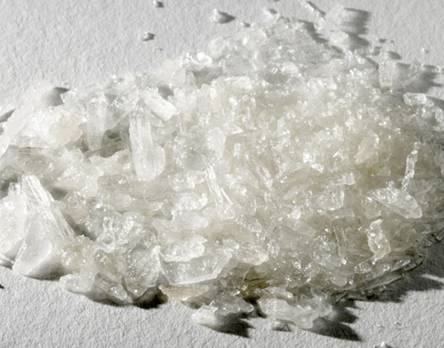 It was a cool Friday night in the city and instead of going out on the town and having a good time, I was sitting across from the man I loved, Caleb, but I didn’t recognize him. His eyes were red and droopy and his cheeks were sunken. Clearly something very wrong was happening to him but I didn’t want to care anymore, it hurt too much.

I had been on this rollercoaster ride before and I wanted out, now! I  wouldn’t have let him into my place but he said he wanted to get the last of his personal effects and I needed to exorcise him tout de suite.

Sitting across from him now, I wondered what I ever saw in him- was it the way his lashes curled when he blinked, or the way his smile lit up his face? No, I do not like this man, I do not like his widow’s peak, or the slight limp he has when he walks. I especially do not like his arms when he carries me to bed after I fall asleep on the couch or the way he raises his bushy eyebrows when he gets mad. Most of all, I do not like that he knows how to get me to sit here and listen to what he was saying when I was done with him, with us. So it was a huge shock to my system when with tears streaming down his face he uttered the words….

I had only been half listening to him but all my red flags went up.

Yes it was. It was a very lethal drug, a cheaper alternative to cocaine as such more deadly and more readily available.

This whole time I thought his Jekyll and Hyde routine was part of some psychotic games guys played. I mean, just two months ago I had to stand in line for 8 hours at the county jail to bail him out because he had been arrested for unpaid speeding tickets. The time before that, he disappeared for 3 days on his ‘way’ to my house. It was the longest 3 nights of my life. I couldn’t eat or sleep and I called everyone I knew but no one had seen him. I feared the worst when finally on the third day he called me saying he went to a concert and was now sleeping off the after effects at the home of a girl he used to know in school. I went through fits of rage and took out my frustration on whatever belonged to him at my place (what can I say, not my proudest moment). A week after his disappearance, he nonchalantly told me he thinks we should be friends (imagine, after 2 years together he wants to be friends?!) because he needed to relive his school days. I was so shocked I couldn’t speak. And now this, it was the last straw in a long list of things. He was breaking me and I was letting him, no more! He had become an alien to me and I was determined to send him back to the mother ship even though it hurt like hell.

How? When? Why didn’t I see it? Why didn’t I know? Questions I asked myself. But how could I have known? I had no experience with drugs or addictions, I couldn’t read the signs. The drawn sunken look, the forgetfulness, the red eyes, the insomnia, oversleeping (sometimes he’d sleep for over 12 hours and I would fear he was dead), the under-eating, the aggression, the delusions, oh my God the DELUSIONS! NO, I did not want to be here!

But here I was, sitting in a room with this man again and getting sucked into a battle with his personal demons which I did not have the strength for. I had two choices, stick to the plan and get him out of my life (the choice my head made) or stand by him and help him beat this demon (the choice my heart made).

The next morning at7 am, I showed up to the Abused Substances Rehab Center not really knowing what to expect. True to his promise, Caleb was already in the lounge waiting for me. When we approached the receptionist, she asked him what his addiction was, then, had him fill out some forms after which he was to go into the first room down the hall to his left. While he was carrying out her directives, she turned her attention to me and asked what I was addicted to. I was completely shocked at her assumption, wondering if any part of my appearance could be misconstrued as that of an addict and only managed to stammer my way through a response

“I-I-I’m only here for s-s-support” I replied heat rising to my neck.

At this she went back to doing her mundane task of nonchalantly sorting through files.

Caleb looked at me with a crooked smirk and I had to restrain myself from wanting to wipe it off his face with a slap. Because of his bad habits, I was being mistaken for an addict and I didn’t think it was something to smirk about.

“What’s funny?!” I just about growled into the early morning silence

“You” he said. “You said you don’t have an addiction but you do”

“Oh yea, what’s my addiction?!” I spat, my nostrils flaring

I felt like someone had just dropped a ton of bricks on my head as his words rang in my ear. Without missing a beat, he handed the forms back to the receptionist and walked down the hall to a room marked “Step 1” leaving me behind as the pieces of my crumbling self esteem slowly hit the floor.

What do you need to go to rehab for?

BN Exclusive: Big Brother Africa DOUBLES Up! This Time, It’s All About Pairs & A Mega $300,000 Prize