BN Exclusive: Big Brother Africa DOUBLES Up! This Time, It's All About Pairs & A Mega $300,000 Prize 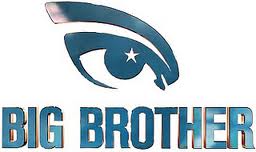 Just when DStv audiences thought that they had seen all the incredible twists and turns that mega-hit reality-TV franchise Big Brother Africa could possibly include, M-Net’s sensational series has pulled off another huge surprise.

And you know it’s a massive announcement when even the fact that this season’s brand new cash prize of a cool USD 300 000 isn’t the headline-grabbing news!

Grabbing that honor is the revelation from series producers that this season, entrants must DOUBLE-UP to compete. This means that anyone who wants to enter season 7 must partner with another person to enter as a pair!

So whether you enter with your best friend, boyfriend, girlfriend, mom, dad, brother, sister, boss, husband, wife, neighbor, hairdresser, whomever…you must just make sure that you enter as a pair. So who will take the journey of a lifetime with you? Remember you may have to spend a long time with them in the house so choose carefully!

PLUS, in another bold change, Big Brother Africa welcomes two new countries Liberia and Sierra Leone to the Big Brother house for the first time ever, while this time round, Ethiopia bows out of the game and Mozambique will take on a new role that will be announced at a later stage.

That means that this year, if you want to enter Big Brother Africa you can do so if you and your partner are citizens from one of the following participating countries: Angola, Botswana, Ghana, Kenya, Liberia, Malawi, Namibia, Nigeria, Sierra Leone, South Africa, Tanzania, Uganda, Zambia and Zimbabwe.

Both partners must come from the same country, must be 21 years or older, must be fluent in English and must have a valid passport.

And remember that, as with previous seasons, entrants must be fun-loving, vocal, creative, original and articulate. In addition all entrants must the social flexibility to live in close proximity with others and must be tolerant of views and lifestyle choices other than their own.

Commenting on the surprise turn of events, M-Net Africa Managing Director Biola Alabi says, “We are thrilled to be offering a huge, new, USD 300 000 prize and to include two new countries who were chosen to participate based on their ongoing interest in the series and their growing DStv audiences. And while Ethiopia won’t have a housemate this year, we’ll look to include them and other non-housemate countries in other ways if the opportunity arises, as we do every season. We are and have always been proudly committed to making this a truly African show. And as for Mozambique, they will be included with a housemate – but that’s all we are saying at the moment!”

She goes on to say, “Of course, the really big news this season is that entrants must enter as pairs. In the past we’ve seen a natural and continuous cross-over between individuals and their families, their friends. So this year, we decided to include that as part of the game. It will definitely make a dramatic addition to the series so we urge people to enter and experience what will be a uniquely different Big Brother Africa!”

So with just days to go until the official start of Big Brother Africa 7, start thinking about who you want to share this amazing adventure with. Then make sure you enter AS SOON AS POSSIBLE!

Produced for M-Net by Endemol South Africa, the new season of Big Brother Africa will be headline sponsored by Coca-Cola for the second consecutive year and will be screened to 47 countries across the continent, live 24/7 for 91 days on DStv channel 198. The series starts Sunday May 6 2012.