The Politics of the Nigerian Media 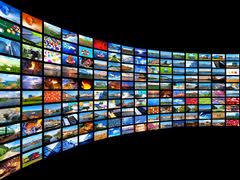 It is amazing how powerful our electronic, print and social media can collectively be. Co-ordination is the key to coercion, and we witnessed this in full effect during the fuel subsidy stand-off at the beginning of 2012. Hours of protests turned to days, and days turned the government’s reassured position into a compromised one. The most-desired outcome of N65 per Litre may not have been attained, but with the help of the likes of Channels Television, blogs and local newspapers, the country as a whole moved one step closer to political utopia. Never before has the entire country been as hugely informed and involved as it was during those gloomy days that ushered in 2012.

The reason for this healthy political involvement is simple: the prevailing opinion across the country is that every Nigerian would be affected by the government’s policy pertaining to the removal of fuel subsidy. While this may be true, it is pertinent to note that EVERY government policy has the potential to affect each and every one of us. In the weeks leading up to the protests, fuel subsidy had become the focus of an animated national debate. The true question is: Why isn’t this spotlight beamed every time the government issues out a policy statement?

We need not look further than to big brother Western World to find the answers to this quagmire. American and British politics center on policy issues because of the role the media plays in shaping the rhetoric. The reason why the British argue about the Economy and the Americans debate over healthcare is because the western media prides itself in putting the politicians under the spotlight, forcing them to constantly take a position on the issues important to the everyday man.

In truth, politicians from Nebraska to Nassarawa, London to Lagos are actually all the same. For starters, there is a certain level of megalomania that drives anyone to think they are good enough to lead a hoard of people, or to believe they are ‘best suited for the job’. It is a character-trait thing, imbibed in the very innermost membrane and DNA of politicians across the globe, irrespective of race, creed, ethnicity or religion. However, the distinguishing features between a Kogi and a Kentucky Senator center around the rules of engagement and the umpires who moderate the polity. Unfortunately for us here in Nigeria, the western media has done a better job in consistently getting its politicians to focus on real-life issues than its counterparts in Nigeria.

A case-in-point is the British Petroleum (BP) oil spillage debacle in 2010, where the western media, in what appeared to be a carefully orchestrated and collaborative strategy, spectacularly catapulted the sins of BP to the forefront of the everyday debate, all in a matter of days. They spared nobody: heads rolled, dividends froze, and even President Obama could not escape completely unscathed. It’s a form of a pseudo-vicarious liability, cause-and-effect blame game that the western media tactfully moderates by roping all necessary, desiring and sometimes undeserving parties as unwilling objects [and consequentially subjects] of their reportership. The end result: every politician is on their tippy toes, on high alert, armored with sharp (albeit rehearsed) responses to all the major issues, for fear of being left behind or ridiculed by the media as a result of their naiveté. IT WORKS BAJE!

As the saying goes, there is no such thing as public opinion, only published opinion. If our media wants the discourse of the day to be about education, taxes, the economy and/or healthcare- issues that affect us on a daily basis by the way- then reporters, writers and columnists collectively need to step up to the plate and become bold enough to force politicians to supply answers to these demanding issues. After all, there’s always a camera and microphone within 5 yards of a politicking politician, whether in Asaba or Abuja. Shelve the zoning questions (and irritating words like stakeholders and godfathers), introduce relevant questions, and watch how ‘we the people’ and ‘they the politicians’ mature in the nature of our national debates.

The solution to this political dichotomy can be simplified thus: XYZ (media) feeds ABC (the people) with bukka-worthy gist relating to the economy and healthcare. XYZ (media) quizzes and grills Governor DEF (politician) on these issues. Governor DEF’s response is sensationalized by XYZ, and it becomes succulent fodder for ABC to nourish itself with back at the bukka table. And there you have it; a continuous spiral cycle of opinion-shaping that has the media at the forefront of the rhetoric, in the mould of a proverbial arbitrator and mediator.

We are still a long way from Jericho, but it does seem like the Nigerian media finally gets it.

A Day Out for Lagos & Abuja Divas! Photos from “Divas Day Out” Fashion & Hair Collection Show in Lagos & Abuja

Biola Olayinka Pedro is a Transactions Lawyer and Construction Entrepreneur. He can be reached via his twitter handle @biolapedro