BN Hot Topic: Daddy! Take It Or Leave It, He's The One I'm Going To Marry 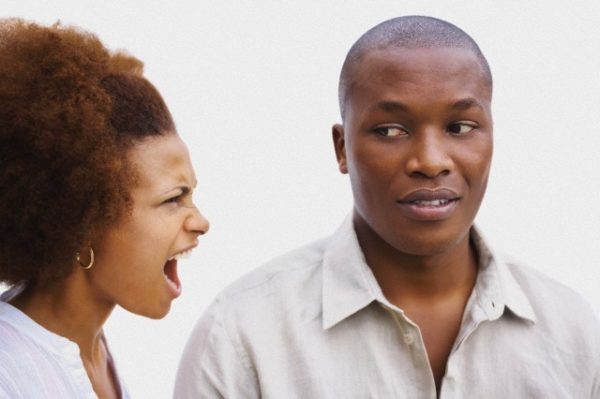 Under Nigerian customary law, a marriage is deemed valid when a bride price has been paid or gifts in lieu of cash are exchanged. However, this is only after parental consent has been obtained. It is said that a valid Nigerian marriage is a fusion/morphing of not just two people who want so spend their lives together, but instead two families brought together by the intent of two people. So essentially to a large extent parental consent is very important. However, we find sometimes that some parents just say “NO” and when you ask them what they have against the union they cannot answer you with conviction.

I understand where parents withhold consent based on religious or cultural differences (not that I agree with them) but I understand where they are probably coming from. They probably are basing their decisions on factors that are real to them or experiences they have lived through.  However, what I don’t understand is where the parent says stuff like “I just don’t like him. He has shifty eyes and you can’t marry him”

My friend Rakiya shared an experience with me recently on how her father said she couldn’t marry her boyfriend Victor in 2007 because he was too light skinned and people with overly light skin tend to be promiscuous. It was ludicrous. She assumed it was a joke until her mother told her in confidence that Daddy was serious about it and he even said he did not want to see Victor in their house.  Rakiya had dated Victor through her university days and he had been the complete gentleman and he made her happy. Victor was the man she wanted to spend the rest of her life with, he was the one who made her eyes brighten up with laughter.She was more hurt than angry at her father because he was being completely unreasonable.  He didn’t have the ‘usual’ complaints of  “he’s not a moslem”, “he’s Igbo”/”no he’s not Igbo he’s from Sabongida Ora in Edo state”/ “he’s still Igbo! Anywhere after Ore is ‘Igbo'”.
But Rakiya’s dad’s problem with Victor went beyond the basic ‘home-video’ issues… He simply did not like him and for a generally soft spoken man, he was adamant on this Victor issue.

It made me wonder about the issue of the importance of parental consent with regards relationships and marriages. What exactly is the test of reasonableness for the withholding of consent. If you feel your parents are being unreasonable will you go ahead and marry the man of your dreams or do as your parents say and break off the relationship?

BN Hot Topic: The Thin Line Between Love and Excesses

Child Abuse: The Evil That Lives Within