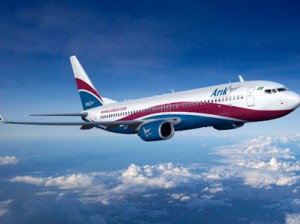 It is really sad that the desperation to leave the country in search of what many would call greener pastures has led them to their death. Today, we have been shocked with the news of the dead body of a young Nigerian man found in the wheel well, the undercarriage compartment of an Arik Air aircraft, after it returned from a flight to New York, United States.

One of the airline’s officials told This Day that the deceased might have hidden himself in the wheel well for days and was crushed to death while the flight was airborne to the JF Kennedy Airport, New York, from the Murtala Muhammed International Airport, Lagos. He added that the dead body was found during a check on the aircraft panel as it was being prepared for another flight and that the undercarriage compartment of the Airbus A340-500 is big enough to accommodate a person, besides the space for the tyres.

It seems ridiculous for someone to think he or she can hide in the wheel well of an aircraft while the plane is flying, doesn’t it? The source further said that it is out of ignorance that people hide in the wheel well and plan to stowaway because “the compartment is not pressurised like the cabin of an aircraft and it is not heated, so survival is rare even if the person is not crushed by the wheels.”

Pilots and aeronautical engineers familiar with the wheel well compartment said it is roomy enough to contain a human being, but it is highly unlikely that any one who hid there would come out alive after a flight that took several hours due to lack of oxygen.

The official attributed the incident to porous security at the airport, noting that “if having access to the airside is stringently prohibited, anybody that is not an official of airlines, handling companies and Federal Airports Authority of Nigeria would not gain access to the tarmac.”

Further investigations by ThisDay revealed that stowaways connive with ground handling companies to access the airside and the wheel well.

In March 2010, a Nigerian, Okechukwu Okeke was found dead in the nose wheel compartment of the United States carrier, Delta Airline, Boeing B777 aircraft parked on the tarmac of the Lagos airport.

We have heard of people travelling through the desert, trying to enter foreign countries by road and other means. But this sounds to risky to even be considered. We don’t know what might have pushed him to do this or how he even got there, but we pray that his soul shall Rest in Peace.

BN Saturday Celebrity Interview: A Peek into the World of “Beri Beri” Crooner, Dencia – Her Life, Her Music, Her Style & Lots More!