From TV to the Big Screen! Nigerian Soap Opera Sweetheart Carol King stars in "The Gods Are Still Not To Blame" alongside Ireti Doyle, Nobert Young, Gabriel Afolayan & More | Speaks on Her Family, Career & Movie Role 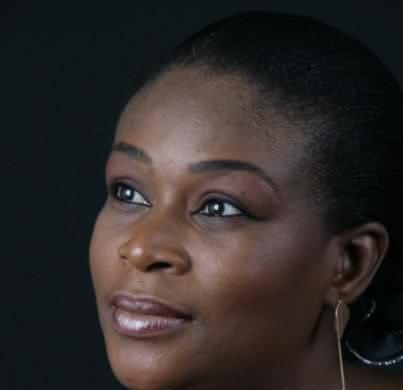 She is often referred to as the Queen of Nigerian Soap Operas for her excellent interpretation of roles in more than a few TV productions. In most cases, she plays the role of a good and strict mother and her remarkable depiction of such characters has made her a favourite and a household name.
The veteran actress, Carol King, has been acting for more then 13 years, but started off with radio dramas and voice overs as a teenager.
She is popularly known for her role as Jumoke – wife to Bode Johnson (played by Ignis Ikwe) in the flagship TV drama, ‘Everyday People’. She has also featured in several soap operas including ‘I Need To Know’, ‘Everyday People’, ‘Edge of Paradise’, ‘Tinsel’ and ‘Blaze of Glory’. She is not only a talented screen actress but a stage actress and has featured in ‘V Monologues’, ‘Ajayi Crowther’, ‘Five Maidens of Fadaka’, ‘Prison Chronicles’ among others.
Recently, the TV star featured in a soon to be released movie “The Gods Are Still Not To Blame”. The movie has been creating some major buzz and while it being anticipated by many because of the interesting cast and unique story, I was curious about her role in it and why she decided to be a part of the project.
I recently caught up with her and she graciously spoke about her career, family and making a debut on the big screen.

Most people know you as the “good mother” in several TV dramas, but now you are making a debut on the big screen. Is this your first movie role?
No, this isn’t my first. I actually did a Yoruba movie called ‘Pasito Dehinde‘ years ago and another one about five years ago which I can’t remember the title now.

That’s a long time ago. But I’m sure you’ve had more movie roles offered to you since then. Why have you been absent from the movie scene?
Not to blow my horn, if you look at the history of my work, they are believable. The story has to appeal to me. I have to see that people are informed and educated and transformed by whatever project I get involved in. I’ve been getting several offers but I didn’t feel strongly about it but when this one came along, I knew this was it.

Tell me about your role in “The Gods Are Still Not To Blame”.
I play Queen Niniola. She is the one whom the story is built around. She is married to a King and when she was pregnant with her first child, there was a prophecy that the child she was carrying was a boy who would grow up to kill his father and marry his mother. The King along with other people thought of killing the child, but the person they gave the child to to kill didn’t kill him. So the child grew up in another place and ended up coming back to that kingdom to kill his father and marry his mother. The prophecy actually came to pass.

Is this a traditional epic movie?
It’s based on book that was written by Ola Rotimi and he had written an African view point of the story from the Greek mythology. But the director, Funke Fayoyin made it more contemporary, so no, it’s not very traditional. I like the fact that it’s a common story, everyone can relate to it but I love the approach she took to it.

You said you were drawn to scripts with a strong message. What is the message in this movie that drew you in?
The journey of our lives is something that has been ordained. We are going to go through it, no matter what. It is the gravity of it that might be the question here but we definitely will tread those paths. Also, what is good is good and what is bad is bad. A young boy went against the natural laws and married a woman his mother’s age which of course wouldn’t go well. It’s a lesson for everybody; let’s look beyond the physical. There is always a spiritual undertone to everything we do and we should be cautious.

I couldn’t help but notice the subtle ways the love scenes were depicted in a clip of the movie I just watched. What is your take on the more daring approach Nigerian movies are now taking to love scenes and nudity?
Romantic scenes should be presented in a way that appeals to people, that doesn’t put them off, so that people don’t feel they bought a pornography movie by mistake. As much as we want to advance in the industry, I believe strongly that there are limits. Also, not to sound hypocritical, there are some things we shouldn’t just do out there. We need more directors who are creative, who want to tell a story that a man and woman are intimate but do not abuse the viewers’ sensibilities while doing so.

Tell me more about your family. How many children do you have and what are their ages?
I have three. My first son is 29, the second boy is 20 and my last girl would be 12 this month.

Wow! You sure did give some space between your children. Was this deliberate?
The space between my last two children wasn’t intentional. I actually wanted to have another one right before my second son but the Lord knows better. He gave her to me at the right time.

I’m always drawn to your remarkable depiction of the motherly roles you play in soap operas. How did you come about being a favourite for the “good” and “strict” mother roles?
First of all, I would say it wasn’t something I set out to do. I think it’s more of the short sightedness of directors and producers in the industry. When a director gives you a role and you kill that role, they can’t see you in anything else. When a writer is writing any role that has a good mother, its Carol King they are thinking of. So I decided I wanted more challenging roles that is why I stayed off for so long and when this one came up, I took it. It wasn’t an intentional thing.

How do these roles connect with the kind of mother you are in real life?
Talking about whether it translates into my personal life, I’d say you can’t give what you don’t have. It’s the basic thing but that is not to say I’m the best mother; that is for God, my children and my husband to say.

Are you going to be featuring in more movies from now on?
I would love to do more of films but I would continue to be picky. The story has to appeal to me.

About the Movie
The Gods Are Still Not to Blame is a modern cinematic adaptation of a classical Greek play ‘Oedipus Rex’ and the famous Ola Rotimi play,’The God’s Are Not To Blame’.

It tells the story of a queen mother (Carol King) who tries to save her new born from being killed as suggested by the diviner. The baby was discovered to have a bad destiny-to kill his father and marry his mother. Things however go awry when 28 years after, fate brings the child in contact with his destiny.

Check out some behind the scene photos from the movie set. 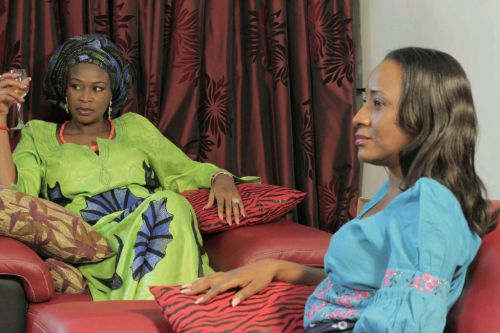 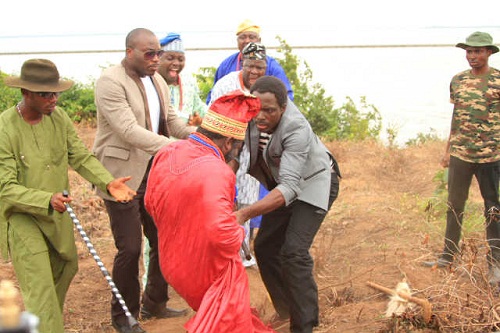 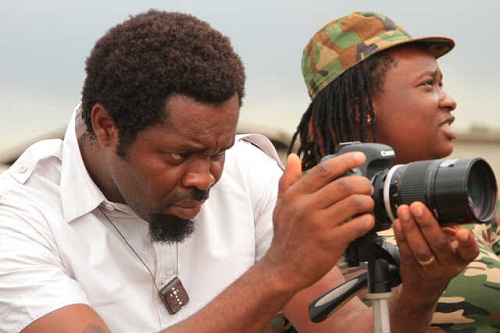 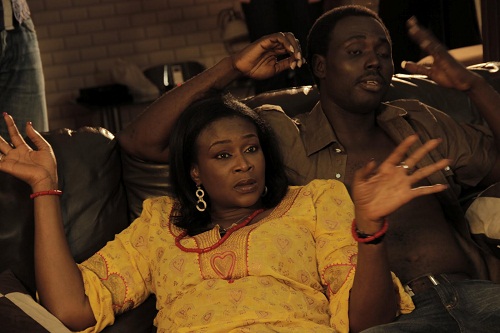 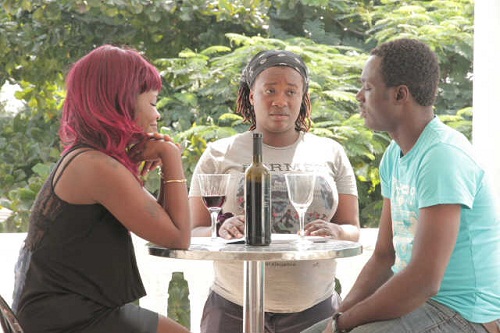 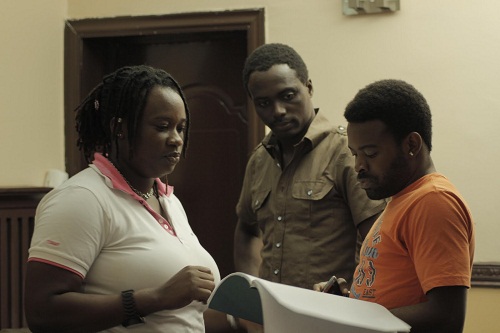 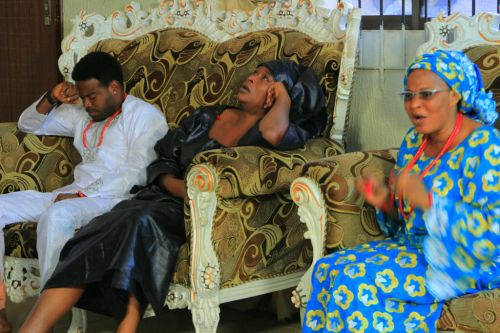 “The Gods Are Still Not To Blame” would premiere at Silverbird Galleria on Friday 19th April 2013. This is definitely a movie to watch out for!

“The Average Nigerian Man is Polygamous in Nature” | Watch the Battabox Video – “Are Nigerians Faithful?”