The Nominations Are In! Pokello, Natasha, Biguesas, Annabel & Neyll are on the BBA: The Chase Chopping Block This Week 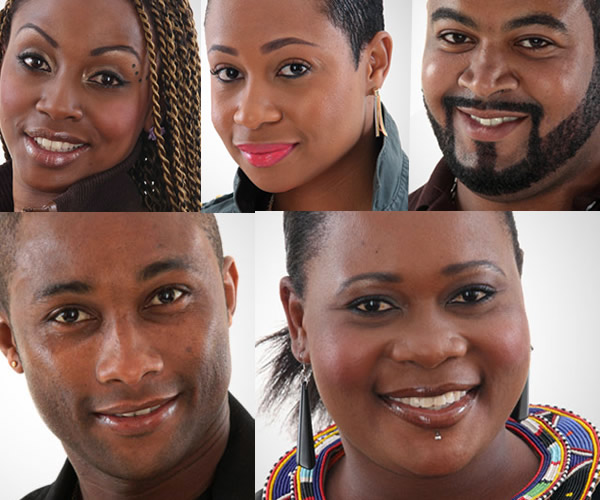 After the eviction of two housemates, the hot couple of Uganda’s LK4 and South Africa’s Koketso last night, the stakes are high all over again as it’s now time for nominations to come in. Here’s how the housemates made their picks.

In the Ruby House

And in the Diamond House

This week, once again, Angola’s Biguesas was put up for eviction. Joining him from the Diamond house is Kenya’s Annabel who was swapped by the Head of House, Nigeria’s Melvin in the place of Sierra Leone’s Bolt. This is the second week that Bolt has been saved from eviction.

And, in the Ruby House, Zimbabwe’s Pokello and ‘Mama Africa’ Malawian Natasha join the possible evictees. Botswana’s housemate, O’Neal who was up on the chopping block was saved by the Ruby Head of House, Ghanaian Selly who put up the ‘under the radar’ Angolan housemate, Neyll in his place.

So what do you think of Big Brother Africa: The Chase so far? Who are your favourite housemates? Who do you predict will be leaving the BBA house come Sunday?

Another Nollywood Actress Takes on the Music Scene! Listen to Jennifer Eliogu – Ifunanya

Join Dr. Sid & Mr. Moe Musa on the Set of “Talented” | Check out Exclusive Footage from the Video Shoot