Atoke's Monday Morning Banter: What Do Birds Have To Do with Bees? 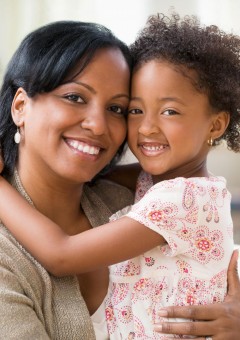 I woke up this morning with a cocktail of emotions – excitement, apprehension, fear, anticipation and joy. I’m going away for a bit and it’s a move I’ve been contemplating for a while and suddenly it’s here. I feel a little out of sorts – which, according to my friends, is perfectly normal. So, I spent the weekend basically clearing out the house, making last minute visits and gazing at my room like a lost child. I tried to think of deeply profound things they tell you when you’re leaving home – “Remember the child of whom you are”, “always remember to tell the truth – no matter the cost”, “be good”, “a good name is more worthwhile than gold and silver”.

In my house, they tell you all these things in Yoruba so it resounds deeply in the innermost part of your head. I can’t say how effective that method is but it’s something my mother specializes in. When I was much younger, she darned near scarred me for life with deep words delivered in that manner. Just before I turned 11, (gosh seems like a lifetime ago now!), I was taken away to live in Kwara State. Anyway, so while I was there, one of the cousins in my foster home had gotten pregnant in the village and she was brought to Ilorin for my guardian to deal with the situation.

I was young, but I know there were several meetings, a lot of yelling, crying and castigation. After a few days of the cousin’s arrival in the house, the pregnancy had been attended to and the girl was in a lot of pain. I was assigned the duty of using a hot compress to press her belly. She was in a LOT of pain. I didn’t quite understand what was going on but all this blood and pain? What had happened?. It was during this period that my dearly beloved parents came to visit. A few hours after their arrival, my mother called me to the car. My first instinct was ‘Ah Ah… Mummy, why can’t we have this discussion in the guest room? Why must it be in the car?’ I followed the woman meekly as I knew this had to be something serious.

Ladies and gentlemen, it was inside the car, outside the house on Basin Road in Ilorin, that my mother gave me my Birds & Bees talk. Here we were, talking about my body being a temple of the Lord and how the body of a woman develops at this rate and how a woman’s feelings change as she grows older. It went on… and on… The woman found a way to relate sex, with pregnancy and the attendant pain that the girl was going through upstairs. I was sufficiently mentally scarred! It was the most distressing conversation anybody has ever had with me. She used strong and deep Yoruba words that any tingles that I may have been feeling from immersing myself in Harlequin Romance always died a violent death in my head. “If you don’t want to end up like XYZ upstairs, don’t let any boy come near you”

Looking back now it’s hilarious because it must have been uncomfortable for her too. But really, what’s the deal with African parents and the sex education talk with kids? I asked my friend, Tolulope if she ever had the sex education talk with her Mom and she said “No! I even still feel uncomfortable if we’re watching a movie together and they start kissing… and I’m married with a son oh! It’s that bad”.

Okay guys, please share some of your experiences of when you had the sex talk with your folks – if ever and how you felt? Would you give your child the sex talk? When and how or do you think it’s just be plain uncomfortable.

A really cute Nigerian R&B star shared with his experience with the BN team. He told us his Mom locked he and his brothers in a room and made them watch videos of people dying from AIDS for hours. She came back and said “That’s what happens when you have unprotected sex!”. Our guy’s life has been a living testimony since then… He has NO string of baby mamas!

Gotta dash now. Have a fantastic and beautiful week ahead. Stay strong, be happy and remember, nobody can put you down unless you let ’em!

“I Asked the Lord to Make It Clear!” Read Lola Akindele’s Narration of How She Got Confirmation of her Fiance Dayo being “The One”