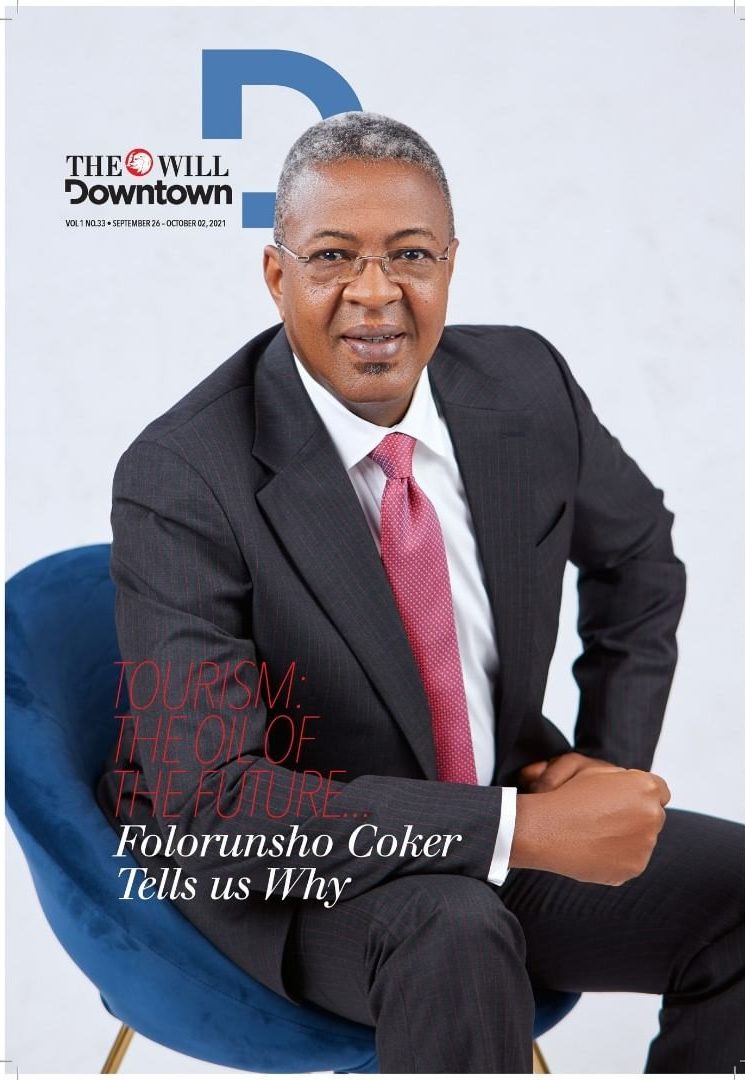 To celebrate World Tourism Day, TheWill Downtown’s Kehindé Fagbule got the opportunity of a sit-down with the magazine’s cover personality, Folorunsho Folarin Coker, Director-General of Nigeria Tourism Development Corporation (NTDC) as he talks about the potentials of the Nigerian tourism industry. 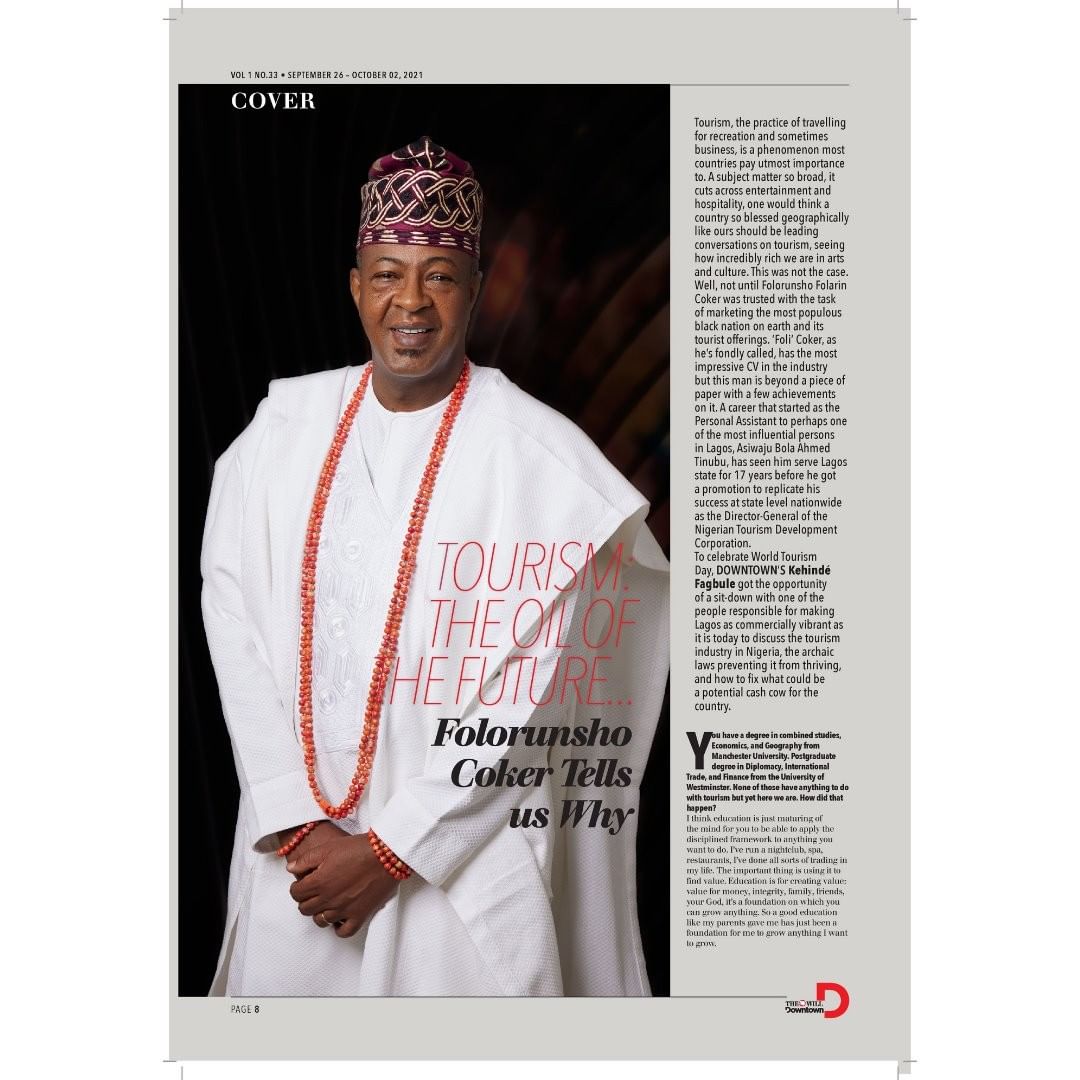 Folorunsho also explains why laws obstructing the growth of the sector must be replaced and why he thinks tourism is the ‘crude oil’ of the country’s future. 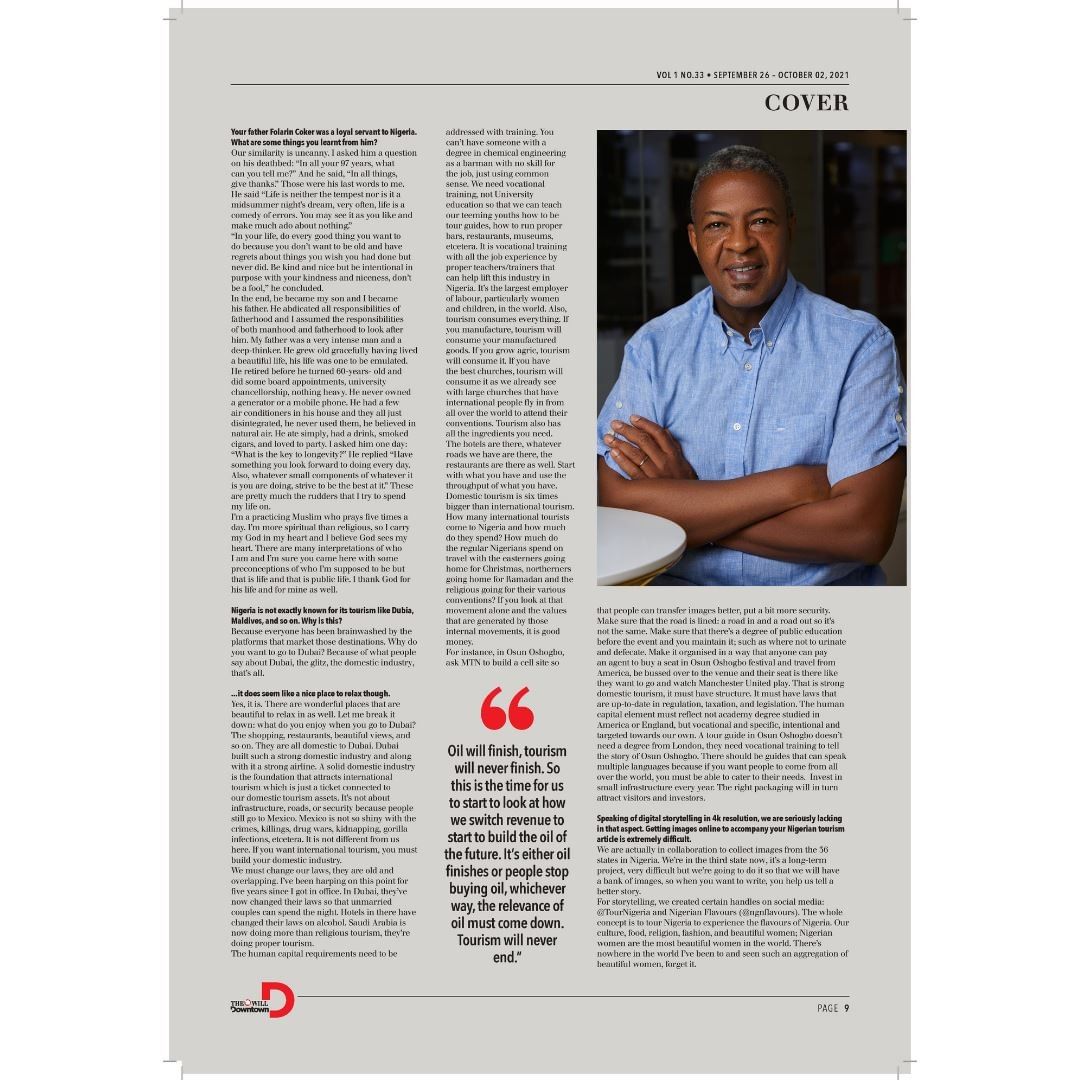 In the publisher’s words:

The media is a very effective and powerful tool to communicate, educate and influence public opinion. However, the advent of social media appears to have brought a different dimension to it. The plurality of anonymous blogs and social media handles – particularly on Twitter and Instagram – have demonised these apps, which were developed to make social interaction easier.

There are lots of faceless blogs and handles out there that are being used to spew all sorts of awful and despicable things. Like everything in life, social media has its positive and negative sides.

Last week, a faceless Instagram handle was used to malign the reputation of socialite and Nollywood filmmaker, Mosunmola Abudu. Like Mo, as she is fondly called, so many individuals have been trolled by these faceless bloggers whose style of journalism seems to be pulling down people in society. The trolls don’t stop. The blogs and handles neither relent nor give up because we live in a lawless country where no one is held accountable for their actions.

We must take a firm stand against cyberbullying and fake news and fully support laws that would criminalise these actions in our society.

In a related development, it is disheartening and completely unfair to see CBN Governor, Godwin Emefiele, come under tremendous attacks on the internet following the fall of the naira. People forget easily that Emefiele, through his ingenious interventions, has been the driver of the nation’s fragile economy so it would be unfair to heap the naira’s recent performance on him knowing that the country is fully dependent on imports and hardly produces enough of anything for local consumption talk more of exporting.

Everyone wants a stronger naira and we will only get this when we start producing more of what we consume so we can reduce imports. Also, ending the importation of petroleum products will save us at least $4bn annually. So you see that the CBN is not the naira’s problem. Our wasteful lifestyles are!

Also, in this edition, Downtown brings you the glamour and fashion from last week’s Emmys in Hollywood, the launch of a new vodka brand in Lagos, as well as regular features in culture, entertainment, and relationships. 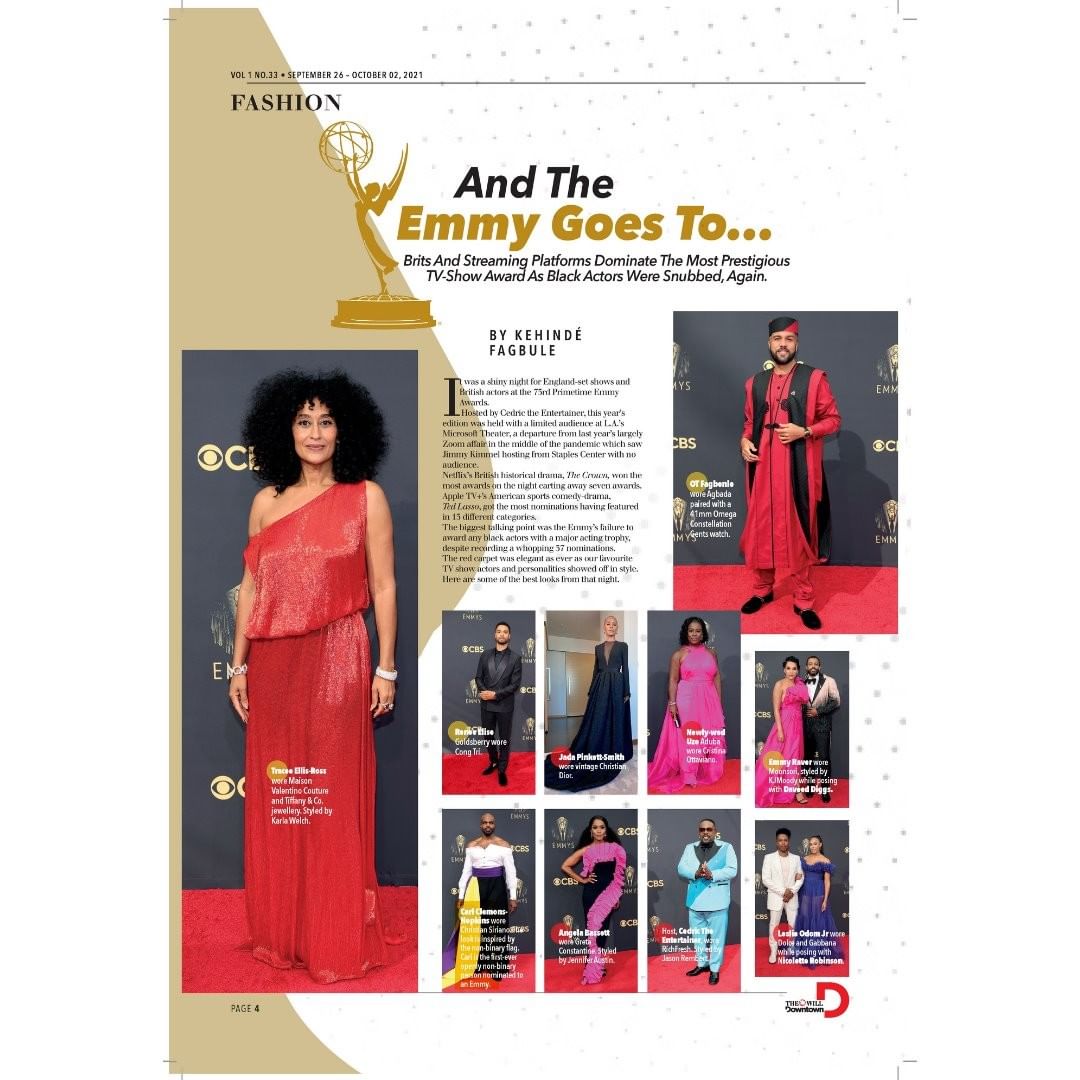 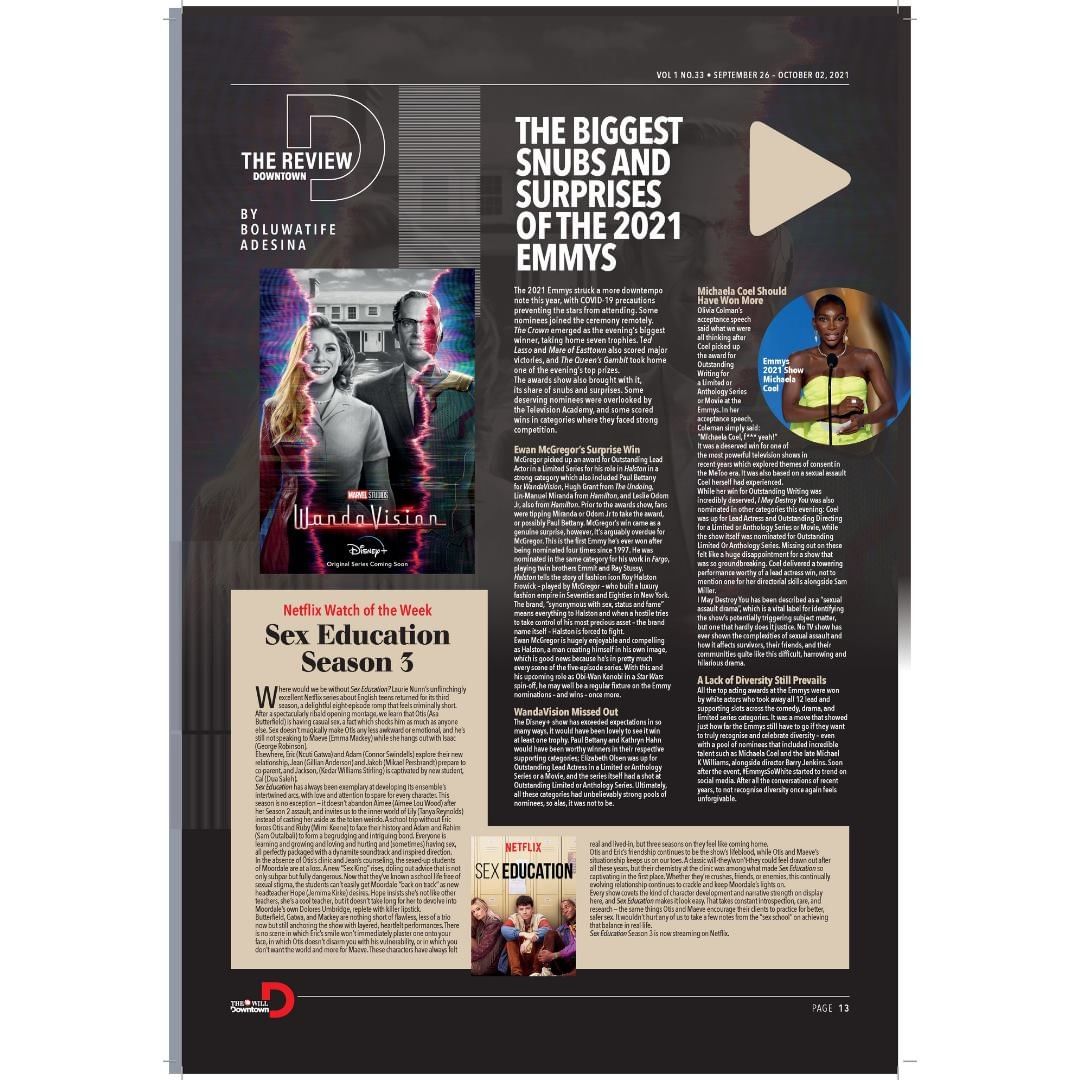 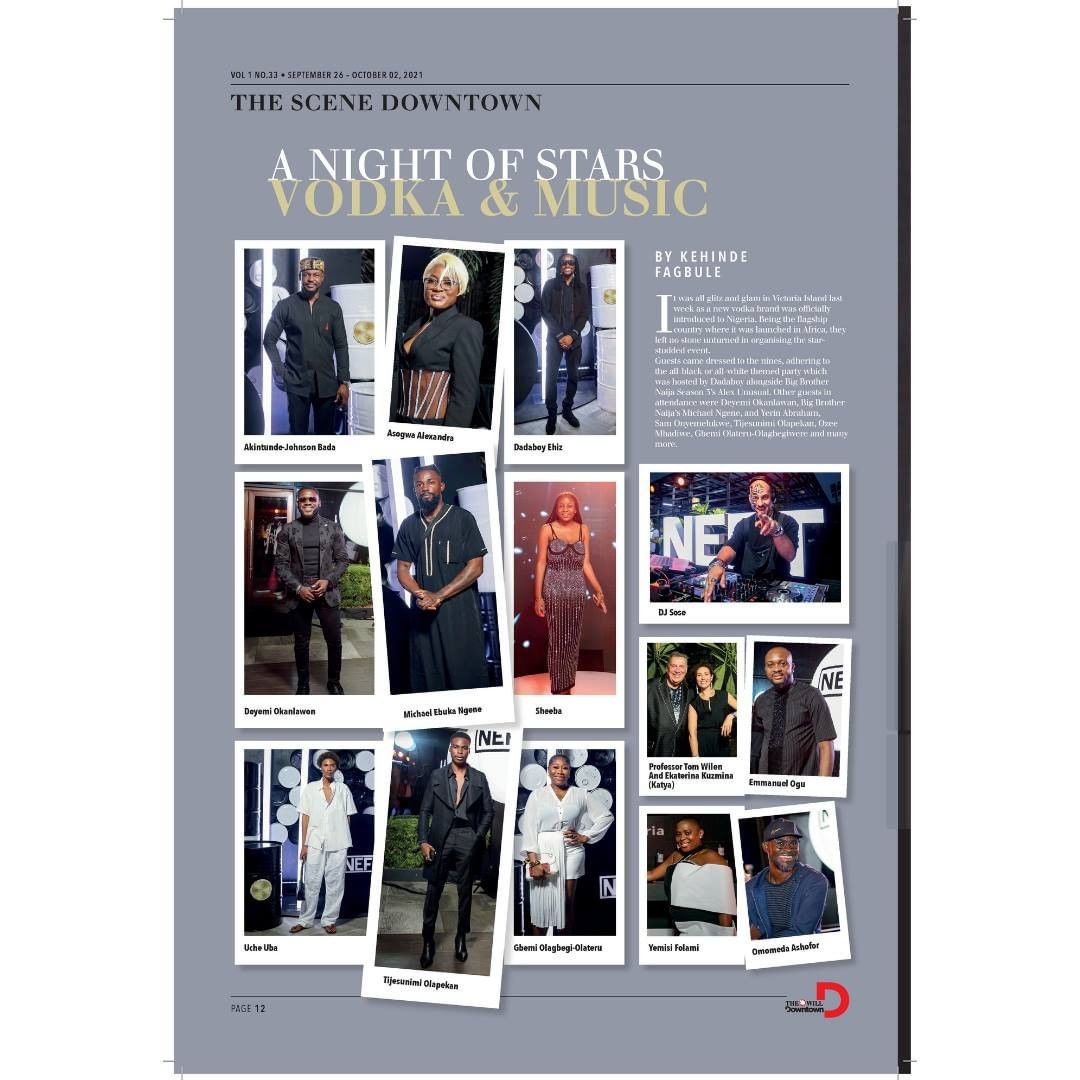 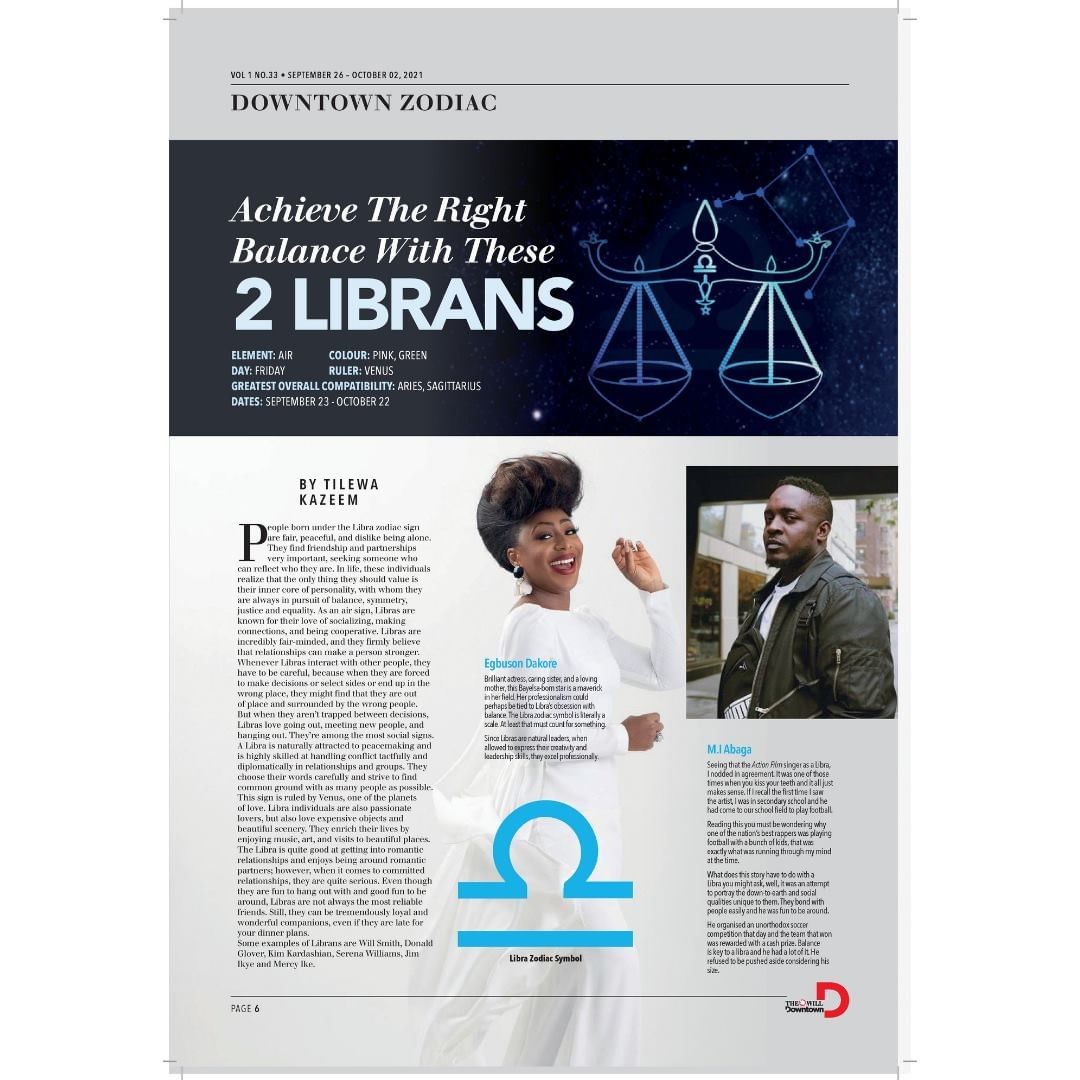 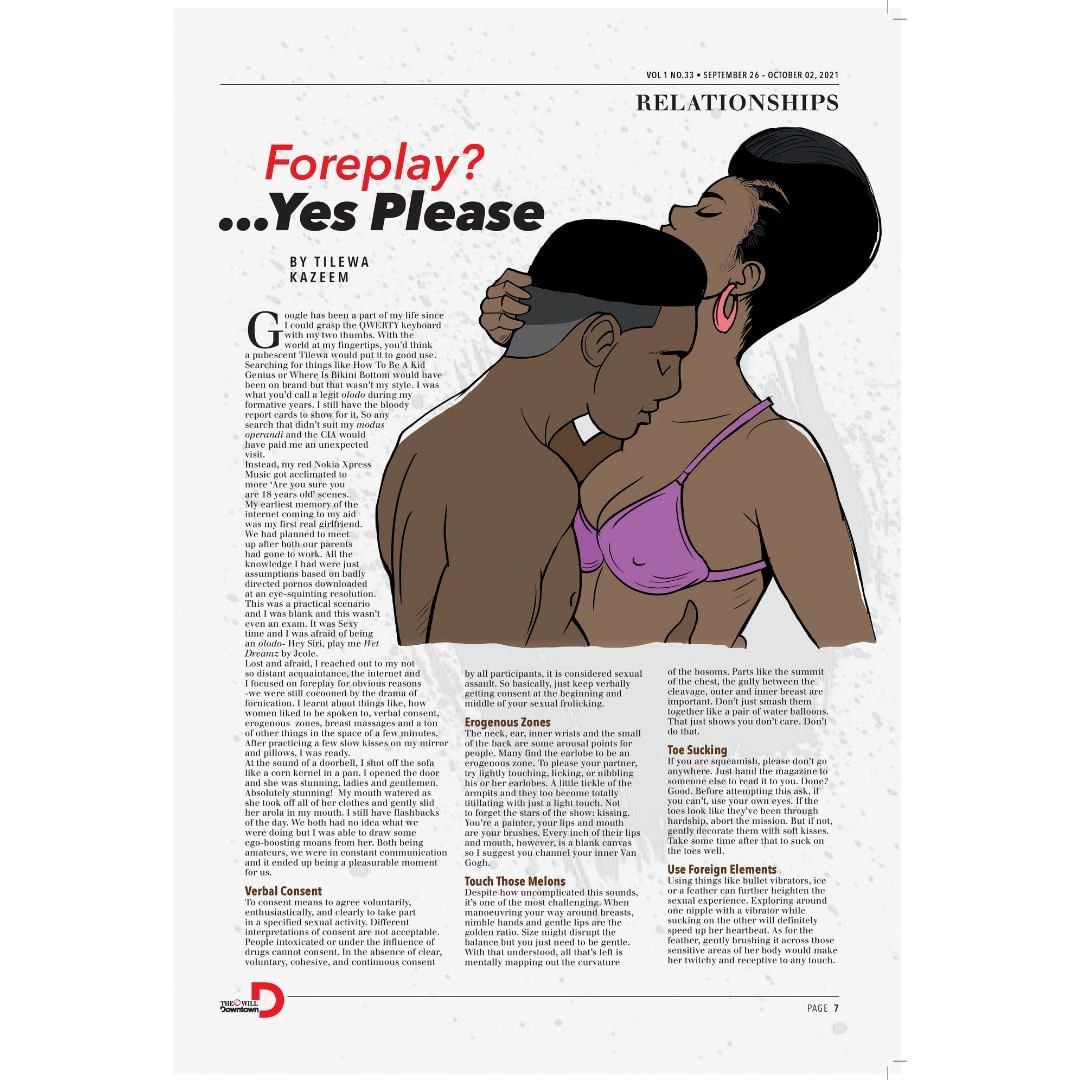 The Movie Review page examines season 3 of “Sex Education“, while the travel pages look at ‘What Makes A Five Star Hotel’ on one page, and the infamous ‘Things To Know About Nigeria’ on the other. 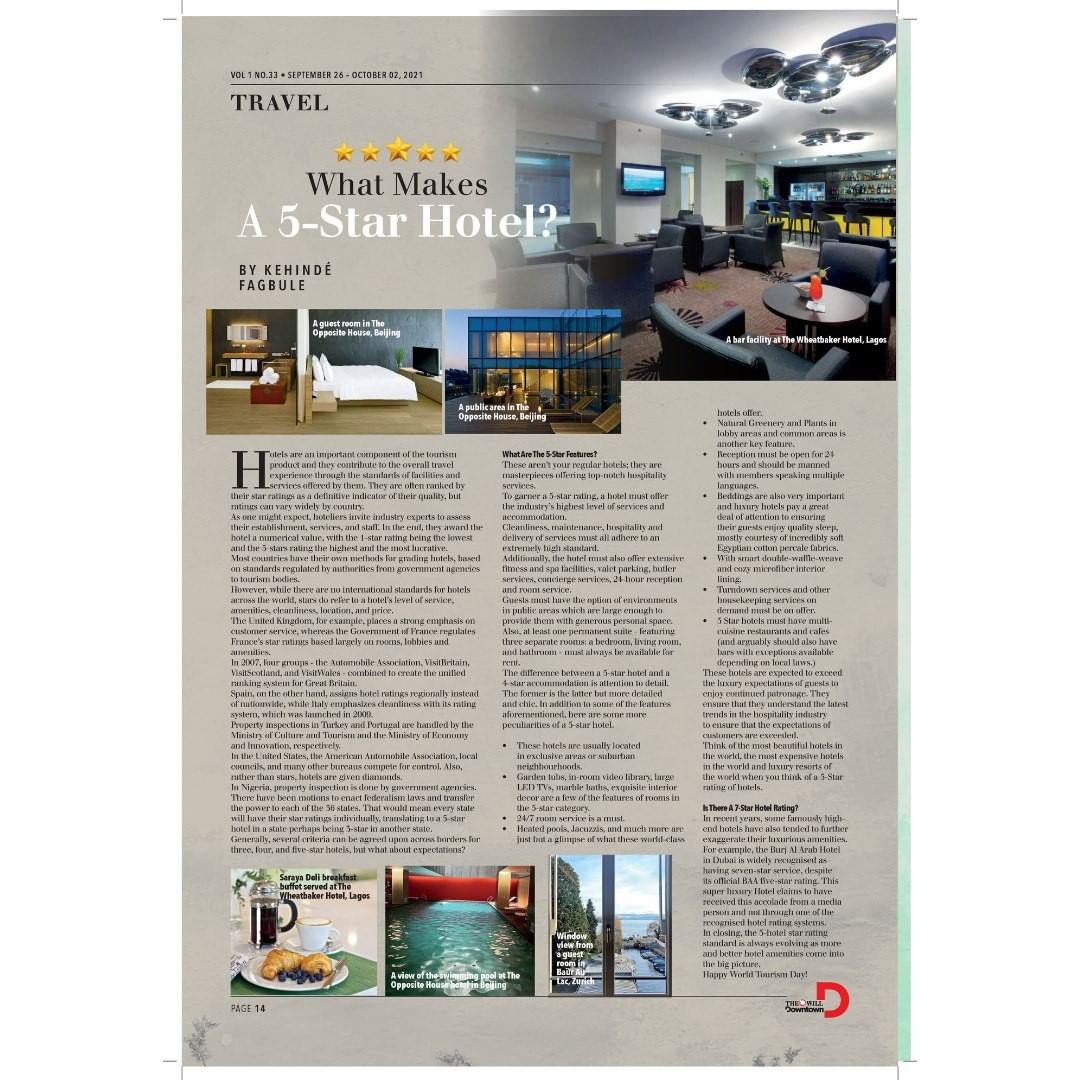 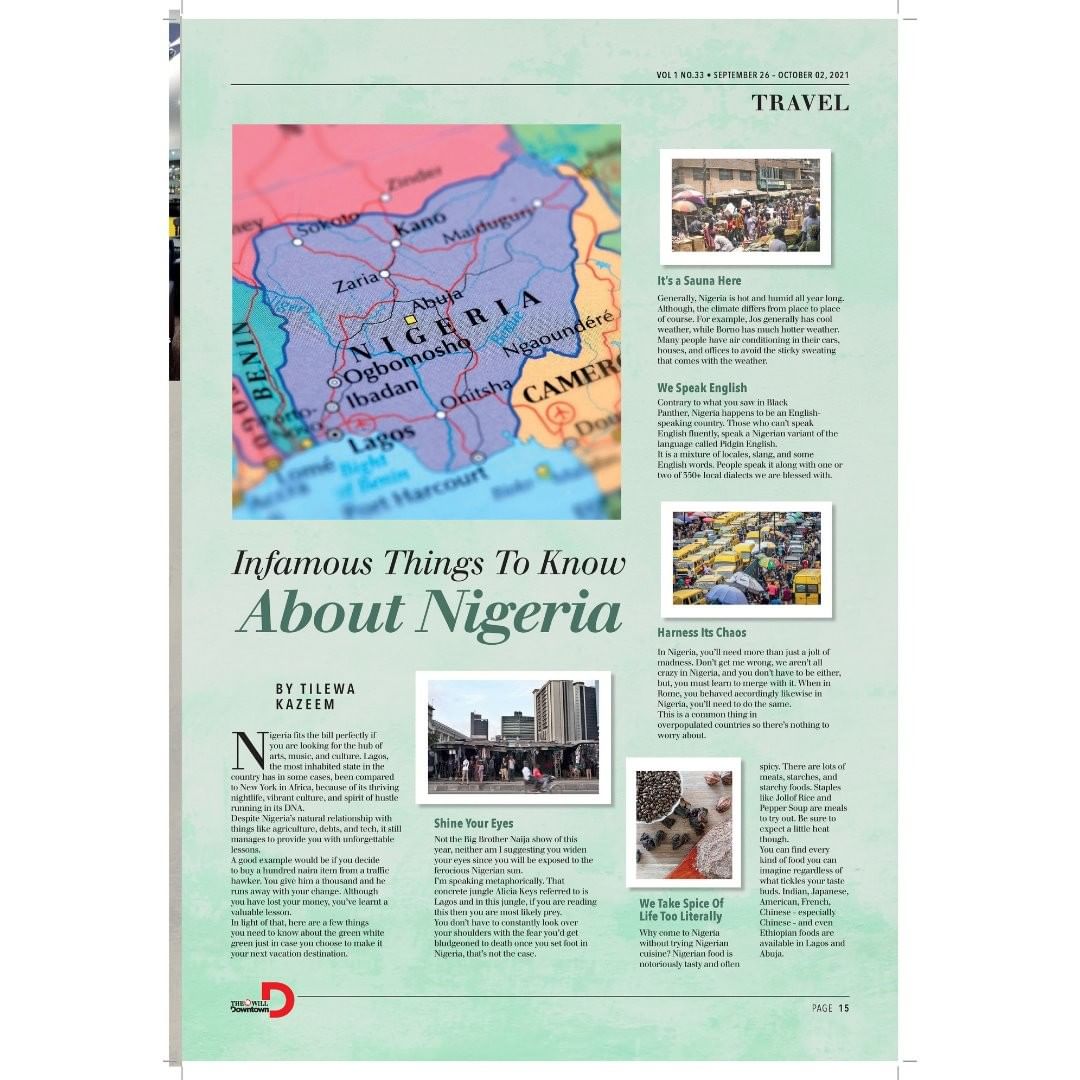 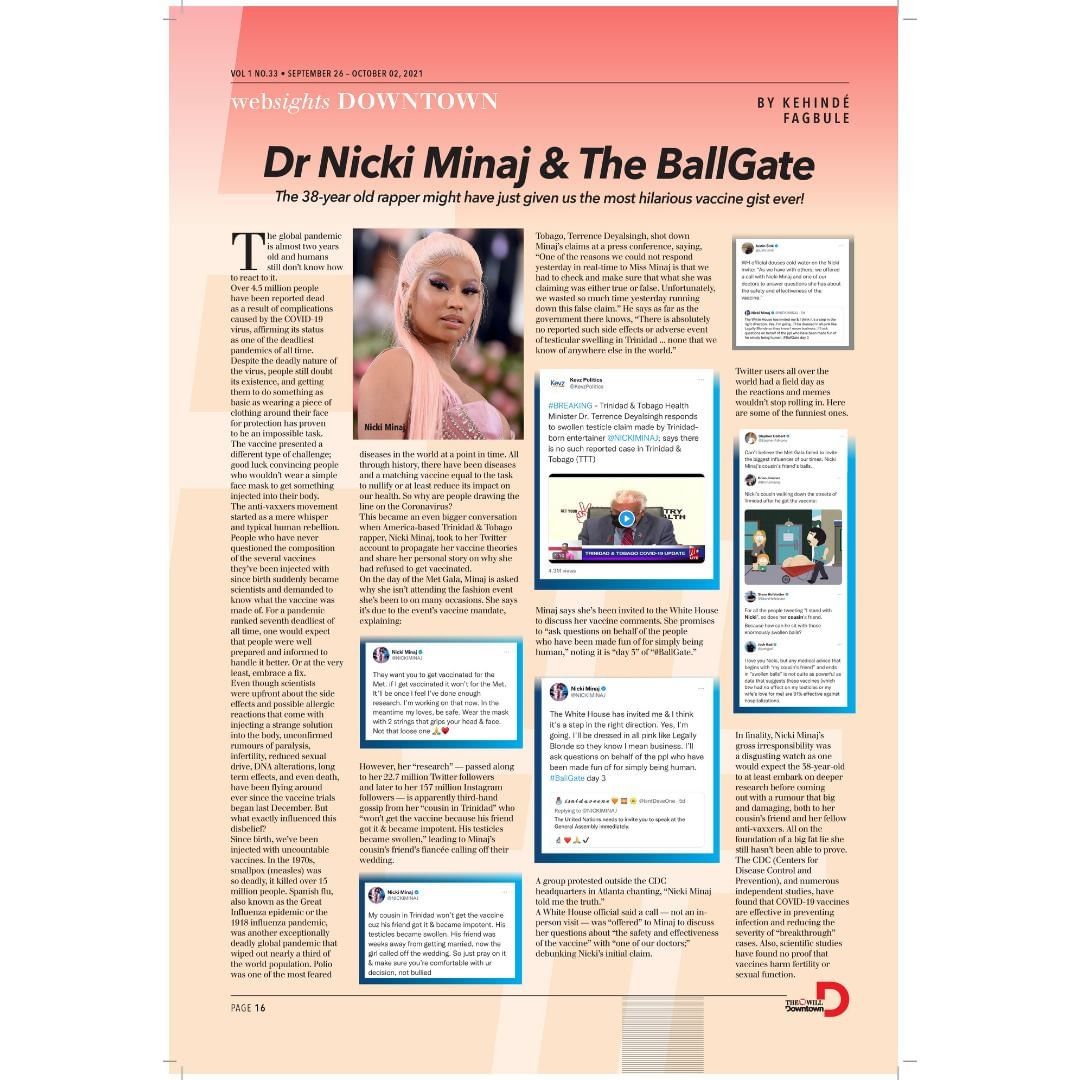