Nigerian artist Davido continues to prove that he is not just a talented musician, but also a style icon. 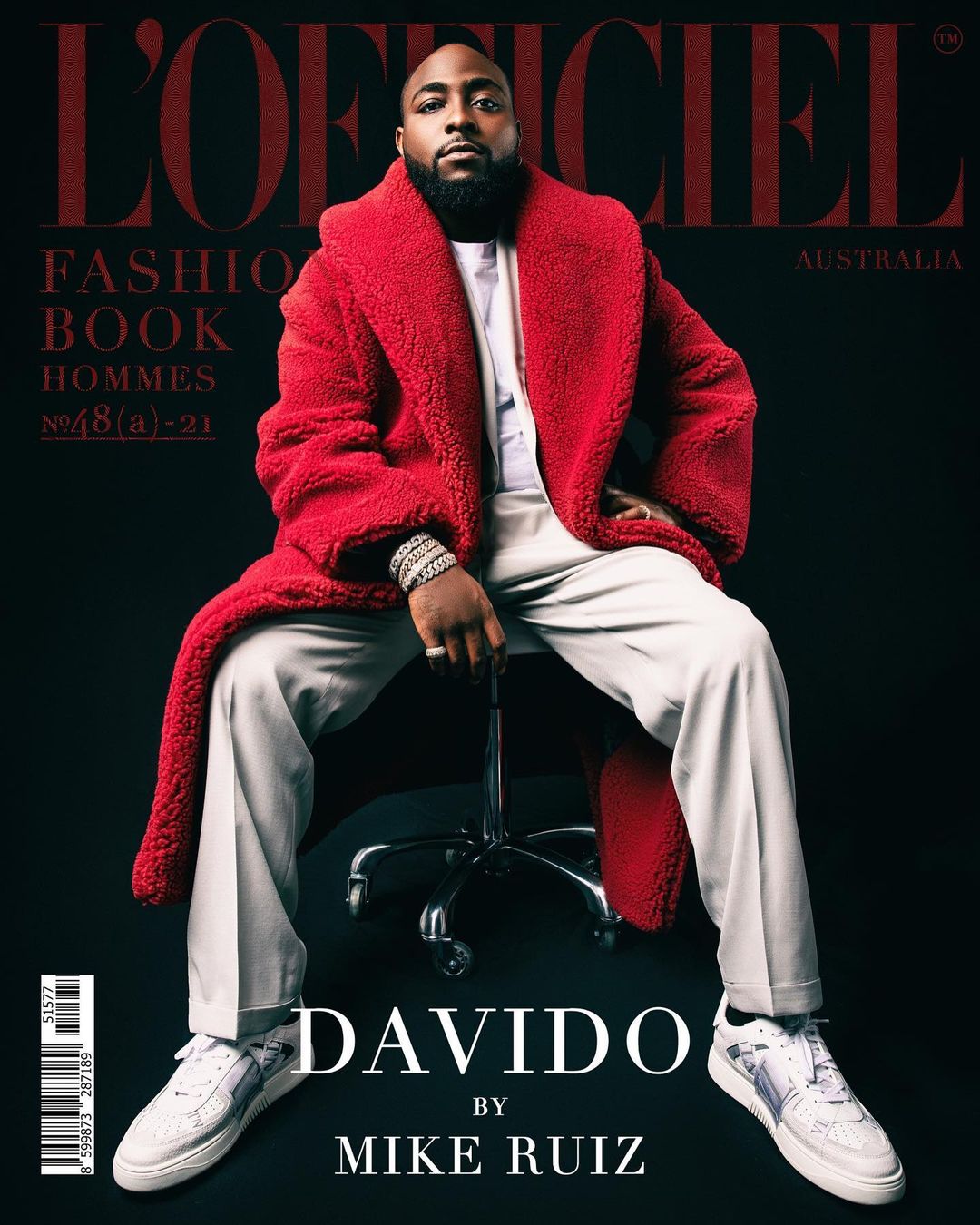 In a recent shoot styled by the talented Mike Ruiz for L’Officiel Fashion Book Australia, talking about the EndSARS protest, being named in TIME100 NextGen 2021, his mission with UNICEF and pioneering Afrobeats into the mainstream, the afrobeat singer shows us a new side to his style.

For the cover shoot he a red coat from Casablanca, a with a from Mugler and T-shirt from Salvatore Ferragamo. 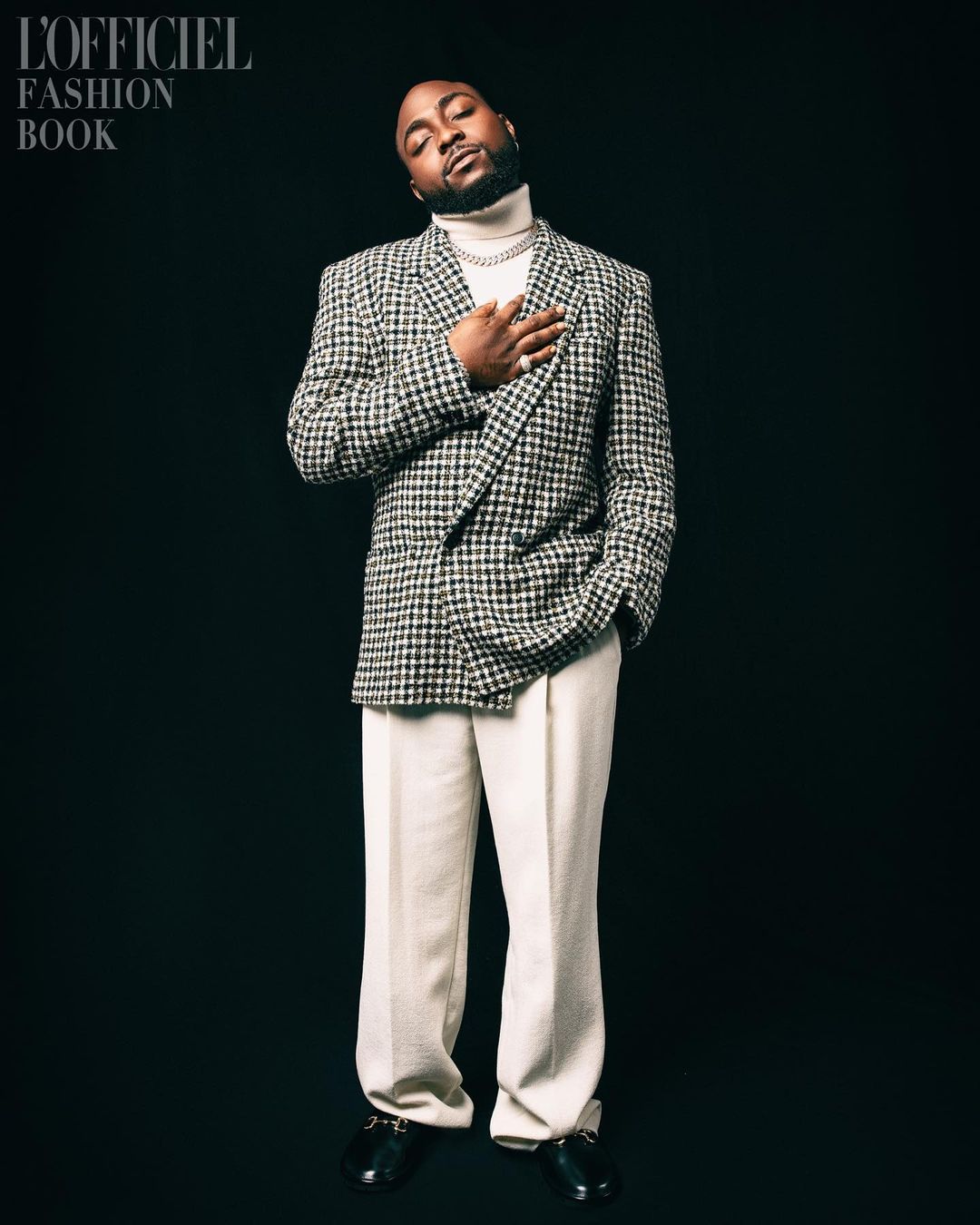 On how he feels about standing up to injustice as a global activist who is continuously campaigning for police to put an end to SARS:

First of all, shout out to the brave citizens of Nigeria. That was probably the first time in my generation to have seen people come out and really protest like that. People know that I’m for the people. When that issue came up, when the whole EndSARS project came up, everybody was just obviously knowing that I was going to be involved whichever way. I attended a couple of rallies. Me and my team, we met up with the inspector general police.

We filled the airport because I knew that I had the connections to see these people that in power and speak to them for my fans, for the citizens. I wasn’t there as a leader of any movement, I was there as a citizen that was also worried about what was going on. I personally don’t really have no police trouble because of who I am, but I see that from the people on a daily. It was something I really had to get involved in. 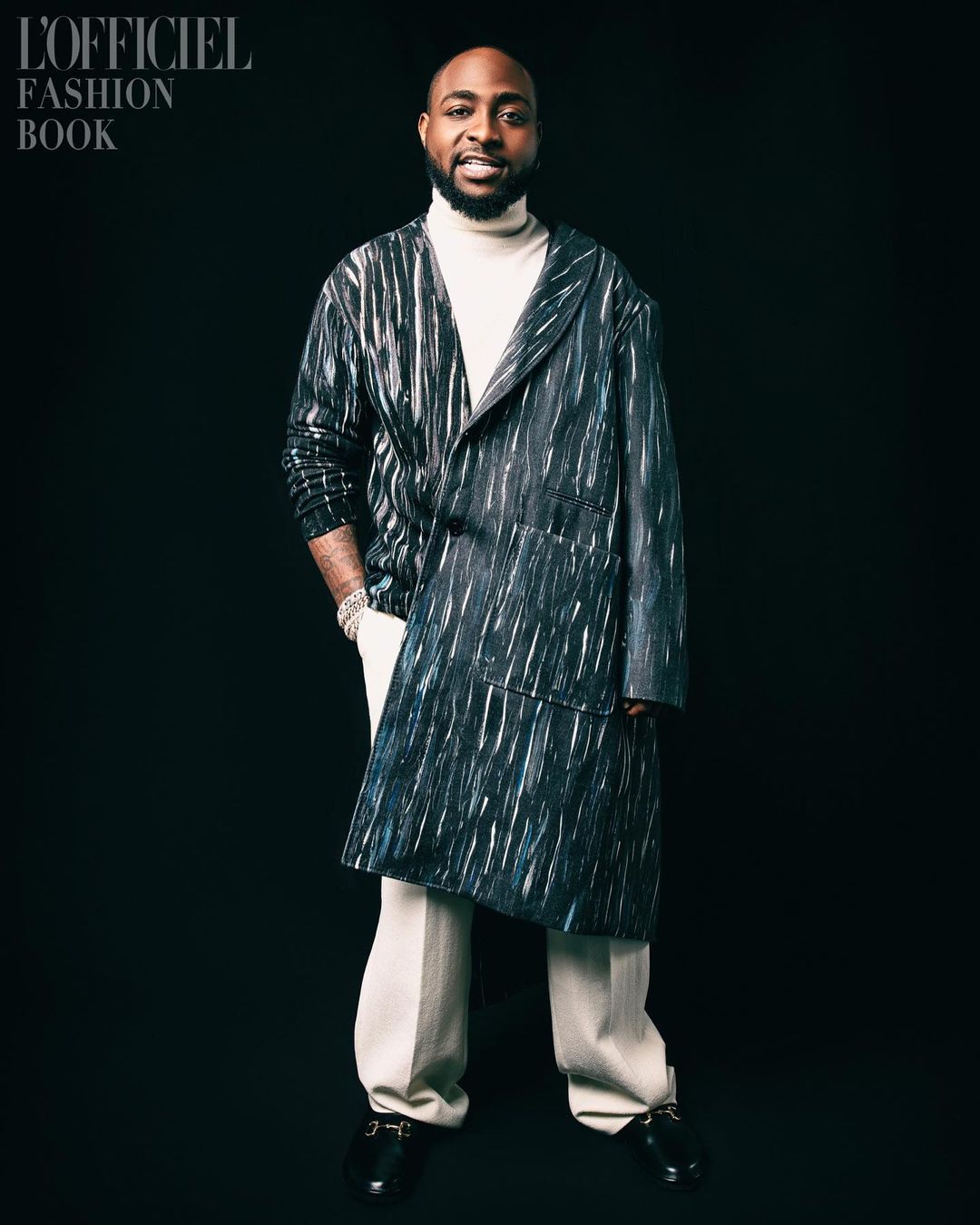 On “FEM” being the anthem for the EndSARS movement:

It’s crazy because we didn’t record that record. EndSARS hadn’t even started yet. We dropped that record two weeks before. The record’s already gone, it was huge already. Then there was a little rally where this government official was speaking to the people and then somebody played the song.

They played the song, everybody’s singing. He’s trying to talk, but everybody is singing the song instead. Then somebody got the video and it just went crazy. From there, it became the anthem of the whole– I almost got in trouble. I was like, “Yo, I did record that song, but–” It was nice to see them use a song of mine to be instrumental in how they felt. 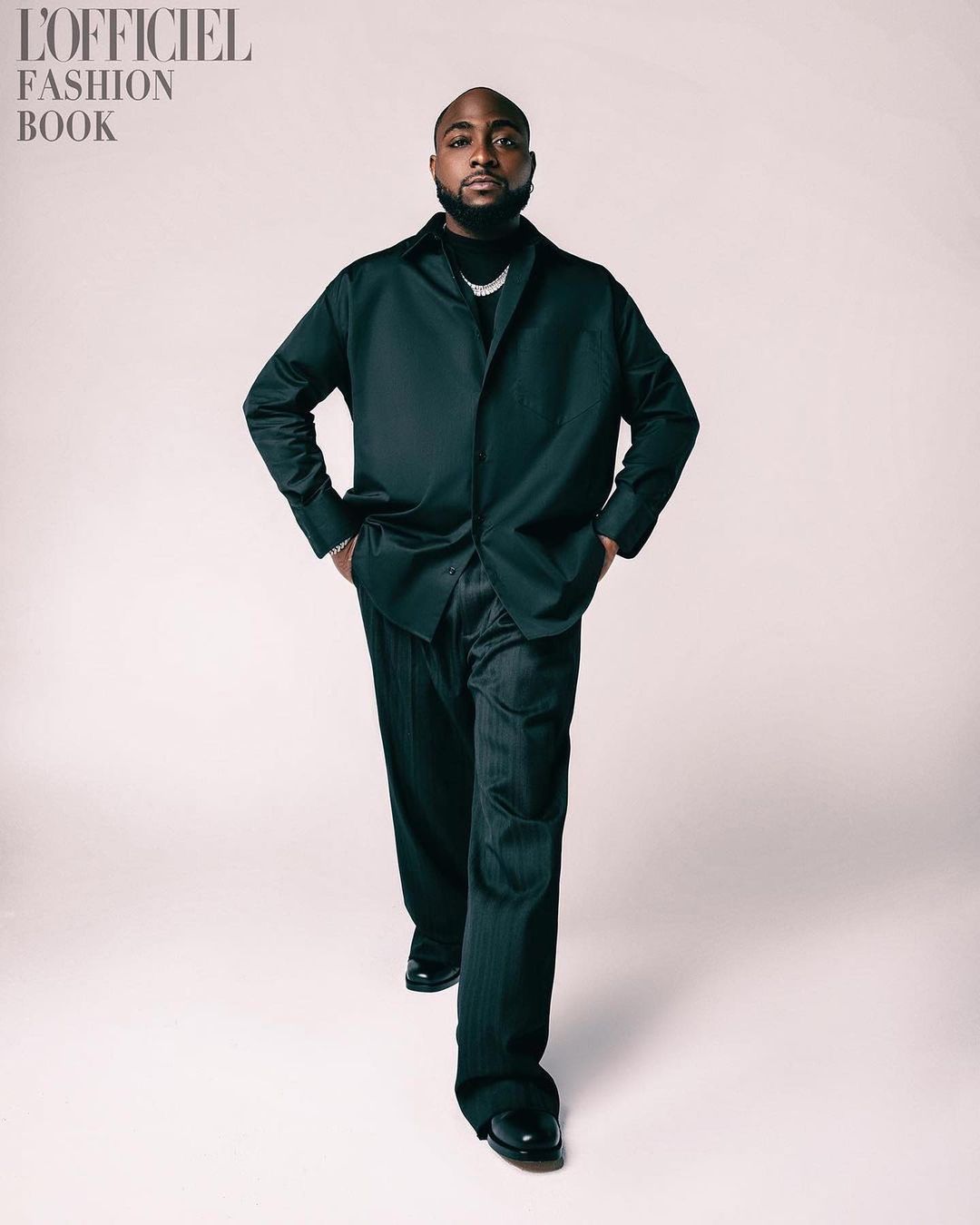 About his mission with UNICEF:

First of all, shout out to UNICEF. First of all, I love what they’ve been doing for the continent for years and years and years. I think even before that, I’ve always been doing my work, I’ve always been trying to help the community, help kids. Even before this collaboration with UNICEF, I feel like it’s something I’ve been doing even without people knowing. That’s why I don’t really care people knowing how I help people. The most important fact is that they’re being helped and results are coming from whatever we’re doing for them.

When UNICEF came into the picture, we were like, “Yo, we can do this on a bigger scale.” It’s never been about money for me, it’s just about the platform that UNICEF has built. I’m thinking with me and what I know and the ideas I have to switch a lot of stuff around, I think we’ll do great stuff. That came along too. 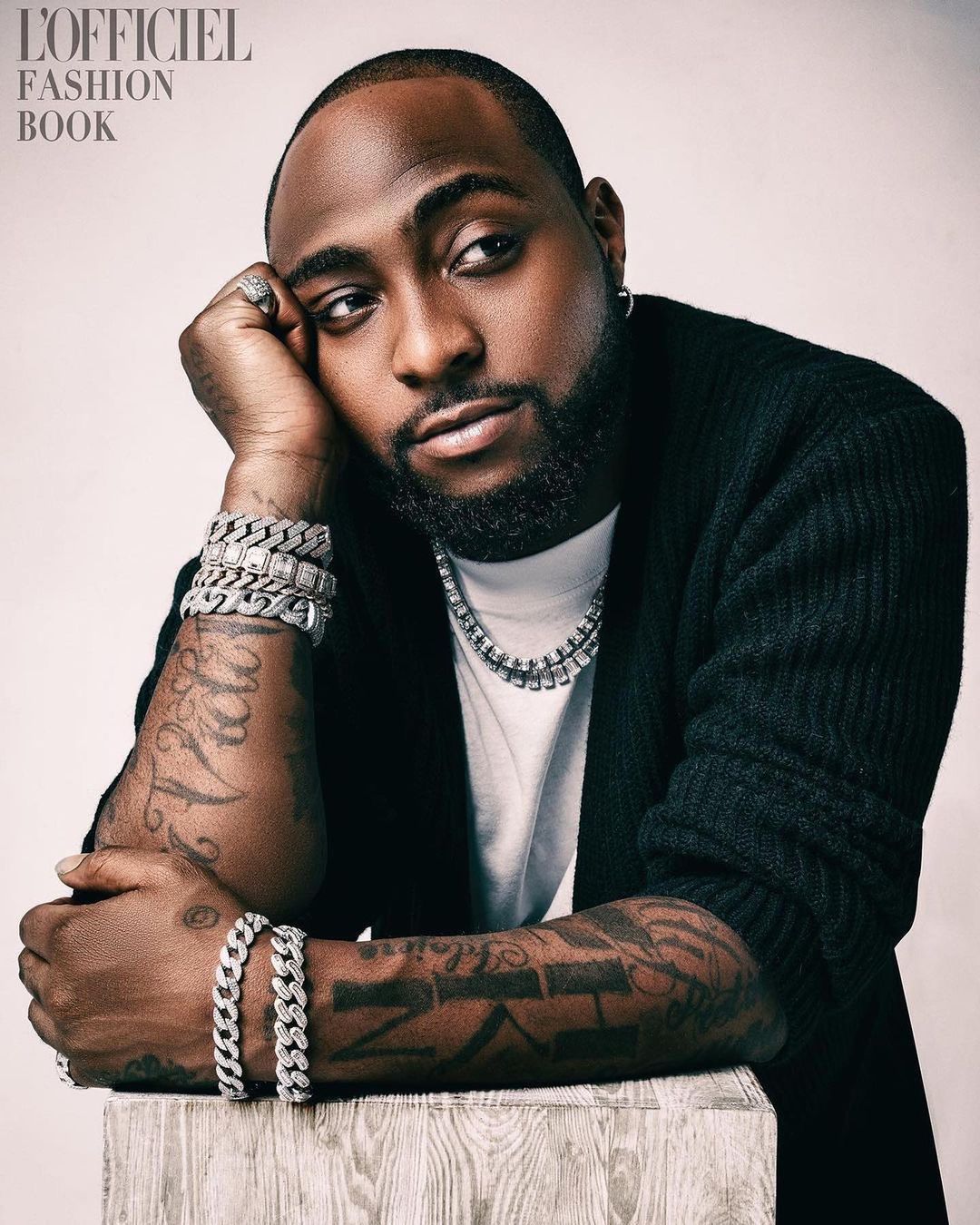