For the third time in a row, Africa’s defending FIBA Women’s Afrobasket champions, D’Tigress of Nigeria have won the competition after defeating Mali at 70-59.

The Nigerian team played and won against Senegal to make it through the semi-finals and into the finals to face Mali at the indoor hall of the Palais Polyvalent des Sports in Yaounde, Cameroon. 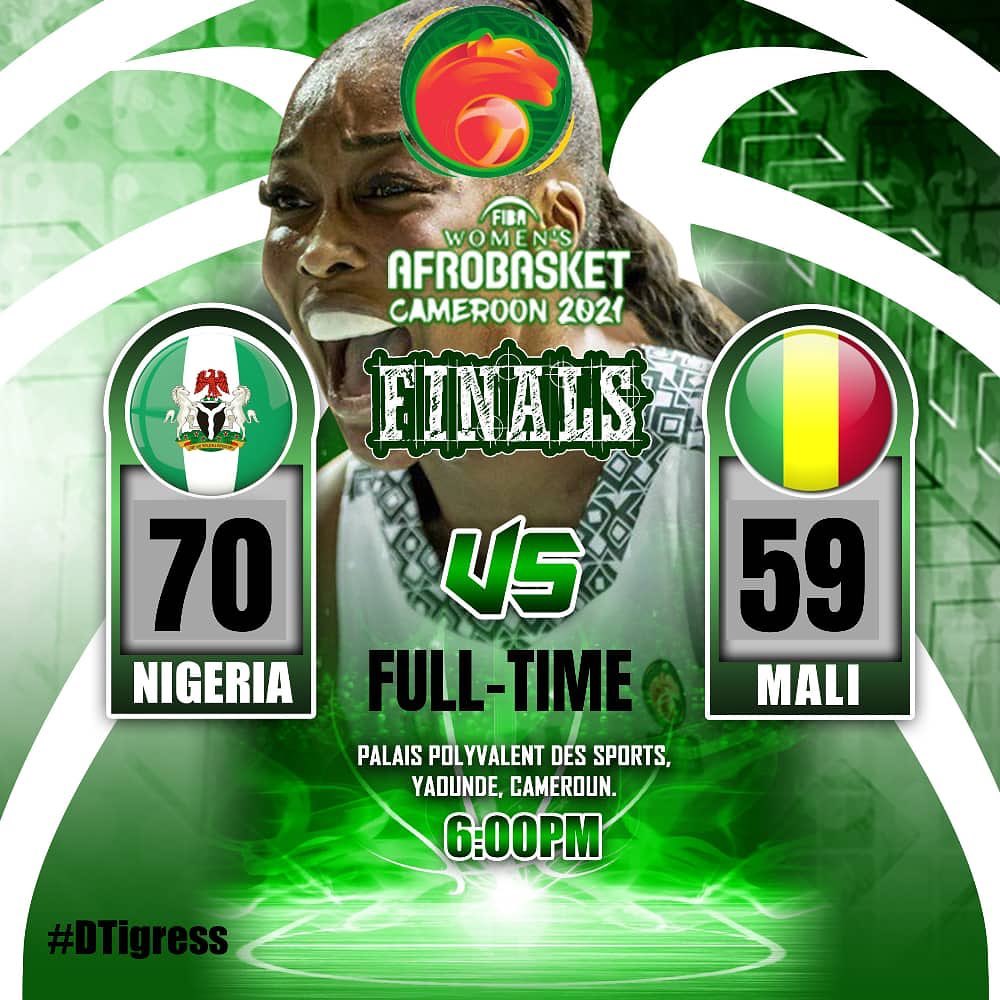 The first quarter of their game ended at 22-11 points with D’Tigresss leading with 11 points. However, they lost 13-9 to Mali in the second quarter, leaving the scores at 31-24 in favour of the D’Tigress at halftime.

The Nigerian team bounced back in the third quarter/second half while the Malians returned to win the last quarter. At the end of the Afrobasket finals, the game was in Nigeria’s favour at 70-59, making them champions for the third time in a row.

Congratulations to the team! Watch the highlights below: