Ifesinachi Okoli-Okpagu: Boys Are Raped Too 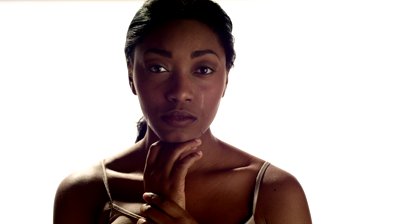 If your Facebook wall has not been crawling with heated arguments these past few weeks, it’s either your friends are ignorant or you are living in ignorance. The Obesere rape accusation has also opened a can of slithering worms such that the past few days, my Facebook wall has been crawling with different posts about and against rape, and women have risen as one showing their fury over the increasing rape cases in Nigeria.

Not that I think the cases are increasing. Rape has always been there. The difference is that now we have Social Media to blow our trumpet for u. So when a celebrity makes a joke out of rape, he becomes the target of our frustration over a dehumanisation that has refused to go away. Women have ranted, journalists have written with burning pens, people have cried out. Even three weeks ago a woman, who launched a non-governmental organisation, visited my church and exposed her story to the congregation of how she was raped at gunpoint and you should have seen the reactions after her ‘testimony’. I held the arms of my chair throughout her story withholding myself from punching the male seated next to me. Through it all, it has been clear that men deserve the missiles thrown by women.

But surprisingly, amidst all that noise on my Facebook wall, a male voice rose with an interesting remark – boys are raped too.

This male voice, name withheld, was filled with anger, perhaps over the fact that we women were blaming 99% of men of being likely to rape under several circumstances. The statistics, maybe or maybe not exaggerated by helpless women like myself who have heard several rape horror stories, must have fuelled his anger to blurt out that women are to be blamed too. According to him, several men were disvirgined as children, most often by the female house-helps these male children were left with at home or even female relatives. In the case where a (female or male) minor is taken advantage of by an older individual, be it male or female, it is termed ‘rape’.

Of course, his post did not get a single ‘Like’, the last time I checked. I mean, his voice is just one opposing a million; minority vs. majority. Right?

But I noticed because I remembered that I heard from male friends how they were introduced to sex by bored or sexually starved female house-helps who were left to care for them, and I imagined the confusion these male children would have been subjected to when ‘Aunty’ starts fondling their private parts. Now, fast forward years later when these men, filled with shame and unable to report such cases to their parents as children, grow to become adults with women all over the place; in their heads, ‘these women who have taught them that they like to be touched’. What would their reaction be? Would the story become an endless circle spinning round and round without an end? Do these incidents have a psychological effect on the society as a whole? Can women and men be hurting each other in the long run?

These abused men may be in the minority, and surely not all abused men have turned out to be potential rapists and not all rapists were abused at one time in their lives, but something happened somewhere along the line, most likely during those formative years. Sadly, this minor issue is one threatening an entire gender. Ironic.

So, at whose feet do we lay the blame?

Whoever you think is right or wrong, can we please decide on who is to blame? So we can all carry our pitchforks to their doorsteps and demand that the horrors of rape stop, because we have had enough of it.

No matter who is to blame, like a Facebook friend said (paraphrased): “It does not matter if a man finds a naked woman twerking on his bed, if she says NO, she really, really means NO”.

New Video: 2Shotz – For The Ladies

Ifesinachi is a published author, screenwriter and student of innovation. She blogs about creative ingenuity at www.30shadesofgenius.com.