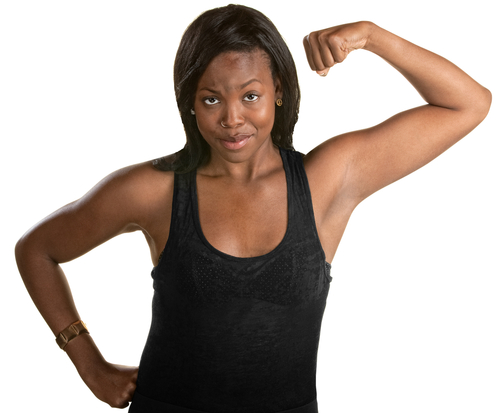 I am scared with the dimension our country has taken. Insecurity is very rampant, fear is prevalent and our security outfits are helpless. But beyond all these, is the anger I sense many of us feel with politicians who care more about the coming elections, than us. I want to make a personal appeal to all mothers and future mothers, please let us do something. While the politicians trade blames, jostle for political positions, fight supremacy battles, and over-analyze current events, we owe it to our children to protect them from the looming war.

It is only a woman who understands the pain of losing the child she bore. Long after the father has forgotten about the child he buried, the mother continues to remember the first time she felt him kick in her womb. She remembers his first smile, she remembers when his first tooth appeared. Mothers never forget.

This is why all women, mothers and potential mothers, must stand together, regardless of tribe or religion to say enough is enough! The grief of a mother in Borno should cause us pain, regardless of our location. Imagine if that was your daughter who was abducted or your son slaughtered in his dormitory, would you continue with your parties? Would you carry on as though everything were normal?

Perhaps you feel pained as well, but consider yourself helpless. Well, let me introduce you to a woman who did the impossible. In just under two years, Leyman Gbowee, the Nobel prize winner, alongside other women, ended the brutal Liberian civil war that had been raging for 14 years. She was nobody special, she was not connected to the powerful people, she was not rich, she wasn’t even a graduate! But she was a mother! According to her, “We are now taking this stand, to secure the future of our children. Because we believe, as custodians of society, tomorrow our children will ask us, “Mama, what was your role during the crisis?”

I ask you too, what is your role during this crisis? Are you excusing your complacency making excuses such as “This is not our war.” “I am a woman, I can’t do much.” “It serves them right, after all they killed people from our religion/tribe also.” Etc. These were some of the excuses Rwandan Hutu women who were complicit during the genocide gave when their menfolk killed Tutsis. But they didn’t realize that evil begets evil. They too faced death when they became refugees in other countries and through revenge attacks by the Tutsi militia. In other words, if we don’t stem this tide of violence that is currently in the north, we may wake up one morning to see it on our own streets.

As women, we are more powerful than we believe. Throughout the course of history, women have been instrumental in saving lives. God has often partnered with women to bring about solutions to problems. When Adam suffered loneliness in the Garden of Eden, God made Eve to help him, when the Israelites were in bondage in Egypt, God worked with the mother of Moses and Pharaoh’s sister to save the baby Moses who later saved the Israelites. When Hamaan planned a genocide against the Jews in Persia, it was another woman, Queen Esther, with God on her side, who risked her life to avert that disaster. And in the New Testament we see how the Blessed Virgin Mary who through her simple obedience to God, became the mother of Jesus Christ, the Saviour.

In all these cases, these women must have faced fear, yet they had to do something. They could have decided to pray and then wait for the men, after all women in those days were treated like property. But they refused to let this fear of inadequacy or consequences keep them from doing the right thing.

Today, so many of us are waiting for someone to end this carnage in our land. We are looking to politicians, religious leaders, the military, the international community and even other rebel groups to protect us. But again like Leyman Gbowee said “Don’t wait for a Gandhi, don’t wait for a (Martin Luther)King, don’t wait for a Mandela. You are your own Mandela, you are your own Gandhi, you are your own King.” Another female Nobel Peace Prize winner from Yemen, journalist and activist Tawakkol Karman agreed when she said “Women should … become part of the solution. We have been marginalized for a long time, and now is the time for women to stand up and become active without needing to ask for permission or acceptance.”

Coincidentally this year’s theme for the International Women’s day is “Inspiring Change”. What change can we be inspired to make in our country? It will cost us time and may not be very easy at the beginning, but if we will overcome our fears and DO the right thing, instead of praying alone or hoping some hero will deliver us, we will definitely prevail.

In the book of Isaiah 32 verses 9-20 in the Holy Bible, God charges the complacent women of Jerusalem to do something. “Rise up” He commands, “strip off your fine clothes, beat your chest, mourn.” He said this to warn them of the coming disaster that would lead to famines, deaths and refugee crises. I think God is urging us, as women today, to do something about the insecurity in our land.

What can you do as a Nigerian woman to end this carnage? Will you listen to the voice in your heart that tells you to sacrifice time, effort and even resources to make a difference, or will you make excuses to deflect the responsibility?

In Leyman Gbowee’s case, she organised inter-faith prayers for all women. Market women, executives, students, both Christian and Muslim, joined hands and prayed for peace. They walked side by side to stage peaceful protests. They went on sex strikes to let their husbands and boyfriends know they were not happy with the current situation. Their efforts though simple, were profound and led to the end of the war.

Dear Nigerian woman, will you arise and DO something, no matter how small or simple, regardless of where you are? I dare you to start something and see if God will not use it profoundly. Like the German philosopher Goethe said “the moment one definitely commits oneself, then Providence moves too. All sorts of things occur to help one that would never otherwise have occurred. Whatever you can do, or dream you can do, begin it. Boldness has genius, power, and magic in it. Begin it now.”

As for me, even though I am not in Nigeria currently, I am going to use the internet to search for and write to as many people as I can, both Muslims and Christians to foster peace and unity. It won’t be easy, but I will do it and I trust God to bless my efforts. What about you, what will you DO besides prayers?