Elevate U With Ifeanyi: Keep Dreaming 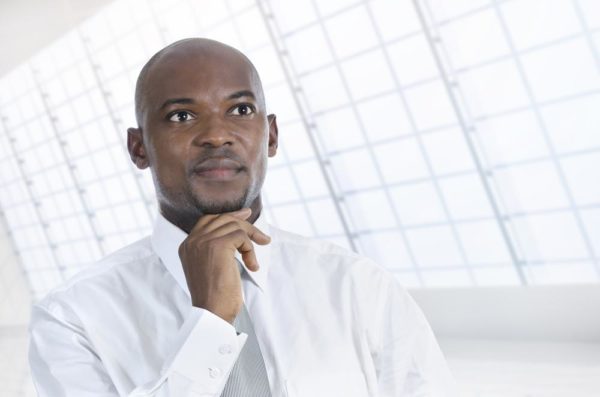 ‘You now have two minutes to say whatever you have to say.’ The man who now sat with him in the office was probing every response and reaction with intent. He was no pushover. As with all true businessmen, his apprehension was not only logical but as plain as could be. Wande regarded him again.

As far as everyone was concerned, Wande was one of those poor hustling college kids with some crazy impossible dreams. Not only had he spent so much time rehearsing what to say, he’d also enduringly taken the pain of journeying from Iponrin to Ajose Adeogun on foot for a chance to meet this particular potential investor. It was only going to be a yes or at worst, a painful no. He was already getting used to the rejection that ususally accompanied his many presentations. Some had simply said no, while others had not only tried to get him to be realistic but even advised him to remember that this was Nigeria.

As Wande Adalemo sat there, trying to get the right words out. He wondered if his dream of giving the whole of Nigeria wireless internet connection, (at a time more than half the population does not really understand what internet actually was) would ever get to be. Nonetheless it was far better than doing nothing. Since there was nothing else to lose, he could not help but take his shot.

That meeting did take the whole day, by the time it was over, the seed funding he needed to kick start Oxygen Networks, which is now worth well over one billion Naira was headed his way.

Have you ever had a big dream and everyone else does not believe you? How many of your dreams have you given up on – after a few people tried to convince you that it cannot be possible? Why would anyone give up on their very dreams simply because some people do not think it was possible only to commit themselves to spending the rest of your life building other people’s dreams and enriching them?

Allow me to tell you a familiar story. When Techno plunged into the Nigeria mobile devices market, it didn’t have the luxury of being given a place to play second fiddle. It was given a place right next to mediocrity. Its brand was associated with the poorest of the poorest of the poor — people who could not afford a standard Nokia torchlight phone. It was a competitive market already dominated by established brand names who turned out far more technologically advanced products that held the local populace glued to its numerous products.

On the surface, it didn’t look like Techno had the ‘technology’ to compete nor the millions of Dollars for advert and research that would change public perception of the ‘exclusively-for-the-poor’ devices it produced, but it had a dream— to become Nigeria’s number of mobile phone brand.
That dream did not materialize overnight. Products after products made and sold without much profit followed. Many of those products were waved away by thousands of prospective buyers as ‘inferior’ but sales nonetheless were picking up.

Untold millions went into research. By this time they had studied the local mobile devices market, identified its buying patterns, understood its psychology, needs and economics, and smartly tailored their products to fit into that market and today, that brand that was once shrouded in mediocrity has risen to become Nigeria’s number one mobile phone brand with sales towering far above its closest competitors.

Did someone laugh at you and call your dreams crazy? Don’t worry, they‘ll never understand until they see it materialize. Somebody said no to funding your dream? It’s nothing personal. They may either be simply watching out for themselves or are simply afraid that if they invest in you, you could become bigger tomorrow. They threw your business proposal out the window? Pick it up again, make necessary corrections, make sure your claims add up, and then take it someplace else. Don’t stop at dreaming. Take it up notch. Nobody ‘buys’ into mere ideas that have not been developed beyond the size of a mere thought.
So if you have mustered the courage to dream up an idea and believe in it, then you must also muster the courage to convince people to invest in it.

It would not matter if you have to take to social media to announce yourself, or advertise it to a thousand potential investors. Yes, it may not come easy. It may become important that you will have to take up a course in selling or pitch to investors for a chance to be funded.

You may have to fight, fight, fight and keep fighting. Just be bold, sincere and keep on keeping on and one day that very dream that everyone else dismissed as crazy and impossible will come through, and the very same people who once criticized you and your dreams would still be the ones to come back and celebrate you.

For a Nation in Crisis! Listen to Titilope Sonuga’s Inspiring Poem – “Hide & Seek”