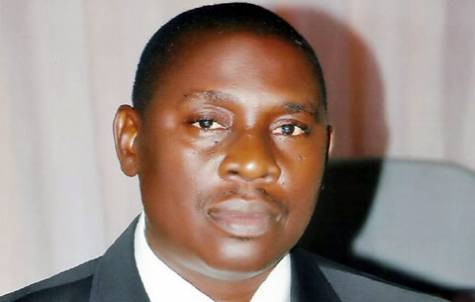 Yenagoa (NAN) ─ Gunmen in the early hours of Monday abducted Iniokpoemi Benson, a younger brother to the Speaker of Bayelsa House of Assembly, Kombowei Benson.

Hilary Okpara, Commissioner of Police in Bayelsa, who confirmed the incident, said the victim was abducted at about 3 a.m. at his residence in Korokorosei village in Southern Ijaw Local Government Area.

Okpara told the News Agency of Nigeria (NAN) in a telephone interview in Yenagoa that the police special anti-kidnap squad was on the trail of the kidnappers.

“We have got information on the incident, the DPO in the area and the Assistant Commissioner of Police have briefed me and the good thing is that we have known the direction the hoodlums are heading to so we shall round them up,” Okpara said.

The commissioner assured that the gunmen would be apprehended and the victim rescued.

NAN had gathered that Benson was the immediate past chairman of the community’s development committee.

The commissioner also commented on the fate of 90-year-old Madam Florentina Paulker, mother of Sen. Emmanuel Paulker representing Bayelsa Central, who was abducted in July.

“We have made some progress on that incident, we arrested one of them within hours and the next day we arrested three more subjects who are helping us and we are still making more arrests.

“It is a syndicate from what we have found out, we have cut off the communication link between the suspects in our custody and those holding the woman, so we are hoping that soon we shall free her,” he said.

Paulker, who was abducted on July 30 in Opollo area of Yenagoa, had been kidnapped in 2010, but was freed after eight days in captivity.

The security agents at the time killed one of the kidnappers in a shoot-out.