Michael Afenfia: For Reginald Dei and Others Murdered During the 2019 Elections 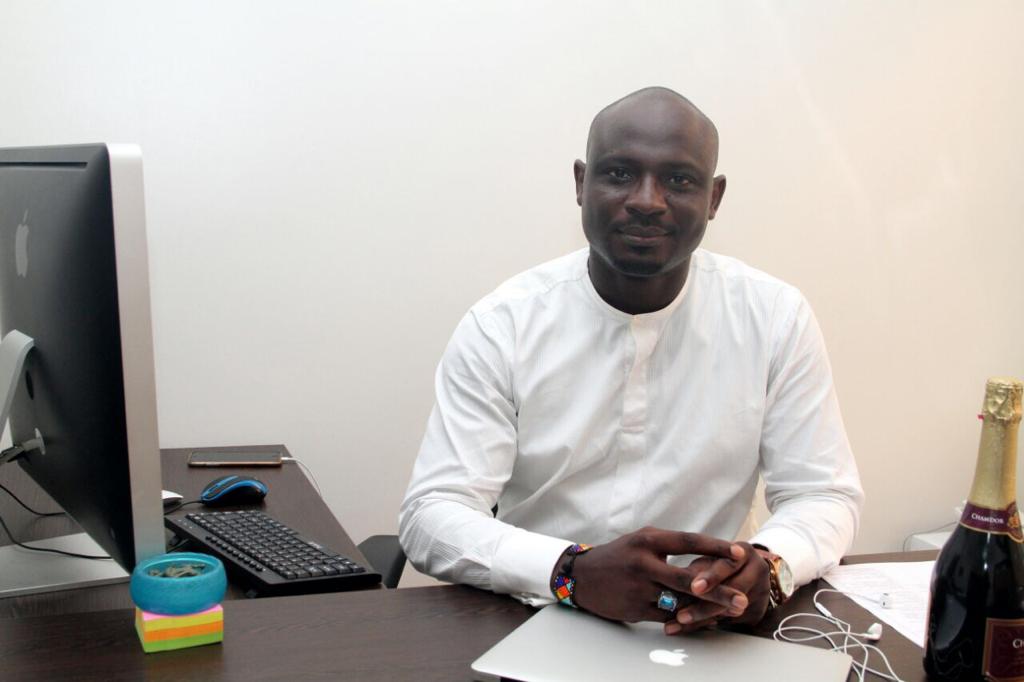 When I told myself I wouldn’t write for three months, I lied. I’ve been restless, stealing glances at my laptop for days since that self-imposed hiatus, to regroup after a rather active and engaging start to the year.

When I told myself I wouldn’t write, tweet, Facebook, make any Instagram post or comment on the recently concluded presidential elections, I lied. The truth is that my self-imposed speaking ban was killing me. I am pained and if you’ve ever bottled up pain, then I’m sure you can relate. Beyond the pain, I know I can’t stay silent because to stay silent in the face of what has happened to so many families across the country would be wicked and complicit to those who did those atrocious things.

I’ve mentioned the pain, but it is much more than that. It is the anger, disappointment and feeling of worthlessness in the very place you call home all rolled into one. Because on February 23, 2019, I didn’t feel like I was Nigerian. I felt like an alien who had to walk on eggshells around the real owners of the country – the Army and those who authorised them to take charge of the electoral process in a democracy.

It started around 5:30 AM when my siblings and I were driving to our polling unit and were accosted along the only road that leads out of Yenagoa, our capital city. They were rude to us, hostile and determined to disenfranchise us by keeping us there until it was past when vehicular movements were permitted. Nobody told me this; I am narrating my own experience. By the time we got to the third military stop, my sister began praying and when she said, “This election feels like war,” I totally got what she meant. When she vowed to stay home rather than subject herself to the humiliation of the Army in the next round of elections in two weeks time, it was logical.

If you did not experience what some of us in the South-South did on that day simply because we wanted to exercise our right to decide who becomes the next President of Nigeria, then you are lucky and I pray you never do.

Let me start from the picture at the top of this write-up. Yes, it’s okay to take another look at it. It’s one of me smiling to the camera on my birthday two years ago, but it’s not the smile that’s the story. It’s Reginald Dei, my colleague and friend – the person behind the camera urging me to smile because I struggle to smile in photos.

You don’t know Reginald, so I’ll tell you a little about him and his ability to get me into serious and silly poses for some of the personal and family pictures on my phone and the walls of my house. But again, let me not digress because this piece isn’t about my pictures, but the photographer behind them and responsible for them.

Reginald was in his final year in the university, a part-time student who had to combine work and school because he aspired to improve his station in life. He was married with four kids, all in school. He was from Oweikorugha community in Southern Ijaw local government area of Bayelsa state.

Reginald Dei died on March 3, 2019, a casualty of the 2019 Nigerian presidential election.

Even though his death certificate carries that date, the truth is that he died on February 23, when some men wearing military uniform attacked him and a friend. What I was told by his family and other colleagues was that they had finished voting and had retired home to rest and await the outcome of the results in the collation centre in the community. It was an unprovoked attack and they didn’t stand a chance. But we hoped against hope that Reginald Dei would make it because, unlike his friend who died on the spot, he was still breathing when he got to the hospital. Social media had posted his obituary, but he made it, until he kicked the bucket one week later.

That is Reginald’s story, but I could also tell you of a schoolmate from secondary school, Christian Masi, whose dear wife, Ibisaki Amachree Masi, was shot dead by men wearing army uniforms as she served her nation as an electoral officer in Rivers State. Again, it was an unprovoked attacked.

Maybe I should also mention here, a firsthand account from an INEC ad-hoc staff in Bayelsa state, who alongside members of his team were escorted by men wearing army uniform to a secluded place where ballot papers and smart cards where taken from them. There was no voting there, yet results were announced.

Quite frankly, the election in many places from what we read in the papers and saw on TV that day and the days preceding was militarized and I don’t even know which is worse – claims by the Army that these dastardly acts were not committed by real soldiers or if indeed the rape of our freedom to vote, the mayhem and murders, were indeed orchestrated and carried out under the direct supervision and on the orders of the leadership of the Nigerian Army.

So, come May 29, 2019, when the president and his vice will be clinking glasses and backslapping each other in celebration, many people will not see wine in those glasses but liquid of a different color and texture, the type that gave life to all the innocent people who died for the victory that came at all cost.

The same Commander-in-Chief who addressed Nigerians in a televised national broadcast twice in one week just before the election has gone back to old ways of silence and snobbery. The 39-year-old New Zealand Prime Minister, Jacinda Ardern, has condoled with victims of last week’s terror attack in her country, but our 76-year-old president has not visited anyone, hugged anyone or even mentioned anyone by name even though their lives were cut short in his bid to be re-elected president and c-in-c for another four years.

Remember the references to body bags and suggestions as to how to deal with ballot box snatchers? If my children were old enough to vote, honestly, on hearing those words from our leaders, I would have begged them to stay home. At the end of the day, people went out to vote or support the process and they didn’t return home alive to their families.

I am pained that Reginald died, but I am happy for the memories in the photographs he took of my family and me over the years. They may not be many, but they are better than nothing. They are better than nothing because in each of them is proof that election in Nigeria is not about voting for the candidate of your choice. Election in Nigeria is war!

Adefolake Adekola: Your Favorite Bread is Actually Not “Bromate Free”

BN Book of the Month: Drunk by Jackson Biko