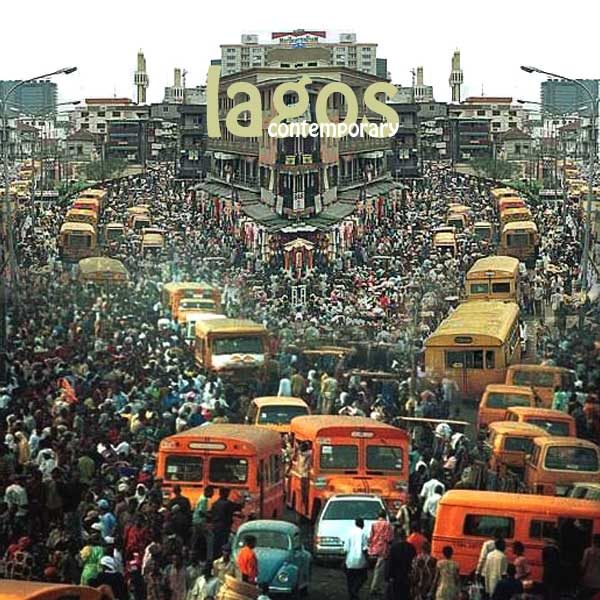 When my employer relocated me from Abuja to Lagos, I didn’t see it as much of a big deal. After all I had spent my early childhood and teenage years in Lagos, visited at least once every year and still maintained a good number of friends in the city. I was pretty sure living in Lagos wouldn’t be much different from living in Abuja (asides for the traffic congestion.)

Lagos and Abuja are the 2 most developed cities in Nigeria. Maybe Lagos is a little more advanced, because it’s the commercial capital, more populous and hence more market for businesses. But Abuja, being the Federal Capital Territory gets more Government attention. It’s a lot cleaner, has better roads and there are fewer Uniformed men to harass you on the roads.

Asides from these inherent differences in the 2 cities, there’s a wide cultural gap which I think is part of why Lagos is often described as the “City of hustlers”. At first most of these cultural differences seemed really appalling and unpleasant to me, but I once I acclimatized to them, they didn’t seem like such a big deal anymore. Here are a few of the culture shocks I experienced upon my move to Lagos.

Self Proclaimed Parking Space Landlords
Now this is one thing that really trips me. You arrive at a restaurant (bukka) or supermarket and in your mind you assume you are parking on a free street or space that probably belongs to the shop you intend to patronize. Some seemingly nice fellow, who was strolling by, decides to stop and give you (by force) directions on how to park your car. He enthusiastically directs you into a tight corner and even goes ahead to fold your side mirror for you. You are grateful and thank him for his unsolicited help. Alas, as you return to the car, ready to depart, bros appears again, this time vehemently gesturing for his compulsory tip (parking space fee). You are confused…. Wasn’t he just a passerby? Weren’t you gone for just 5 minutes? Isn’t the space for people who patronize the shop? Out of the goodness of your heart you decide to give him 100 naira, but to your surprise bros refuses it with authority and informs you that it’s 300 Naira…… your thoughts (ah ah? Who made him landlord of the road sef?)

Corporate Beggars
I know there are also beggars in Abuja o, but at least once you see them you would know they are beggars (most times they are Almajiri kids). You can immediately decide whether you want to give them money or not. Lagos on the other hand, as a city of hustlers, the beggars are also more advanced. They often dress well and speak impeccable English. You would wonder how come they all have the same story about getting stranded just beside the atm. The one that really shocked me was, one day on our return from lunch, this shabby looking guy approached me and my colleagues, begging for money. He was putting on bathroom slippers and had his hair looking very unkempt; he could easily pass for a regular beggar. You can imagine my surprise when I saw him walk past us into the banking hall, pulling out his bank withdrawal booklet. What do you know? Beggar too has to lodge his daily earnings into the bank.

Impolite Sales People
Contrary to popular belief, cost of living in Lagos is actually higher than Abuja. Especially if you are a foodie who loves to cook (like me) Apparently most of the food items (peppers, tomatoes, onions, yams, potatoes, carrots, etc) are grown in the North and hence by the time they reach Eko they are double the price they go for in Abuja. This wouldn’t even be so bad if the people you are buying from actually acknowledge the fact that you are spending your hard earned money to patronize them. But no.. in Lagos, the market women are generally hostile. In fact, if you haggle too much they can just get angry and insult you. Paying them with currency that requires them to look for change is like wasting their time. I don’t know if I feel this way because of the vendors I’m used to dealing with back in Abuja, who not only welcome you to sample their wares with a smile but even offer you generous portions to taste. If you don’t believe me, pay a visit to the Killishi stands at Area 1.

Associations For Everything
In case you didn’t know, in Lagos there are Associations for every form of labour (no matter how unskilled), hairdressers, cobblers, bricklayers, painters you name it. I witnessed this first hand one Saturday afternoon when I went to blend pepper on my street. I had assumed it would cost just 50 Naira since the quantity was rather small. Only for the Pepper Grinder Man to promptly point me to a Notice on the wall which read thus:
“PEPPER GRINDERS ASSOCIATION OF LAGOS”
Price List
Small bowl of Pepper (with or without Gen) N70
Big bowl of Pepper (with or without Gen) N150
Beans N200

I don’t remember the rest of the list but I found it really hilarious that there was even such an association.
And as if that wasn’t enough, this afternoon when I went out with my colleagues we discovered one of the vehicle tyres was down. On reaching a vulcanizer stand, the driver was promptly informed that there was currently a Vulcanisers Association meeting going on and he would not be able to find any one till 2pm when the meeting was over.
Throughout the journey back to the office I noticed that really, all the vulcanizer stands were left unattended. Wonder what they went to discuss “how to make minimum price for pumping one tyre 200 Naira?’’

I can’t write enough about how all strangers in Lagos are potential kidnappers. In fact these days I’m even scared of giving money to beggars or asking for directions on the road because you never know who can jazz you. I’m not saying they don’t kidnap in Abuja but at least people are less scared of strangers. People are more trusting; you can actually forget your phone in a bus or your laptop in a cab and get it back the following day and I’m speaking from experience, if na Eko…. Anything you forget … na voicemail.

Nonetheless, I love Lagos, as much as I miss chilling in the airy Abuja gardens and dinning on grilled fish, I love attending Owambe Parties, I love the beach and I love that you can get everything in Lagos. In my brother’s words “the only real difference between Lagos and London is NEPA.”

Should You Bump This – Music Review: Wizkid – Ayo (Joy)

Dunni O blogs at diaryofafirstimemum.blogspot.com.ng She is passionate about about Motherhood, childcare and parenting in Nigeria.