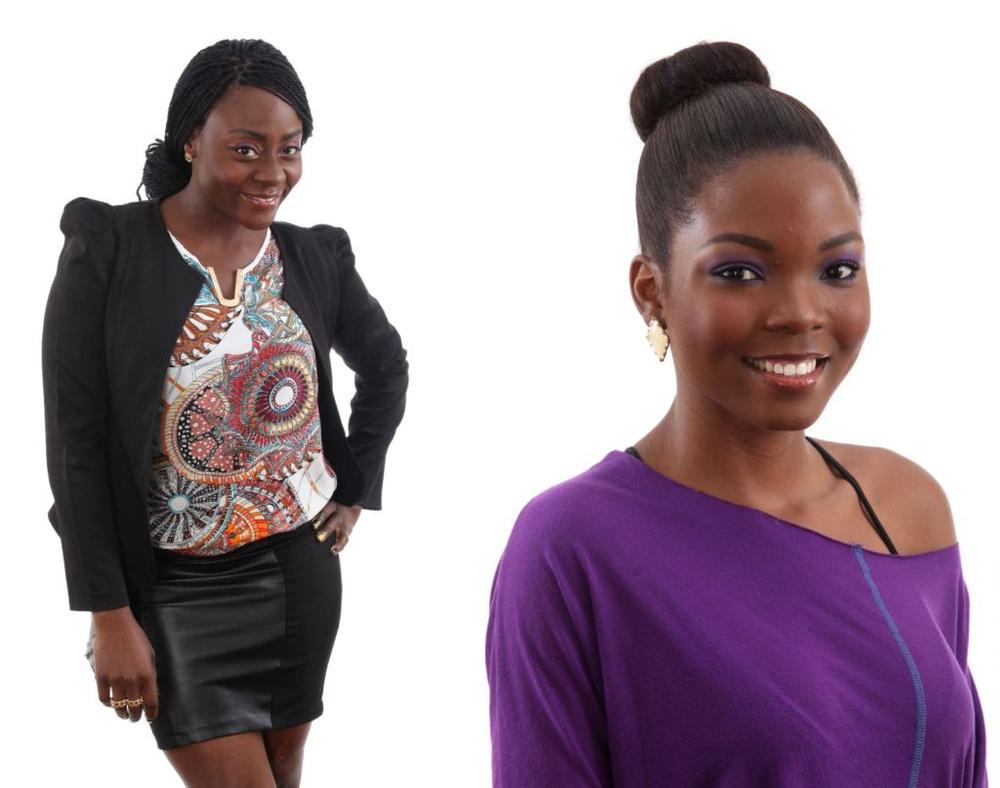 The dreams are already crumbling for the Big Brother Hotshots housemates as the first 2 get evicted.

Zambia’s Resa and Mozambique’s Mira became the first two housemates to be evicted from Big Brother Hotshots on Sunday 12th October 2014, after the first week which saw the housemates going all-out to impress the continent with their Hotshot talents.

All the housemates, excluding Laveda, who won the title of Head of House after scoring highest with the studio audience during the talent show, were up for eviction this week.

Africa voted, and with twelve housemates failing to win a country vote, the tie-breaker rule came into effect. The end result, independently verified by auditors SizweNtsalubaGobodo, was that Resa and Mira had drawn the least support from the continent, and were sent home.

It was a busy first week, with the housemates getting to know each other and delving into their first challenges. They won their first task advertising their Hotshots talents with posters, impressing Big Brother with their skills. Cliques formed, the first signs of mischief caused a stir and some housemates got quite close. Mira planted kisses on Luis and Nhlanhla during the very first party and Idris and Goitse hooked up just about immediately, though they’re playing it cool.

The housemates also got to participate in their first Extravaganza Task. Head of House Laveda chose the two teams and immediately caused dissention when it appeared she’d pitted the ‘artists’ against the ‘intellectuals’. As it turned out, team Waka Waka – the ‘intellectuals’  – impressed viewers most with their performance and won immunity from nomination this week.

Unluckily for group members Mira and Resa, that prize came too late, but it does give Sheillah, Nhlanhla, Luis, Macky2, Trezagah, Mr. 265, Sipe, Idris, Ellah, Butterphly and M’am Bea some room to breathe this week.

After checking out how the week had played out, IK called the housemates to order. After a trademark dramatic pause, IK revealed that Resa was the first housemate to be evicted from Big Brother Hotshots. After she said her goodbyes, she was philosophical when she joined IK on stage, declaring herself “at peace” and saying that she’d miss Sipe the most. The housemates weren’t off the hook yet, though, as IK took viewers back into the house and informed the Hotshots that someone else would be leaving immediately. Mira’s name was the next to be read out, sending the Mozambican home. After checking out her highlights on stage, she admitted that she’d gotten close to Luis during her brief stay, no surprise as she left the Namibian in tears after an embrace and kiss on her way out of the house.

Nigerian hip hop ambassadors Phyno and Olamide kicked off the show with their hit ‘Ghost Mode’ and returned again later on with a medley of their finest offerings.

With the housemates now offered a taste of reality after a week of settling in, things are going to get interesting during week two! Don’t forget to tune in to Monday’s Nomination Show (20:00 CAT on Africa Magic Showcase & Maisha Magic and 21:30 CAT on Africa Magic Family, Africa Magic World on GOtv), – and then switch across to DStv Channel 198 straight afterwards to see what Big Brother has up his sleeve for the nominees.