Colourful Conversations with Sika Osei: Claiming Back Our Worth As Women 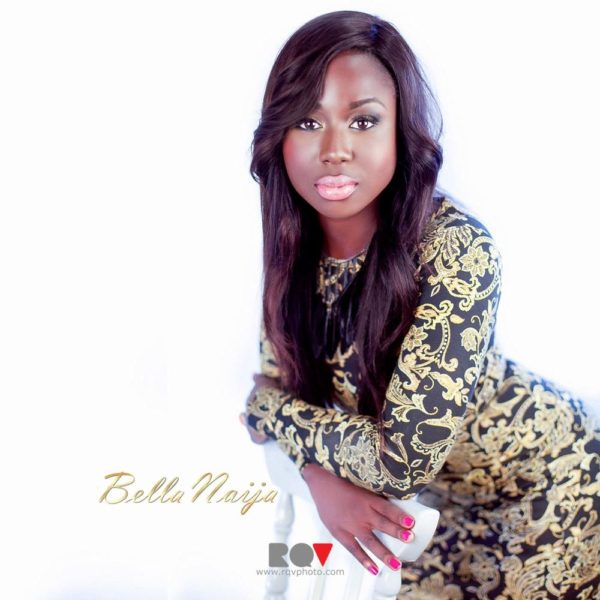 It was about 6:30pm when I got back to the apartment in Lekki. Traffic on the mainland was hectic, as usual, but I’d just finished doing a photoshoot for my first ever ‘New Nollywood’ movie so the adrenaline was still pumping. I’d barely had a sip of water when my flat mate asked if I wanted to accompany her to a company dinner. Think, think….’yeah sure, why not’ I said finally. So we called for a cab,freshened up abit, gave a good attempt at looking casual chic, and we were off to have dinner at one of the biggest hotels in Lagos.

At the entrance of the hotel, the cab driver was asked to open his boot for inspection. The arrogance of the security men and the wait was annoying. But for the sake of our safety, we were willing to bear it. What we weren’t going to tolerate, however, was what happened next. One of those ‘No, he didn’t’, ‘Did that just happen’ moments that has you firstly shocked, then angry and insulted ,then finally break out in laughter.

One security man knocked at the window and rudely asked ‘what business do you have here? Who are you here to see?’
‘Excuse Us?’ We said in unison, unsure if we actually heard him right. He proceeded to repeat the question in a ‘look at these young, promiscuous, girls coming to see big rich Ogas’ kind of tone. It was at this point I burst out laughing at the ridiculousness of the question. However, my quick tongue -no nonsense flatmate didn’t find it as amusing and took him to school. She asked hims pertinent, honest questions that was a shocking yet truthful reflection of our society and the deplorable mentality that keeps us stagnant.

If we were guys would you ask as that?
If we were sitting in a Range Rover or a Mercedez Benz would you think we were prostitutes, or would you rather batter up to us under the impression that we were wealthy?
Is this not a hotel with restaurants that we can come freely and spend our hard earned money here?
If we lied and told you a fake name would you even know who the person was?
And finally, what business is it of yours who we are coming to see and what gives you the moral right to assume and judge purely based on that fact that we are two young girls coming to a hotel?

All totally valid points. In the heat of the moment, sentiments expressed were necessary and called for. No one should judge and condemn people based on their beliefs and convictions. Stereotypes are fleeting and never a good basis for passing insensitive judgmental comments.

Thus, in an attempt to avoid a scene which we were certainly about to create, they mumbled under their breath, opened the gate and watched us march our way straight to the manager to complain. As you probably guessed, they were ‘outwardly’ apologetic.

However, after further pondering over the incident that night, I begun to reflect on the social implications and if perhaps, we as today’s modern young ladies had a bigger role to play in the perception of society. And my opinion is affirmative.

The level of materialism amongst us, the young ladies of today is visibly alarming. We want “The Kept Life”, i.e our bills paid, premium quality hair, designer bags and clothes, flashy cars etc and we want it NOW with the least amount of work and hustle possible. We depend more on our looks more often than our brains to give us our dream lives but on the reverse, we complain of lack of respect from the opposite sex. This new age position hasn’t helped much.

But all blame is not just on the females. The truth is, men don’t help the situation much either when they feel the need to throw money in the girl’s face, offering gifts and trips either as a way to prove their manhood or feul their egos.So yeah, if you’re offering, we are taking. It’s just easier. It’s only human nature.

There is nothing is wrong with accepting gifts occasionally, especially if the barriers of your morals and values are not crossed. Neither is asking for monetary help or even that in kind when you’re truly down on your luck and bend that push towards achieving something. The question is how does this affect your perception of the hard reality which is this; beauty is temporary. What happens after your looks fade (and they will) and do not bring you the gifts and life you once had, what do you do then? Would you have missed your opportunity to develop the necessary skills and mindset to fend for yourself with your own brains,skills and determination?Maybe!

I am of the opinion that we as young women must strive to experience the fulfillment of self-achievement and self-provision. We must always present ourselves with a sense of purpose. Everything else is a plus that we can live with or without. Perhaps if men also begun to put a premium and value in rewarding not just good looks and sexy bodies but drive and ambition, that may help to motivate us and begin to change this stereotype.

Trust, this will be hard to change if it’s possible at all. But if we as young women are also going to make a substantial contribution to the development of our world, and be examples for our younger sisters to follow, then just sometimes we must, with difficulty and self restraint shun the easy money and gifts and take the stand to claim our worth and make something of ourselves.

Sika Osei (Co-host for 53Extra) is a Ghanaian born TV Personality, Actress and Solicitor (L.L.B). She made the move to Lagos earlier this year and has been blessed to already be making waves in the industry having covered high profile events such as the 2014 AMVCA Live Red Carpet etc. She is also a passionate and creative writer and hopes to see her work translated to tv and big screen in the near future.