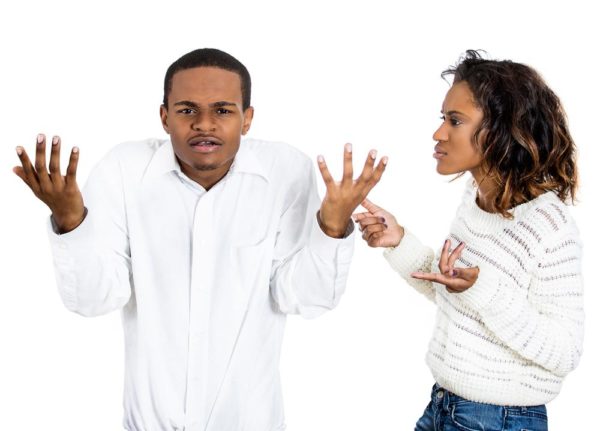 Recently, one of my very good friends found herself in a not so great place. She had been dating this guy for about 6 months and really liked him. They virtually spent all their weekends together, and some weeknights too. They cuddled indoors, dined out, went to the movies and had a great time together. He treated her like his baby and she felt they had a good thing going. The fact that he was in his late thirties and didn’t pester her for sex daily was also very welcome. He lived alone in his flat, so whenever she visited, they had the whole place to themselves and could be totally free with each other.

For six months, my friend enjoyed a blissful relationship with this guy and whenever his name came up, you could tell she was really falling for him, in fact she had fallen for him. An incoming call from him showed his nickname accompanied by a set of red lips – this always made me smile. She would talk about how mature he was and how there were no frills or thrills; it was just the two of them enjoying each other. She believed he was possibly the one. I was very happy for her because I knew her most recent relationships had been disappointing and I wanted her to meet someone who she liked and most especially, someone who liked her for the wonderful person she was.

Towards the end of the seventh month of their relationship, he became a bit distant, unavailable if you will. He was “busy” a lot and the ease of hanging out and being able to see each other at the click of the phone faded away. It was replaced by the need for arduous scheduling and repetitive asking. She initially put it down to something being on his mind – maybe work. However, things weren’t getting better and she started to get frustrated and eventually pissed. She gave it another month, hoping that whatever happening at work, will soon quiet down and they could get back to their loving, easy lives, this wasn’t to be the case.

Eventually, one Saturday evening, after he cancelled on her at the last minute after they had planned an evening of cuddling on the sofa with movies and Chinese food, she angrily stormed over to his flat unannounced and pounded on the door, prepared to have a full on confrontation with her boyfriend. She was, however, surprised to find a woman there. The woman had been crying and they were obviously having an indepth, serious conversation. The look on his face when he opened the door was a mixture of apprehension and alarm. He eventually composed himself enough to say he couldn’t see her right now and will call her later, all the while ushering her away from the door as he spoke.

It turned out my friends’ lovely, mature, “no frills or thrills” boyfriend was married and the woman was his wife. Not only was he married but he also had two kids. He had moved into the flat temporarily because he and his wife were currently working through some issues. The flat was conveniently in a neighbourhood far from his family home. The conversation my friend interrupted was the final reconciliation conversation and the very next day he moved back into their family home. The reason he had been unavailable for the past two months, was because they were in marriage counselling.

My friend was devastated to say the least. She was not interested in a married man; she was looking to find love with a man she could marry. She was also not interested in being the other woman but had accidentally been a mistress. What infuriated her the most was that she was completely blindsided. He was the one that pursued her. He didn’t wear a ring, he lived alone, he was attentive and caring, there were no family pictures on the wall to suggest he had one, she just never stood a chance. She was also upset at the thought of people assuming she’d known he was married and was happy to go along with it. I tried valiantly to make her see that he was the deceitful one and that there was no way she could have known, it was no easy feat. Personally, I was livid on her behalf, how do you lie blatantly about something such as being married. I mean, it is bound to be revealed eventually!

Ladies, so what do we do? Do we go all “inspector gadget” on the men we are seeing, lest we get a rude awakening! Beware of the married single men, they don’t have their rings on and some of them live alone.