Ebola: Ministry of Agriculture Warns Against Smuggling of Frozen Chicken 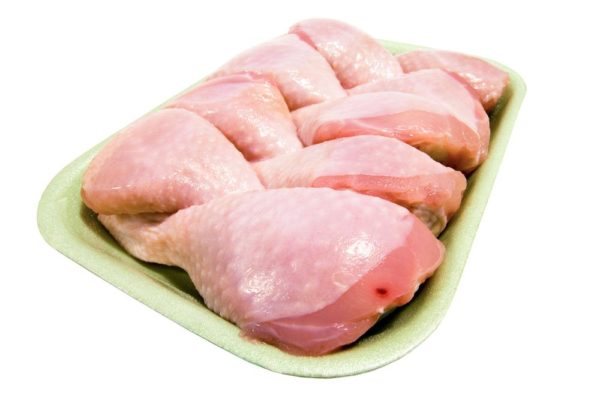 The Federal Ministry of Agriculture and Rural Development has warned Nigerians involved in the smuggling  frozen chicken to desist  from doing so as it could bring back the Ebola Virus Disease (EVD) .

The warning was contained in a statement issued in Abuja by the Federal Department of Animal Production and Husbandry Services.

The statement noted that the importation of poultry and poultry products had continued to find their way into local markets through several land borders despite the ban on such products.

It quoted the USAID Agricultural Information Network as reporting that 90 percent of frozen chicken in Nigeria comes through Benin Republic and other West African countries.

It  also blamed the decline in the consumption of local chicken, loss of jobs provided by the poultry industry and decrease in national income generated from the poultry sub-sector on the illegal trade.

Although the statement acknowledged that the sale of frozen chicken had become a means of livelihood for some Nigerians, it stated that its continuous consumption posed a great health risk.

Some factors adduced by nutritionists for its health risk include the length of storage of frozen chicken before reaching Nigeria.

According to the statement the quality is usually very low due to the break in cold chain during several hours of land journey in Nigeria through illegal routes.

The statement also identified the absence of quality certification or standard of instruments used as another source of health risk.

Besides the above factors, the recent outbreak of EVD in some West African countries had shown that the handling of these products could transmit the disease, the statement said.

It said that people handling these frozen chicken were not known and as such, there were no checks on the storage facility and the mode of transportation.

The statement also claimed that the deaths caused by the EVD and burial places, may not have been properly reported in some of these West African countries.

It warned that Nigerians should not assume that all affected West African countries had achieved 100 per cent tracking and control of EVD as Nigeria had done.

“It is on this note that the Federal Department of Animal Production and Husbandry Services is calling on Nigerians smuggling chicken to desist from doing so.

“The department is also calling on the Nigerian Customs Service to step up surveillance to further curb this illegal trade.

“Similarly, agricultural and health watchdogs must keep a vigilant eye on poultry product to prevent contaminants in the product”, the statement further said.