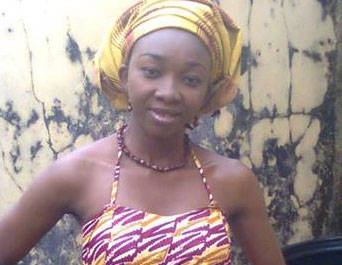 Sam Ejelonu, the father of Justina, the first Nigerian nurse, who died of Ebola virus disease, has decried alleged inhuman treatment to his family by his daughter’s employer.

Justina, who was employed by the First Consultants Medical Centre, Lagos, died on August 12th, following her contact with the index Ebola case in Nigeria, the late Patrick Sawyer, a Liberian.

Ejelonu made the allegation in an interview with the News Agency of Nigeria (NAN) in Owerri.

He said that since the death of Justina, no member of staff of the hospital had visited the family.

NAN reports that Justina contracted Ebola virus on her first day at work at the hospital, where the late Sawyer was rushed to, on July 20th.

Sawyer died four days later at the hospital. Justina was said to be pregnant as at the time she was infected with the virus while attending to Sawyer.

Ejelonu said, “I heard of my daughter’s predicament leading to her untimely death, in the news.

“No person from the hospital or Imo State Government has visited to sympathise with my family on her death. He told NAN that he only received calls from two people who probably called from the hospital to express their sympathy.

“The most painful report to the family is that Imo Government wants to immortalise Justina for her patriotism.

“No contact was made with the family from the government’s side,’’ he said.

Ejelonu described the treatment from Justina’s employer as unfair.

“My late daughter just finished national service when she secured the nursing job.

“Even, if it was one day she worked, the record has it that she was in the employment of an organisation.

“If my daughter was a house servant to somebody, will it not be honourable for people to visit the family and condole with the parents over her death?

“I must be sincere with you, I do not want anybody to bring my mind back to Justina’s case.

“The hospital and the government are being managed by human beings; the people know what is fair and just,” he said.

He said that the death of his daughter was traumatic, adding that the family members had yet to recover from the trauma.

However, when NAN visited the hospital, Simon Tashie, the hospital’s Director of Administration, said that the hospital had identified with Justina’s family.

“We are in touch with the family. We also sent a delegation to attend her funeral ceremony at the Church of Advent, Anglican Communion, Umubo, Ubonukam Onicha, Ezinihitte Mbaise, Imo State, on November 1st,’’ he said.

Also, Florence Emeribe, the Director of Nursing Services at the hospital, said that Benjamin Ohiaeri, the hospital’s Managing Director, was aware of the complaint.

Emeribe, who was Justina’s supervisor, said that she was not in a position to comment on the matter.

According to her, it is only the managing director that can respond.

“The managing director has been told of your mission to this hospital. He is busy right now and will get back to you as soon as possible,” she said.