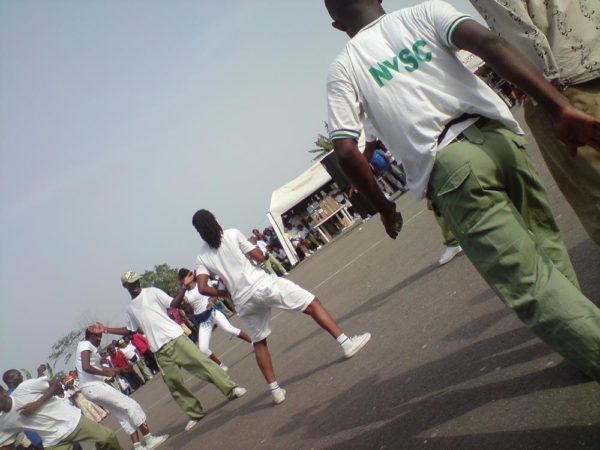 Youths obey the clarion call…
Let us lift our nation high…
Under the sun or in the rain…
With dedication and selflessness…
Nigeria is ours…
Nigeria we serve.
~Nigerian Youth Service Anthem.

I was posted to Ekiti State for my Nigerian Youth Service Corps Year and it has been one bad news after the other from the lips of others.
Ekiti State does not have money oh…
Ekiti State Government nor dey pay well…
Ekiti State nor dey do this and that…

The reports have generally been the same from youth corpers serving in other States, and sincerely, it is just tiring.

I do not intend for this article to be turned into a debate on whether or not the Nigerian Youth Service Corp scheme has lost its usefulness in Nigeria, but I would also love to point out that we have corpers whose lives never remained the same after their service year.

I had read about Otto Orondaam and saw him for the first time when I went for an event while I was in Nigerian Law School. No, let me correct that, I didn’t see him before I recognised him; I saw his name on the list I was holding and I recognized it immediately.

Because he had made a difference; one which started from his NYSC year. The same service year some youths engage in, angry and filled with indignation at the thought of serving Nigeria for one whole year.
The same service year that others come out from with nothing but kids smarting from the strokes of their cane and no positive impact made in their lives whatsoever.
You sit there and grumble about the yoruba kids who cannot speak English language in your class while others are bring up innovative ideas to help.

There are kids who will never forget another corper just like you because of the seeds that were sown in their lives by that youth corper.

Who would recognize your name on a list after your service year? Not for things you have taken but for impacts you have made?

If I hear one more “there’s no money in Ekiti State”, I swear, I will throw up. This is not the time to moan and cry. It’s time to THINK and IMPACT

We (youths) need a total overhaul of our mind sets. Youths have served in NYSC like us and emerged with sustainable indelible footprints in their PPA States. We think NYSC is just for a year but if we take this negative thinking into the world, then we are practically done for.

This is not just about allowee of 19,800Naira, this is more than that. Whose life can we touch in that so-called dry State we were posted to? If that State is indeed as dry as we say it is, then how can our entrance make it better? After all, we chant ‘I am the light and salt of the earth” from the Bible each day.
Does the light shine only in selective places or in everywhere it goes? Some persons went to NYSC Camp to have fun and that is not bad in itself, but I always say that I was inspired beyond bounds during in my time at orientation camp. Yes, the lectures were boring but still, they stirred something in my spirit.
In as much as terrible news and views abound about NYSC, there also abound greater stories of youths who made impact in their PPA States before they left.

Which would we be? The whiners?
Or the winners who will fight to leave imprints on the sands of time in these States?
Not for the awards, but for a genuine interest in impacting lives positively.

It depends on us.

You could waste the one year and trash your khaki with furious indignation afterwards…
Or you could invest positively in some lives and look back fondly at your time spent during NYSC.
It is your choice.

You could take out these last days of the year to plan how you will make an impact during your service year in 2015 or you could go back to your PPA State angry at the Nigerian Government for not scrapping out NYSC.

Either ways, you have one year laid out in front of you. To bemoan and waste it?
Or to impact and leave footprints on the sands of time and hearts?

Which one would it be? I hope you chose wisely.