Nicole the Fertile Chick: When Trying To Conceive Takes Over Your Life 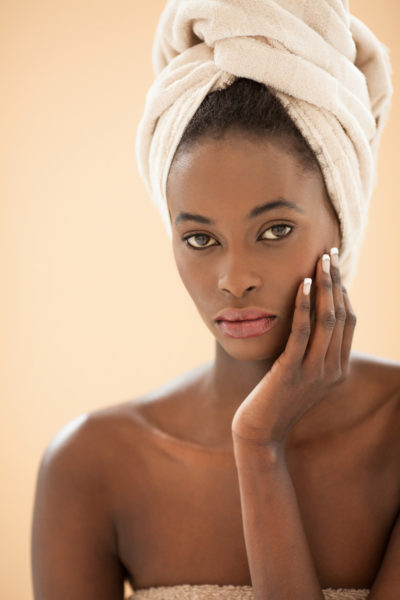 There is no woman on a bigger mission than she who is trying to conceive. I realized this first hand. Her every breathing, waking, and even tranquil thought revolves around baby. That is her obsession.

At work, my productivity took a nose-dive. I was constantly on the internet, looking for answers to everything and anything. I researched all the causes of infertility, and diagnosed myself with every single one of them. I joined a dozen online forums, and when I wasn’t posting a plethora of questions, I was constantly on the lookout for responses and new posts. I knew what every day of my cycle was supposed to bring, and how Dr. Google said I was supposed to feel. How I did not lose my job is a mystery to me.

With my close friends, our conversations would almost always navigate to how I was feeling at that time….who had made an insensitive comment, who had just gotten pregnant…..what treatment I was on….it was me, me, me! What an emotional drain I must have been! Neither of my 2 best friends was trying for a baby, or even married, at the time, but they had to constantly listen to me whine and complain. Even when we were out at the movies, or having drinks, at some point in time, the topic would be my current (in)fertility misadventure. God really worked overtime on those beautiful ladies, because they were too good to me!

Going to church was another thing. I will confidently say that for 3 years straight, I probably did not hear a word of the sermon at Mass. I was almost always fixated on some baby or the other. And to make matters worse, my fellow parishioners were so fertile it was ridiculous! There was this family that added a new child to its brood every-single-year! Every Sunday, they would fall into church in a confused, disorganized mess, the mother permanently irritated and exasperated in her bid to control about 5 toddlers, with the remaining 3 or 4 older children, and even their father, not helping much. And there I would be, every hair intact and nothing out of place, but wanting so much to trade places with this woman. And the issue with church was not just coveting other people’s children, it was also having to deal with all the innuendo, pity, and even gossip. As the number of days from your wedding (which most of them had attended) increased, so did the questions, the concern. Some would vocalize this concern, others wouldn’t, but it was always there….in every conversation, in every greeting….the proverbial elephant in the room! In the end, I would leave church feeling worse than when I got there. It was much later in that journey, when I reconnected with God, that I was able to drown the white noise, and find peace in His house.

And my mother….my dear, dear Mother…she was probably the only one in the world more anxious than I was. She tried to present a cool and calm demeanor, but before long, she would be reeling out Bible Passages and Psalms I had to read, prayers I had to say, Holy Water and olive oil I had to douse myself in, etc. My “situation” was her every waking thought, and I know it was the reason she spent hours at the Blessed Sacrament, day in, day out. Oh Mommy dearest! What would I have done without you?

But the aspect of my life that perhaps suffered the most was my home life. My poor husband always found himself getting an earful. It was a constant moan fest about why this was happening to us, about how many of our friends, colleagues, neighbors and acquaintances were pregnant, about how I was sure he would leave me and go have children elsewhere, about how unfair the universe was being to us, about what sex position and timing I had heard improved pregnancy chances, about what vitamins and supplements we both should take it, about how he was being selfish by refusing to take said vitamins and supplements….it just went on and on. I couldn’t put on the TV without thinking baby! I couldn’t open a magazine without thinking baby! My dear husband had the patience of a saint. He never tired of listening to, and reassuring, me, but also never hesitated to scold me when my ranting veered into foolish zone. He was truly awesome.

It wasn’t till my first cycle of IVF failed that I finally realized I had to take a chill pill. It pretty much took my world crashing down from that disappointment for me to reassess my life. I was able to accept that there was a possibility that I might not have any biological children. I had to decide if I was going to spend the rest of my life chasing shadows and possibly losing everything that was important to me, or taking my life back. I basically had to hit rock bottom to be able to pull myself up, and stand again.

By the time I was on my second cycle, I was in a much better place mentally, and was far less of an emotional drain on my loved ones (at least, I hope so ☺). I was able to honestly adopt an accepting outlook, open to the fact that the cycle could, or couldn’t, work. I was able to finally release everything.

And with that, I had a much better outcome.

Basically, I learnt that yes, if I allowed it, my infertility could consume my life. But what is life if all relationships, all achievements, all ambitions end up destroyed. It might be difficult, but we need to be able to find a way to exhale…and to release! Even when traversing this road of infertility, take time to stop and smell the roses. Take time to appreciate the things that ARE going well for you. Do not compromise your marriage, friendships, career, or even reputation for it. Because, guess what?! One day, hopefully, that infertility journey will end. It is critical that you ensure that everything else in your life is not in cinders. Food for thought!

Here’s wishing us all the best 2015 has to offer! Happy New Year, folks!